From Techno to Classical, the Intangible Benefits of Music 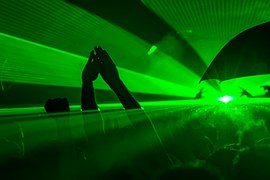 Music is such a strong, influential tool in our lives. It has the power to induce certain emotions from us, and mold our habit of thinking in ways we least expect. Due to the philosophical hold it has, there’s an imperceptible bridge that connects us to different cultures, millions of people across the globe. More than providing entertainment and ambiance, music, as a whole, also impacts our overall learning and memory process.

There’s a study on Academia about how music affects university students. As a matter of fact, actual music students, or those who took up art-related courses, have better GPAs and are mostly higher achievers than those who aren’t involved in the craft. The Netherlands, Hungary, and Japan, are just some of the countries that put a premium on this subject’s study and participation. Now for us to further understand the concept of music and its overall influence, let’s start with the basic premise of all: evoking a particular emotion.

We now live in a fast-paced society where technology is slowly creeping into our consciousness, not to mention gradually taking over our lives. From software programs on EDM Ranks that make hip techno music production fairly simple, to online gaming platforms that present us alternatives forms of entertainment, to other digital streaming services, this day and age offers us the utmost convenience like no other. With this, comes the price we have to pay when it comes to rewiring our brains to focus on the bigger picture.

There was an article recently published on Pocketfruity, a gaming company based in the United Kingdom, that talks about the different ways of how music affects a person’s involvement. In the article More Alchemy Than Science, Dan Lamond, a game designer and producer, claims that sounds play a major role in instigating a positive feedback to and from a player. He also added that all of these ear candies contribute to the total experience and enhanced playability of games. Basically, it boils down to grasping the relationship between negative outside factors and our psyche, as well as setting the foundation to lessen these unwanted mental strains. Having said all of the above, there’s still the lingering question about whether or not music genres really matter? To put things in perspective, let’s take contrasting ones like techno and classical.

Techno music, a genre defined by heavy bass music and upbeat sounds, induces adrenaline plain and simple. It’s one of the main reasons why parties usually have this blaring on the club’s speakers. Andrew Leung, a music writer on Mic.com even goes as far as describing this aggressive music among the riskiest types to listen to while driving. In contrast, classical tunes evoke a sense of calm and relaxation. Though this piano- and string-instrument-centric genre is a go-to for expectant mothers and students, according to The Telegraph, it has no deeper effects in relationship of artist and auditor. Listening to EDM, on the other hand, stimulates a heightened emotional involvement with the music and its followers.

All in all, music does a lot of wonderful things in our lives. It doesn’t matter if we prefer techno beats to classical tunes, or vice versa, as long as we know how to appreciate the subject as a whole, we’re in for a treat. At the end of the day, regardless of the genre, listening to music really has tons of intangible benefits, factors that will help us in our everyday lives.