Taking Meds – My Life as a Bro 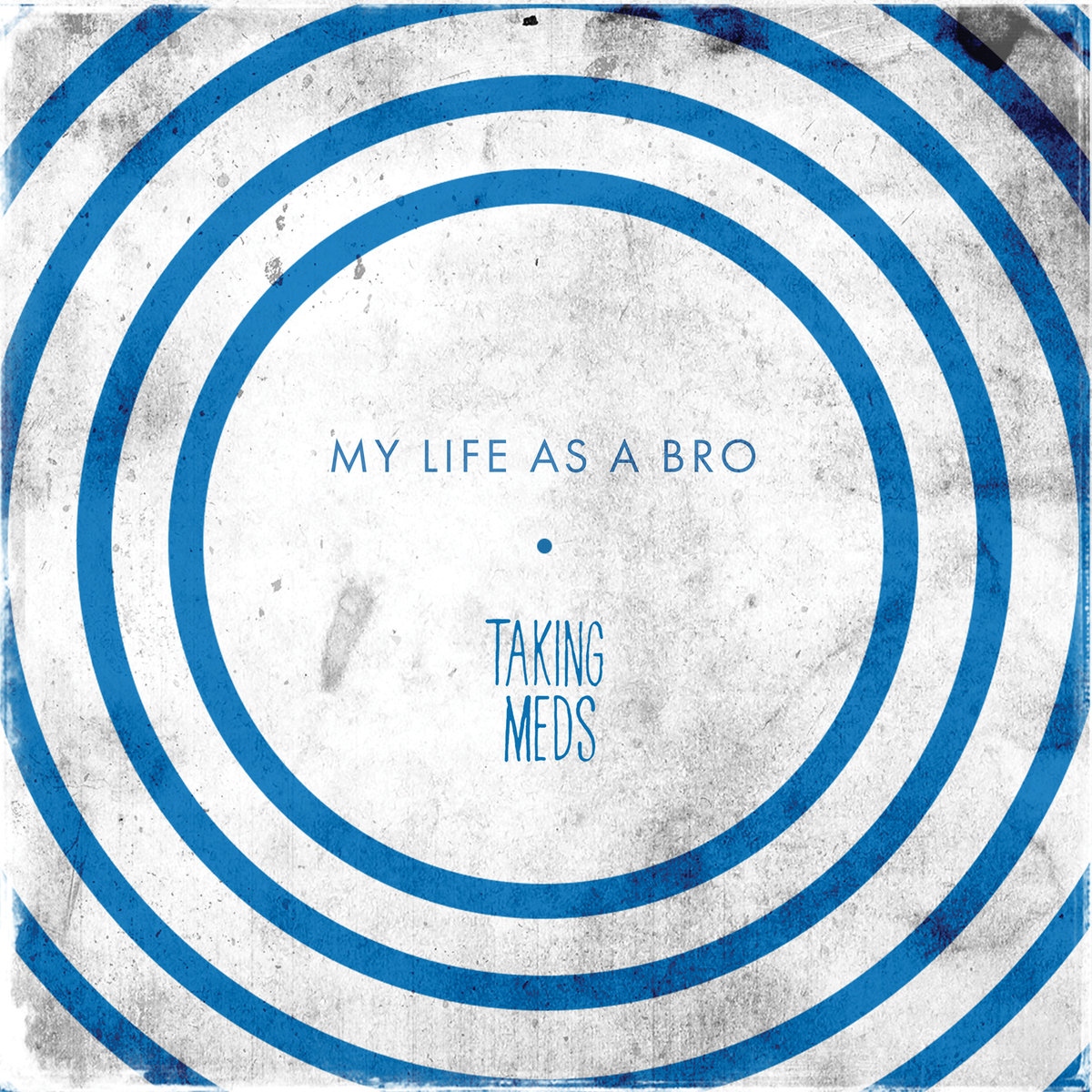 Pieces of punk, a pinch of indie, a bit of math rock, and bitter pathos get thrown together to form the sonic base for Rochester, NY four-piece, Taking Meds. Released November 4th via Broken World Media, the band’s full-length debut record, My Life as a Bro is a sonic endeavor that seeks to incorporate math rock inspired riffs with the indie-punk sound that various members in Taking Meds had been playing with in their previous band, Such Gold. Lead vocalist and guitarist, Skylar Sarkis, who left Such Gold in 2013, along with current Such Gold members, lead guitarist and vocalist, Ben Kotin, bassist, Jon Markson, and drummer, Matt Battle. Taking Meds started when Sarkis was a part of Such Gold where he along with Kotin started experimenting with math rock style guitar compositions.

My Life as a Bro opens with “Taking Meds” which gets up and going quickly. Full of disjointed guitar notes, backed by some frantic Lightning Bolt style drumming. The track doesn’t mellow out and keeps the energy high. It blends together what fans of Such Gold and indie and punk music are used to with atypical guitar work by Kotin and offbeat time signatures.

This back and forth between genres is an edge that Taking Meds teeters on throughout the record. The following track, “I Only Want to Listen to My Own Band” is more mellow compared to the lead off, but still incorporates sonically interesting compositions, like the ending of the song which is dismantling of the traditional pop song structure. Complemented by Sarkis’ vocals, the song gives off a Minus the Bear feel in the best way possible. “Hole in Hand” is where the teetering back and forth starts to veer off course. It’s a very straight ahead song with good songwriting and lyrics that are relatable for those who are trying to find their place among everyone else. But it ends up feeling like an underachiever when compared to the more complex arrangements found elsewhere. It’s hard to separate the two sounds, because much of the record likes putting them side by side. The dissonance between the traditional and the non-traditional is effective in most songs. So the absence of this dissonance is striking on “Hole in Hand”

Conversely “Blue Shirt Boogie” and “Comfort in Poor Planning” are both strong outings that effectively bring together various elements of indie, punk, and math rock. Featuring non-traditional drum and guitar arrangements, punk music aesthetic, relatable lyrics that latch onto you and that you end up repeating to yourself without realizing it and super tight playing between four band members that have known each other for a longtime.

You can listen to Taking Med’s My Life as a Bro for free on their bandcamp and will be able to catch the group live when they start touring in February.