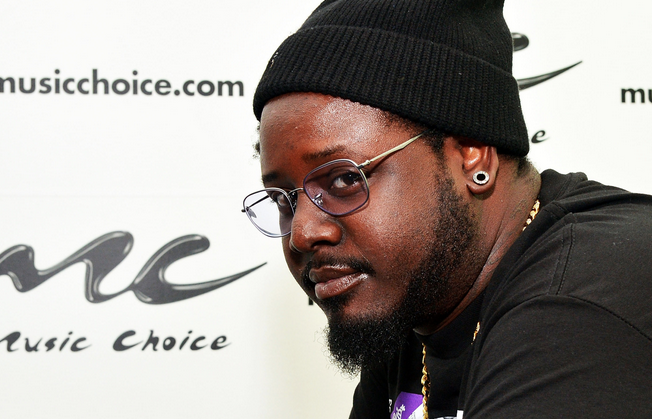 What a week it’s been for T-Pain. The premiere hook-man of the late 2000s was the face of the auto-tune era in pop-rap music, but few people knew that there was so much more to this artist. When T-Pain began using auto-tune, it was innovative and creative. As with any fad, at the decline of it’s popularity, auto-tune in pop music was looked at with disdain. We believed (often times correctly) that is was a crutch for those that lacked real talent. There were artists like Kanye West and Bon Iver who received exceptions from this perception, due to their artistic integrity, but T-Pain was thrusted in with the former group.

What everyone forgot until seemingly recently was that T-Pain was using auto-tune before nearly everyone else. Auto-tune was popular because of him, but it wasn’t bad because of him. It was bad because people who couldn’t sing tried to mask their talent with it. T-Pain can sing though, it’s just that no one realized it until he appeared on NPR a week ago. Performing more natural, sensual versions of some of his biggest hits in this viral video,  Pain is returning to our thought. In the video, we see a truly delicate, almost hurt T-Pain halfheartedly mock himself, asking the audience if they knew where the auto-tune would come from. But, all we end up hearing is Pain’s soulful, true voice backed by his keyboardist.

Confidence creeps into his voice as Pain’s audience provides him support in the intimate performance. Although T-Pain has been performing live without auto-tune for years, recent months have brought forth revelations that the artist has been uncomfortable with his legacy. He’s an artist who was so synonymous with his craft that when the aforementioned Kanye wanted to use autotune heavily on 808s and Heartbreak, he brought T-Pain into the studio to teach him the craft. But Kanye is a dick, and it’s something even his biggest fans like myself can recognize. Kanye brought Pain into the studio, shut down his ideas, ignored his advice, and went as far as coming up with a whole song mocking him that the whole crew would take part in singing. T-Pain couldn’t even get respect from the person that he won a Grammy with, and ended up washed up at 27 years old.

T-Pain appears to be back however, with a whole new identity. Following the virality of his Tiny Desk Concert, he’s released the title track off of upcoming album Stoicville. The album is set to be a personal, raw commentary on his rise, fall, and rebirth, and that’s exactly what evokes from the “Stoicville” single. Far removed from the auto-tune, Pain opts for poetic-rap flow, detailing his insecurities along with stern words for those who have mistreated and deceived him. In a world filled with rappers shouting out their “haters” is an artist who has received real, malicious, undeserved hate. “Stoicville” is a powerful response from a man who has so many detractors that he named his album after the emotionless state that he feels forced to stay in.

Yes, this is the same guy who crafted “I’m in Luv with a Stripper” and “I’m Sprung.” Those songs were fun in themselves, but Pain is at a different stage in his career and life. The talent that he’s always had in songwriting is being reappropriated into serious, heartfelt hybrid rap songs. Listen below to “Stoicville”  as T-Pain’s natural and emotion rise and fall with a beautiful, moving beat. Stay tuned for more from T-Pain as he crafts a new sound and image for himself in the coming months.