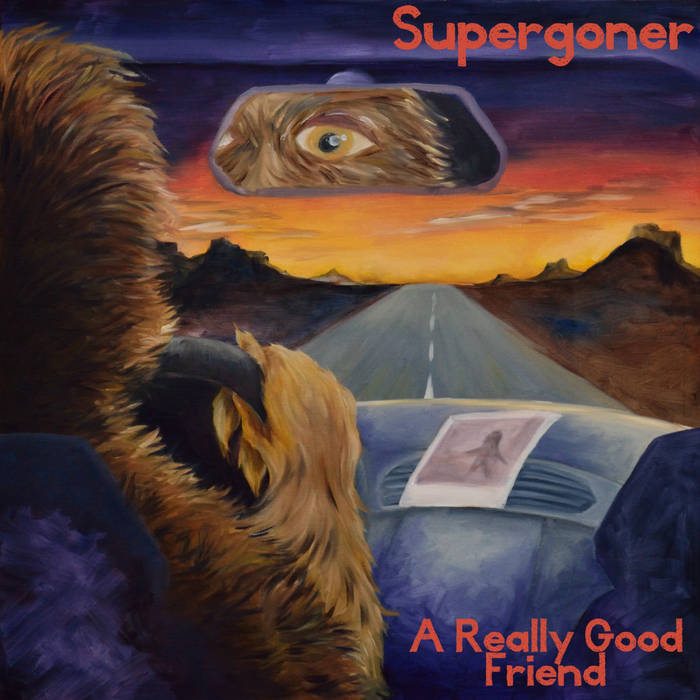 Buffalo 90s indie rock outfit Supergoner has come back into the light after a break with the release of their album A Really Good Friend. With guitarists Sean Wild and Mike Fuller experiencing fatherhood and drummer Bill O’Connor moving to a farm in Watkins Glen, the band took a bit of a hiatus from Supergoner. The band has been a part of the Buffalo indie scene since 2003, with three of the members coming from the defunct Concubine, and bassist Lisa Yamagishi rounding out the group.

A lot of the guitar work on A Really Good Friend pays homage to indie rock in the ‘90s. The guitar solo on “A Lot of Nothing” is reminiscent of the guitar stylings of a Dinosaur Jr. song; loud, smooth and rolling. Heavier guitar work comes out on “White Lines,” with the guitars coming in along the lines of punk, but also returning to the lighter side towards the end of the song

There is also a mix of the vocals on the album. Sometimes coming as gruff like in “White Lines,” but often leaning towards the softer side. In “Devious/Tedious” we get a softer background vocal from Yamagishi as Fuller takes the lead on the song.

A break can affect what direction a band goes in sonically. Whether it is a shift in sound or a changing of members; this period is important for creation. Supergoner takes it back to the roots of ‘90s indie rock and pushes their sound in that direction completely.  A Really Good Friend is not a return to form for Supergoner, they are just showing that they never left in the first place.