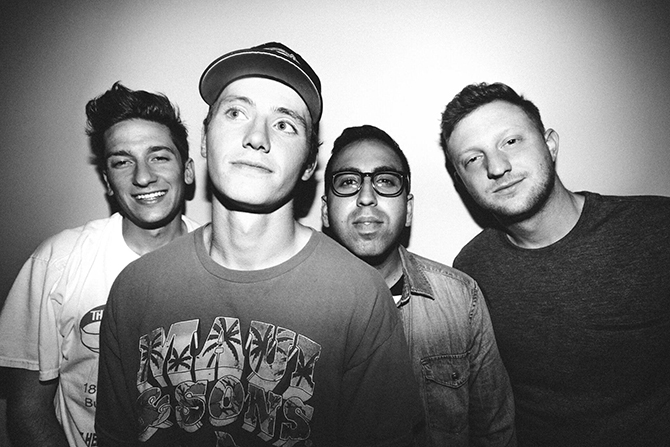 One of our favorite pseudo pop bands, Super American, revealed yesterday their new single and video for “Sloppy Jazz.” The track is much what we have come to expect from lead singer Matt Cox’ holdings – literate story telling with a touch of “Wait, what? I don’t follow,” with a super hook. However, the band’s latest effort has distanced itself a  bit from the band’s earlier pop-punk leanings. There is much more of an alt-rock, indie pop vibe. Don’t worry, Super American still throws in their patented group chorus and duel vocals, which at this point they have seemed to master with the addition of Lovey’s Fred Cimatto and Pat Feeley.

Shot by ex-All Blondes Go to Heaven drummer Andy DeLuca, the video cuts in and out of a high school dance-like photo opp all with a nineties tinge. “Sloppy Jazz” will be available for purchase on September 6th on Spotify and Apple Music. You can also catch Super American live at Nietzsche’s on Saturday, September 10th with Cooler and Jouska. In the meantime, check out the video below.