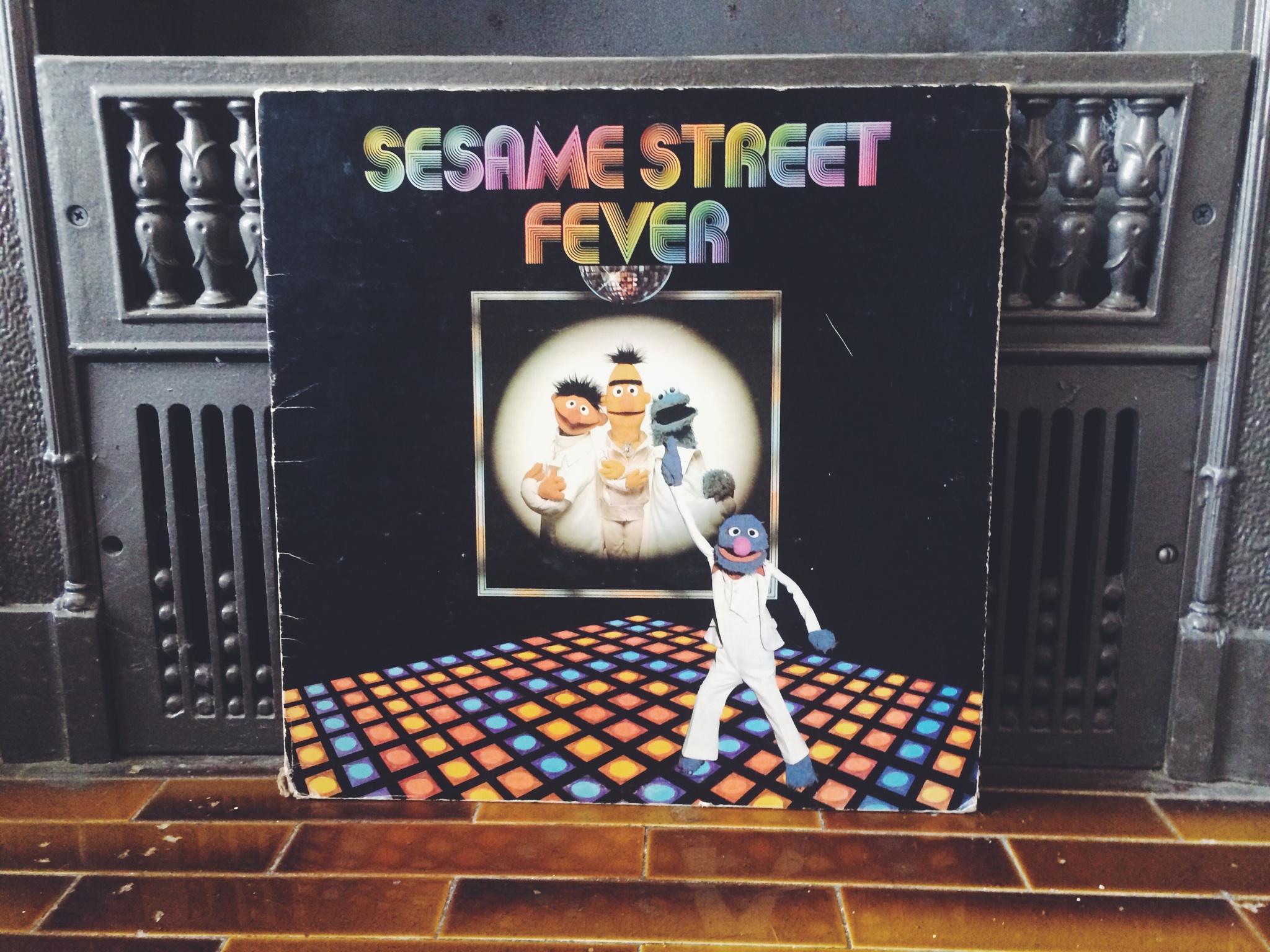 Another year has passed and my musical evolution has continued on. Record Store Day is coming up once again, and I have a story to tell.

My grandparents introduced me to vinyl. When I was small, I was fascinated by their turntable. I would push the glass door gently so it would pop open. My grandmother, the matriarch of the Greco family, would come over and help me pick out a record. Their collection was filled with the classics, especially the beloved Frank Sinatra. Probably around three or four years old, I would always pick out Sesame Street Fever which she would then drop the needle on so I could dance around in the living room. The hilarious child-inspired rendition of Saturday Night Fever, SSF is a concept album made by Sesame Street in 1978. The album artwork is ridiculously and hilariously on point. Bert, Ernie and the Cookie Monster pose in disco fashion; Grover strikes a “stayin’ alive” pose on a lighted dancefloor as Travolta does on the original. The tracks are all heavily inspired by the disco era.

“Me feel like eating cookies and dancing at the same time, get down, get down,” the Cookie Monster grunts on the track “C is for Cookie.” I re-listen to it now as a 23-year-old woman, and all I can think is how things have stayed surprisingly the same in the past 20 years. My complete passion for dancing as well as music has prevailed and only grown stronger, just as my love for cookies. “Disco cookie … All kinds of cookies,” the blue monster yells. All I can imagine is a side-by-side video of my three-year-old self and my current self getting way too groovy.

As each year passed, my music taste changed as I explored more genres and was introduced to new realms. I started my record collection maybe three years ago and was unfortunately limited due to a college budget and a relatively strong (emphasis on relatively) means of self-control when it comes to buying records.

I have filled a crate with an assortment of vinyl, and it continues to grow. Syracuse’s shop, Sound Garden, brought me to most of my wax: Jamie xx edits, two Biggie albums, Sleigh Bells’ latest two records, Purity Ring, Sufjan Stevens’ Greetings from Michigan, a compilation record from Ninja Tune & If Music, a used copy of Springsteen’s Darkness on the Edge of Town, the Fugees’ The Score, which was a constant for me when I was maybe 11 years old, and also somehow discovered a vinyl copy of lullaby renditions of Jay Z.

I scored a few records at yard sales and thrift stores, as well as a random collection of classic rock that was given to me. I explored the unknown by buying a couple mystery records, without knowing who the artist was or what it would sound like. What Greco collection wouldn’t be complete without Volare & the Golden Hits of Italy, the soundtrack from the Godfather, Jerry Vale, as well as multiple Sinatra albums?

Completing my Led Zeppelin collection is still a work-in-progress; what I find most beautiful about it is that even though their records are coming slowly into my life, each one has it’s own story to tell. My first New York City record store purchases were Danny Brown’s first ever Hot Soup, along with Champagne Sounds by Obey City and a hot pink-colored vinyl from UK producer Joker, which I found at Turntable Lab.

Most importantly, I have now added Sesame Street Fever to my own collection. Last year my grandmother passed away exactly around this time. In addition to some other things that were passed down to me, my Papa also gave me that record. This year, that’s what the reflection on vinyl for Record Store Day means to me. To be able to physically hold such a pivotal memory, is an immeasurable beauty. To feel that innocent dancing joy reverberate through the air waves means everything to me.

Still diggin’, always dancing, a world without music would be nothing.