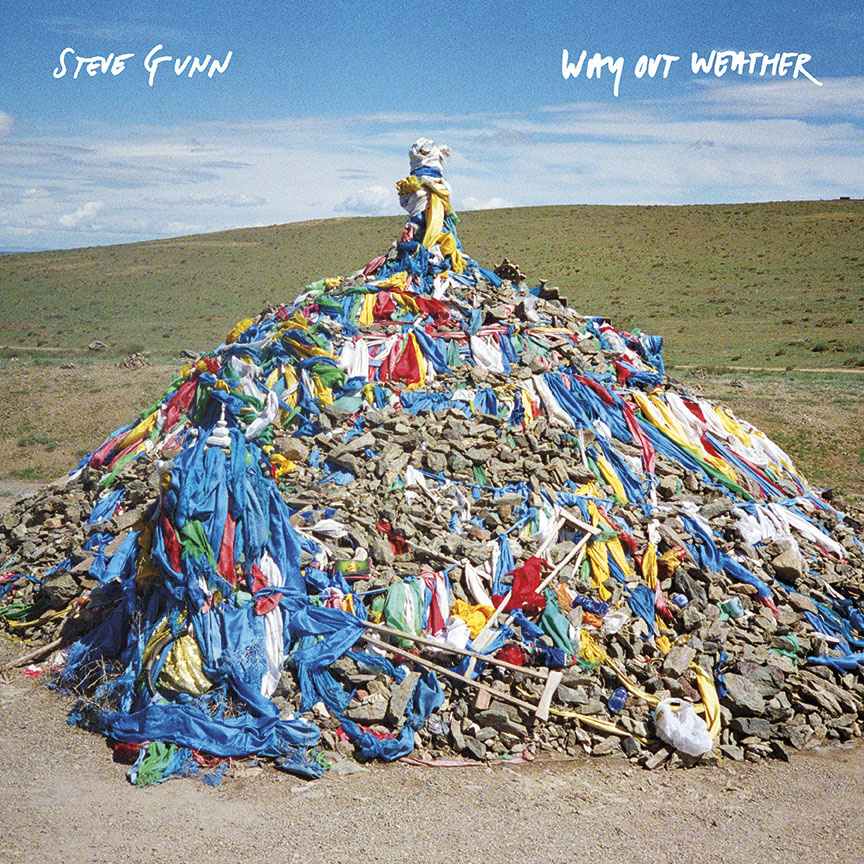 Weather is probably the most common topic brought up amongst strangers. And its broad, unrevealing nature was something Steve Gunn had in mind when putting together his new album, “Way Out Weather. “Way out weather is a common song,” Gunn sings on the album’s opener. The Philadelphia-turned-New York City musician’s previous release, Time Off (2013), was the work of a purist not influenced by the exhausting nature of the city. It featured tumbling travis-picked acoustic guitar accented with light bass and guitar solos that wouldn’t dare wake up a sleeping baby, leaving the spare character of his songs almost wanting to be colored with something more. With his new album, Way Out Weather, they have been. Keys, banjo, and a sweeping pedal steel give a panoramic, widescreen feel to each of the album’s nine songs.

Songs like “Wildwood” and “Fiction” bounce along some old country road. These are traditional roots-rock songs, but not boring. You can feel a storm brewing in the distance on Way Out Weather that doesn’t burst until the album’s closer, “Tommy’s Congo,” an over 6-minute jam that rages like a flooded river.  But it’s the giddy-up nature of “Drifter” and the celebratory “Milly’s Garden” that will give people who passed on Gunn the first time around a reason to look again.