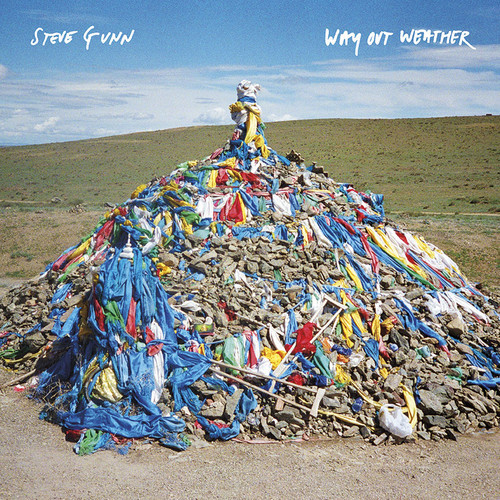 Steve Gunn’s music sounds like coming home after a long journey from some far away place. Last year’s Time Off was a spare and easy album to fall into, comprising of Travis picking guitar figures that hint at the Dead circa American Beauty. I saw him earlier this year in an air condition-less club in Northampton, Mass., and I dug his set more than Kurt Vile’s, who Gunn opened for (and at one time backed up). On stage, Gunn seemed bothered and disinterested, telling the crowd that his music was on sale in the back before trailing off and mumbling, “It’s complicated.” His music, though, was the exact opposite: simple and serious, comprising of just him, a drummer, and a bassist. His guitar style feels like you are being strummed up and down by a thousand feathers, and his voice is pure.

“Milly’s Garden,  the new single off his forthcoming album Way Out Weather (Oct. 7), looks more outward. Gunn’s plaintive voice is joined by more musicians that fill out his sound with slide guitar and organ. Still featured are extended moments of jamming that snap back into verse. It’s a sign of good times to come.