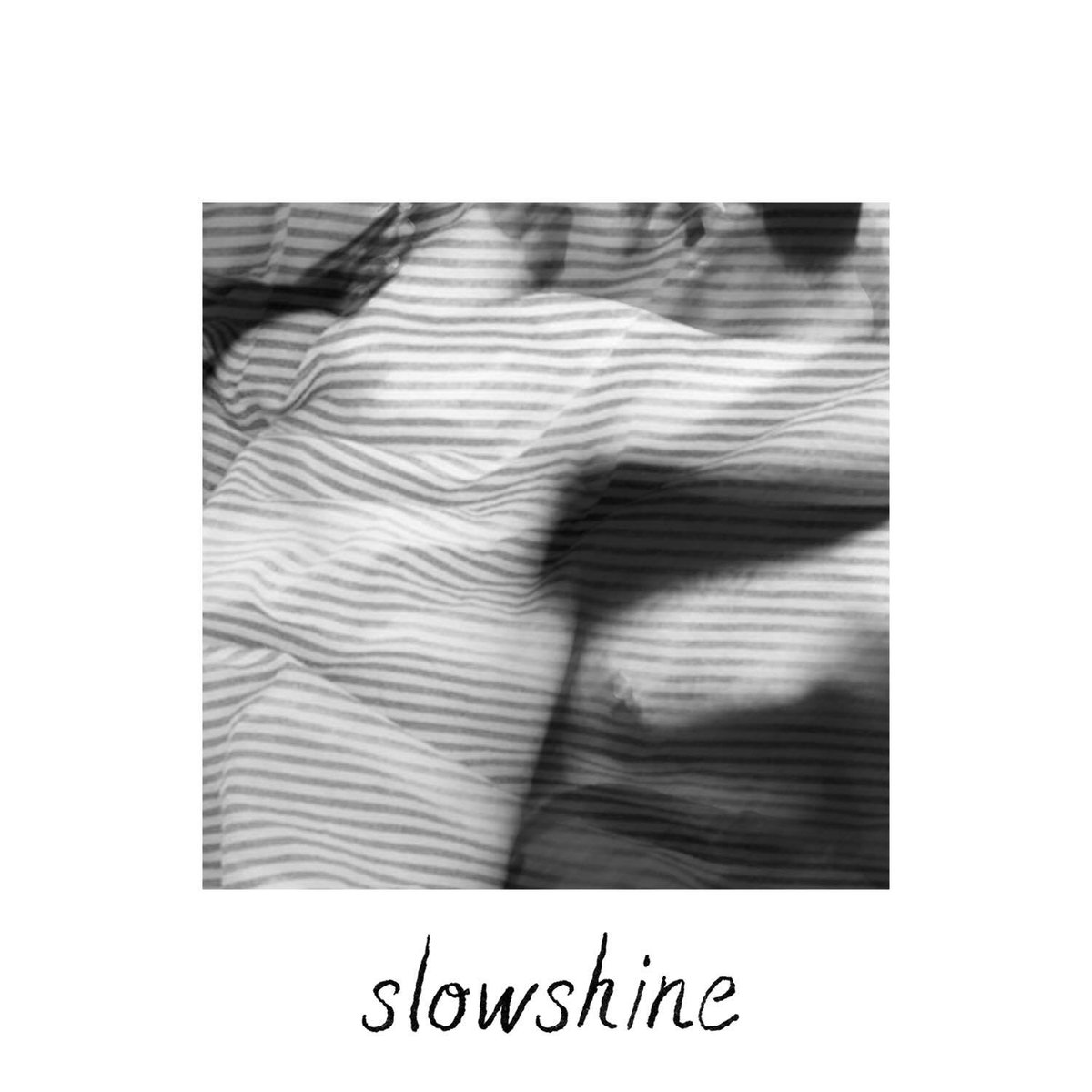 Based out of Albany, shoegaze rockers Slowshine offer up a slick blend of new-wave elements and somber vocals, all with just the right amount of shoegaze haze on their recent self-titled release. Put out independently by the band on March 7th, the band is made up of Noah Bondy and Cameron Castan, who trade off on guitar, bass and vocals, Connor Dixon on drums, with additional guitar work by Nicholas Worchol.

To talk about modern shoegaze would not accurately describe the kind of sound that Slowshine are bringing to the table. Instead of being a wall of sound, that’s been fed through a few dozen different pedals and distorted, fuzzed, and hazed out to near indefinability, Slowshine are much closer to the early 90’s variant of the genre, like Ride’s Nowhere. The band has more in common with Slowdive than in just their name, for instance. There’s a dream-pop like quality to things, and the guitars are happy to play around with notes for awhile instead of pound away on the same modulated riffs, like on some more contemporary outings. To that point however, there’s little reason to do a straight rehash, and here Slowshine doesn’t disappoint, injecting that kind of sound with a great mix of post-punk sensibilities that add a needed edge, a roughness to hewn out the soft textures that can accompany shoegaze.

Tracks like “Hole,” “Old,” and “Over & Over” are examples where these two genres are placed really well together. It’s a seamless interaction between the two, instead of a haphazard mismatch. On “Over & Over” the first half is just a really great early shoegaze track, not enough can be said for how on point they are with doing it, but as the song goes on, the drums ramp up a bit and everyone plays just a little bit louder, a little bit faster. Not too much to ruin the mood of the track, but enough to push things in a different direction.

The track “Breaking Into Your Own Home” decides to keep things mellow with the vocals throughout and the plaintive croon of Castan has a powerful emotive quality to it. It’s backed up by a large swelling from the bass and guitars that’s like a powerful wave crashing in on a cliff’s face. Other songs on the album, like opener, “Mirror Boy” strike as new-wave infused jams that help round out the album as a whole.

You can purchase and stream the album on Slowshine’s bandcamp page.