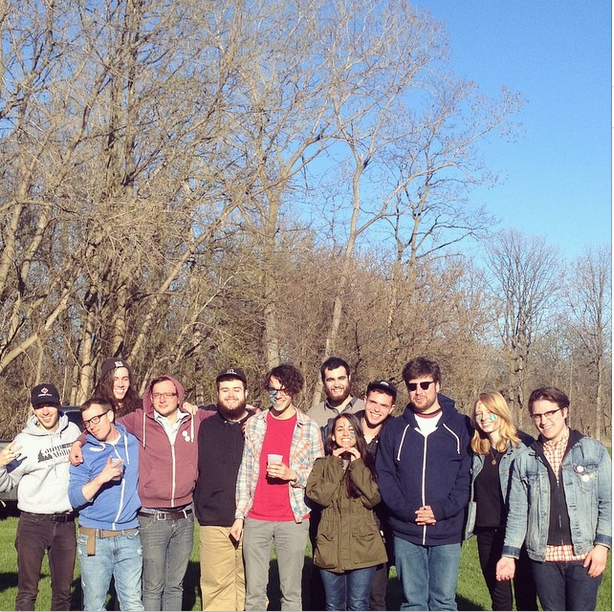 After another week already full of relentless show announcements (now Built to Spill?!), it seems fitting that we near the end of our day with a post about something else that just won’t quit—Rochester’s 2015 music scene. With excellent and promising releases from artists like OHS, Howlo, Pleistocene, and Harmonica Lewinski (among many others) having dropped or on the horizon for this year, we’re happy to premiere another track worthy of your attention.

Rochester garage-pop darlings, Skirts, have just dropped their first track from their upcoming split with Utica-based Comfy (that’s all of them in the photo being friendly), the tape slated for release later this summer on Miscreant/Dadstache. The song, titled “Indian Premier League,” does not disappoint, channeling an upbeat island sound similar to something you might hear from Cults or a chilled-out Vampire Weekend. The progression is fun and catchy, percussion is flavorful, and the vocal harmonies are sweeter than sugarcane. A perfect addition to Rochester’s already hot 2015. The rest of the split drops in early August, so keep an ear out for that. Until then, have your fill of “Indian Premier League,” streaming below.