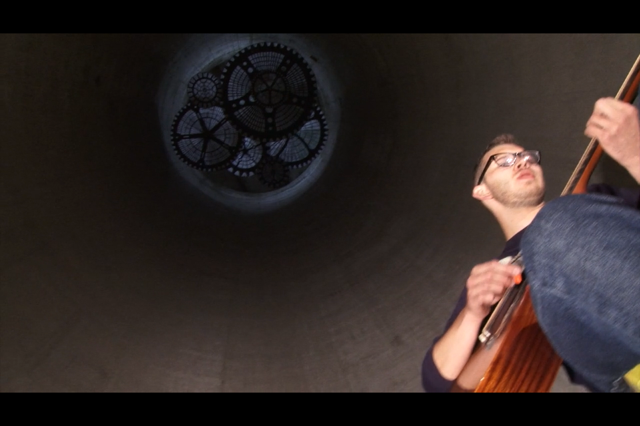 One of my favorite, although short lived, bands to emerge out of Buffalo over the last couple years was Marine Biologist, a emotional post-rock outfit that featured a revolving cast of musicians all based around singer/songwriter Aaron Folmsbee. Folmsbee, who also was a member of Bourbon & Coffee, recently moved out west for a year to serve as a musical apprentice (I think?), but before leaving town, managed to record a haunting clip for the Silo Sessions series, which has continued to release quality clip after clip on a weekly basis.

Watch Folmsbee in the video below perform “Ballerina” while sitting on top of a ladder.

P.S. Folmsbee recently hinted he may start recording some new Marine Biologist material so keep an eye out and fingers crossed.