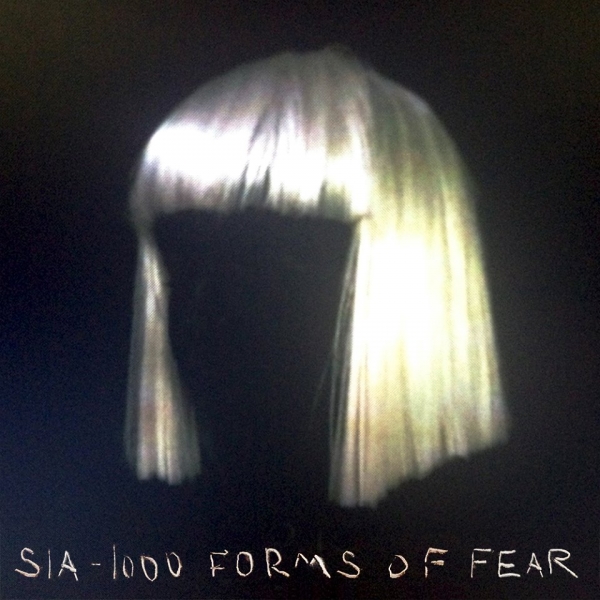 Australian-born singer/songwriter Sia Furler is probably one of the most popular and influential artists in pop music today, although you’ve probably never heard of her name, nor even seen her face. But with pipes like Mariah Carey and a collaborative resume that ranges from Christina Aguilera to Eminem, Sia is certainly no Adele. Sia’s previous releases, filled with quirky yet soulful tunes, have peaked in the low 50’s on the Billboard top 200. Her latest album, 1000 Forms of Fear, however, shows Sia at her most pop-oriented and anthemic yet.

Sia couldn’t have chosen a better opener to the album than “Chandelier.” Starting with a light jazzy verse, the song soon transitions into the best pop chorus this year for sure. Sia belts more than she ever has, pushing her range to new heights. This is a song that will easily make it onto KISS 98.5, but is also a well-written and solid enough track to be respected, setting the gloomy yet triumphant mood for the rest of the album.

After more than 20 years of writing, producing and performing her music, Sia has developed her sound to a tee, and knows quite well how to mix it properly. As such, the production style of 1000 Forms is near flawless, but with minor nuances that add to the slightly damaged vibe of the record. These nuances work to back up the lyrics, which for the most part are extremely vivid and insightful. In the track “Fair Game,” the verse’s dreamy orchestral tones support some of the album’s best lyrics: Don’t leave me, come now enlighten me, give me all you got/ Give me your wallet and your watch/ Give me your first born, give me the rainbow and the-/ So go on and challenge me, take the reigns and the seat/ Watch me squirm baby, but you are just what I need. When the verse fades away, however, the music is replaced by toy piano sounds that MIGHT downplay the words before, but instead give them an ironic twist.

What impresses me the most with pop singer/songwriters is when they can use their music to stretch the boundaries of what it means to be pop music, but stretch it just enough to still have mass appeal. This is an album that will make it to many ears and many kinds of music tastes. When casual music listeners hear 1000 Forms, they may not hear the same nuances as a *gasp* music critic, or as someone who has listened to all of SIa’s discography. But the most impressive thing about the record is that all of these people will still find different reasons to love it.