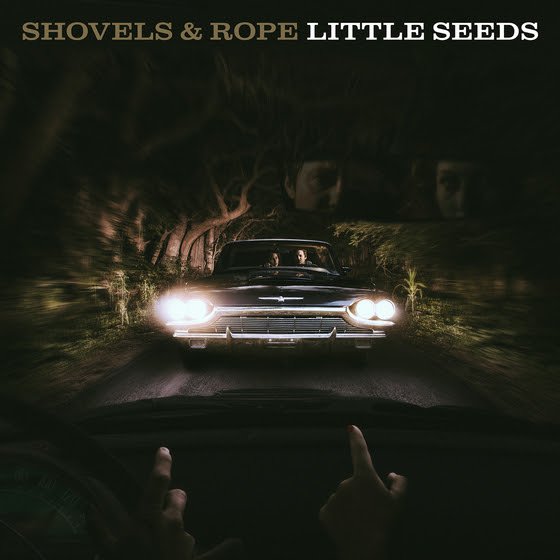 Charleston-based Shovels & Rope are back with their fifth LP. The husband and wife tandem of Michael Trent and Cary Ann Hearst specialize in an energetic brand of Americana and alt-country. Their new record, Little Seeds, comes just over a year after the birth of their first child, an amazing feat even for this relentless duo.

Shovels & Rope’s eclectic sound is rooted in the music found across America: blues, folk, country and rock & roll. Acoustic guitars are met with electric ones, mandolins with organs and wild percussion with thumping bass. The pair sings with an obvious chemistry, and an overt earnestness. Their vocal range is undeniable; both Trent and Hearst can achieve such quiet tenderness, as well as an all-out chaos at the top of their lungs. However, no matter the intensity, at no point do the harmonies ever falter. The fact that they are married only adds to the experience.

Lyrically, they get a bit deeper and darker on Little Seeds. Trent gets personal about his father’s struggle with Alzheimer’s on the sentimental “Mourning Song” and the bluesy “Invisible Man.” The album opens with fuzzed-out rocker “I Know,” claiming to have caught someone in the act of cheating. “St. Anne’s Parade” is a heartfelt mandolin-driven ballad, and “Botched Execution” has a western flare to it while describing the disposing of a dead body.

Now seasoned veterans, Shovels & Rope have mastered both the frenetic and sentimental realms of their sound. Little Seeds is a continuation of what fans have already come to know and love from the couple. And apparently not even a newborn baby is enough to slow them down.