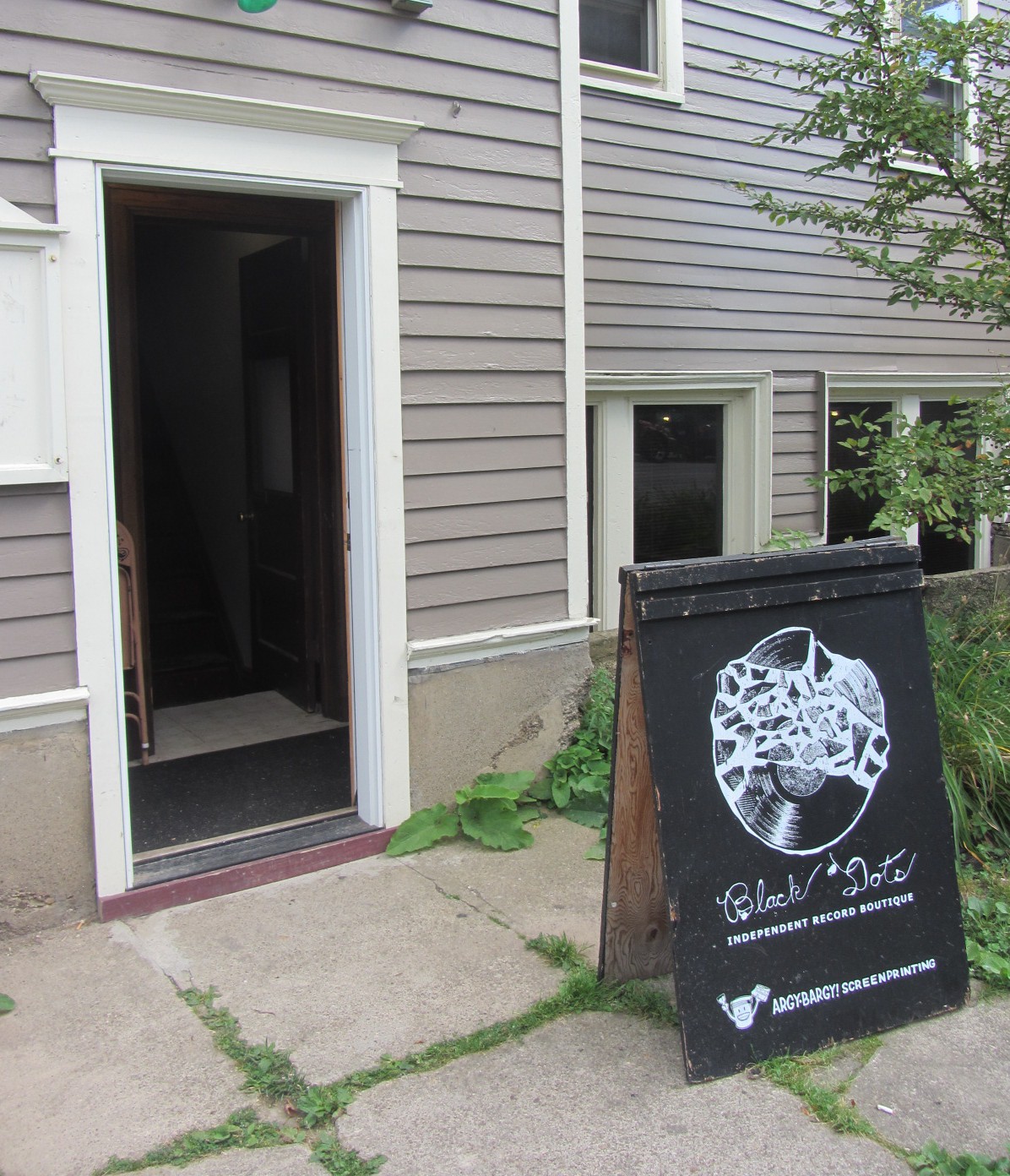 I remember beginning to buy and collect vinyl about four years ago. Sure, since then, my taste has changed vastly, but the reasoning for buying is still the same. There’s just something weird about owning a record, something that I can’t easily put into words, and it’s something that definitely seems to confuse a lot of people. For me, records have always been sort of a ritual for me in a way. Having to pull one off the shelf, open it up, and read the liner notes after dropping the needle is what draws me in. Simply put, it’s the involvement that listening to vinyl requires that makes it special, the involvement that that other formats lack. That involvement has drawn me in and turned record shopping into a real money sink, but a money sink that I love and has made music a truly special aspect of my life.

Back then, I did all of my shopping online. It didn’t even occur to me that there were still record stores, let alone in Buffalo.  On my first Record Store Day in 2012, I was really surprised to find that there were so many shops in the area. I went into it with no knowledge of the RSD exclusive releases, only excited to know shipping costs could be a thing of the past. 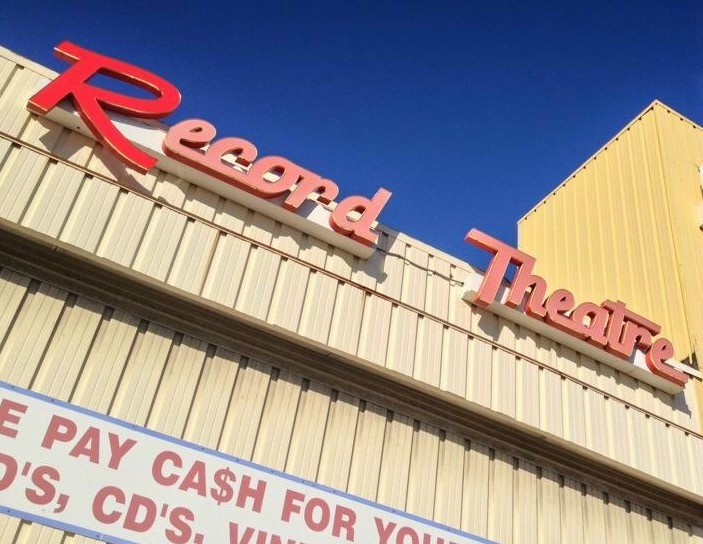 The first record store I ever set foot in was Spiral Scratch. While I did not stay long, as it was pretty busy and I felt kind of out of place, it is where I credit my first physical vinyl purchase, that breing OK Computer by Radiohead.  While I was there, I heard people talking about the Record Theatre, so I threw the address in Google Maps and went over. To me, that place was heaven. The way my music taste was geared at the time, they had everything I could have wanted. I remember spending way too much money that day.

Almost two years later, I heard about a new record store that opened called Black Dots from a close friend who he told me it was geared mostly around punk and hardcore music, which I had essentially had no knowledge of at the time. I decided that I was sort of bored with going to the same store every time I wanted to get records, so I decided to go and check it out. Maybe I’d find something I like. The first time I went there, I actually went with my dad, and was greeted by three incredibly friendly, and now familiar, faces. They all took the time to talk both me and my dad, find out what we liked, and gave us recommendations.  While I don’t remember what I picked up on that day specifically, I remember leaving that store in awe of how great of an experience it was, and feeling like I had a new favorite record store. 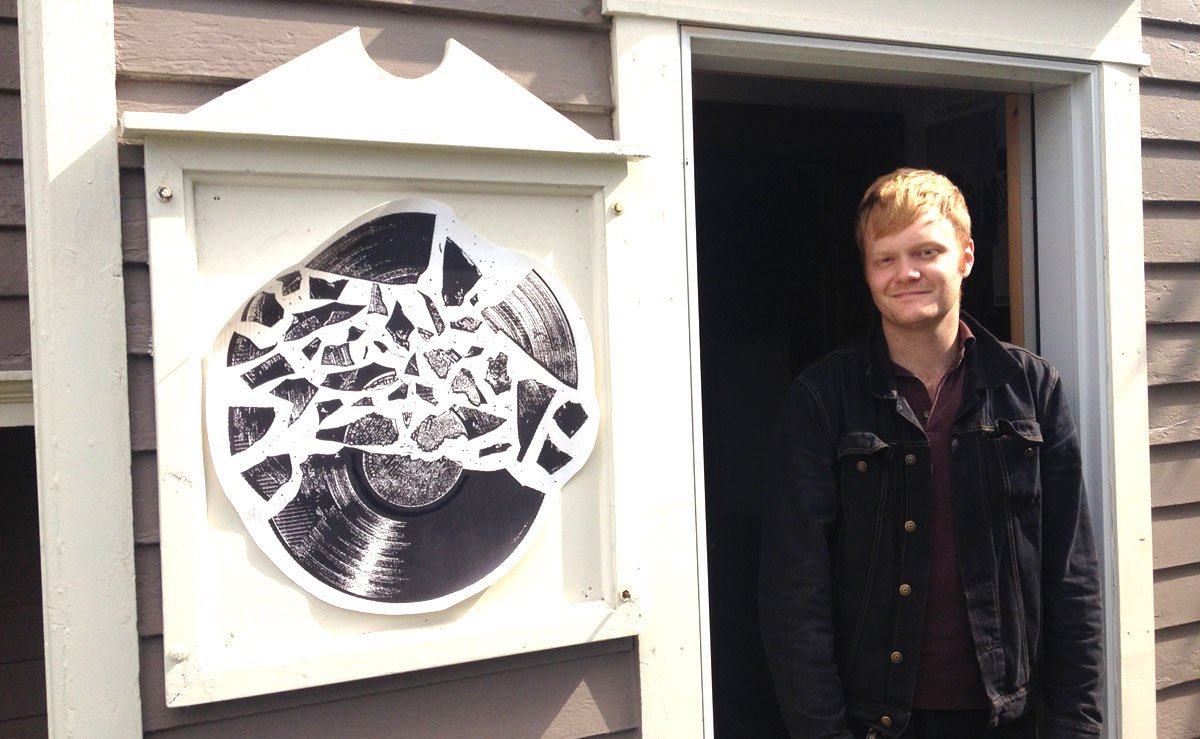 During my first visit there, I stumbled upon the massive amount of local music that the shop was stocked with. In all my time I spent at the Record Theatre, I don’t ever really remember seeing any music as being showcased as local bands. At that point, it didn’t really  matter to me, as my music taste wasn’t geared toward that. For me to walk into a small hole in the wall shop and see them take pride in the local bands and the local scene was something totally new to me. Not only that, but to see all these records that I had never seen before made me not only to check out new bands, but also incredibly curious about the local scene. It was something that took me a while to get into, but thanks to that first interactions I had with Biff, Czuba, and Kat, I find myself digging deeper and deeper into the local music scene every day.

A few months after my first visit to Black Dots, the owner, Josh Smith, posted an ad on Facebook looking for a “college intern” to “work” for school credit. Working at a record store always seemed to be so appealing to me, so I gave it a shot. Coming close to a year later, on the date, I’m still helping around the shop. I’ll be mixing it up this year and instead of spending my Record Store Day waiting in line at the Record Theatre, I’ll be working it, and I couldn’t be more excited.

Before I began to shop local for vinyl, basically the only venue I went to for shows was Town Ballroom. I would have never thought that now, going to the Town Ballroom would be a rarity, and all the bands I now love would be playing small venues, whether it be one of the many basements downtown, one of which where glitter always seems to get dropped on my head (I’ll never learn), a seedy bar, a punk record shop, or even a gutted out oriental grocery store, which always seemed to smell like spaghetti. 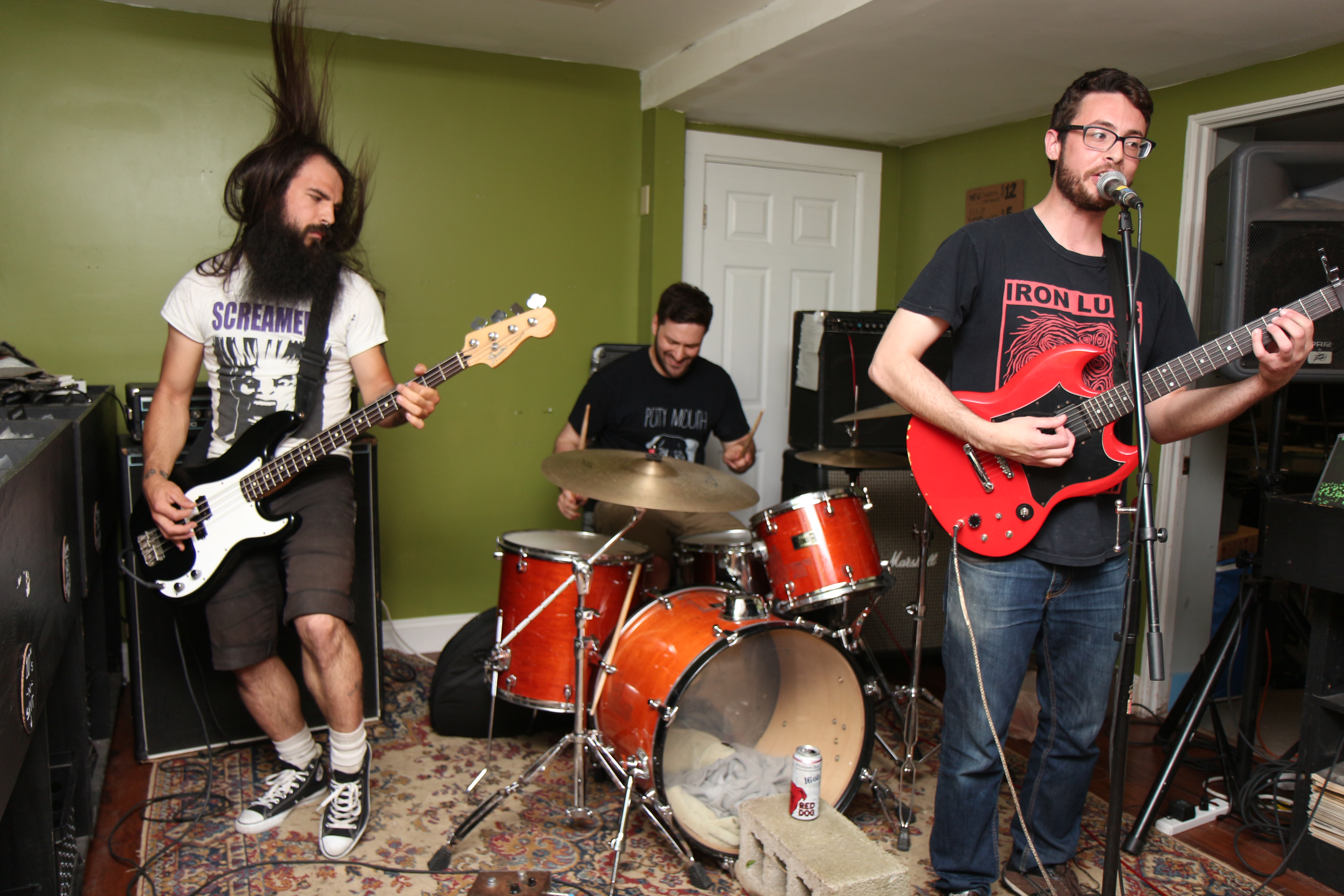 In my opinion, our local shops can hold the power to the local music scene. Buffalo is really blessed to have not only an amazing music history, but a current, vibrant scene as well. On any given night, there are always incredible shows going on. While shops obviously can’t force anyone to buy records from local musicians, it is important to highlight the talent that can be found in Buffalo. I think that’s something that Record Theater has gotten better with recently, but Spiral Scratch and Black Dots have been doing an amazing at since their doors opened. Not only do both shops carry a plethora of local releases, but also often put on live shows which feature both local and touring bands.

I would probably have turned out to be a totally different person if I had never got into vinyl and stepped inside a record store. When I set foot in one of our local shops, I feel welcome and at home, and that’s the way it should be. I’m really glad that Buffalo is blessed with so many stoes geared toward all types of music listeners, and we should take advantage of that as a music heavy city.  Do your community a favor and this Saturday, head out to your local record shop. Even though Record Store Day is getting more and more gimmicky by the year, the fact of the matter is that keeping local shops in business is important, and RSD actually does a good job at helping do that. And if you happen to stop in at Black Dots this Saturday, I’ll be glad to chat with you and give you some recommendations.