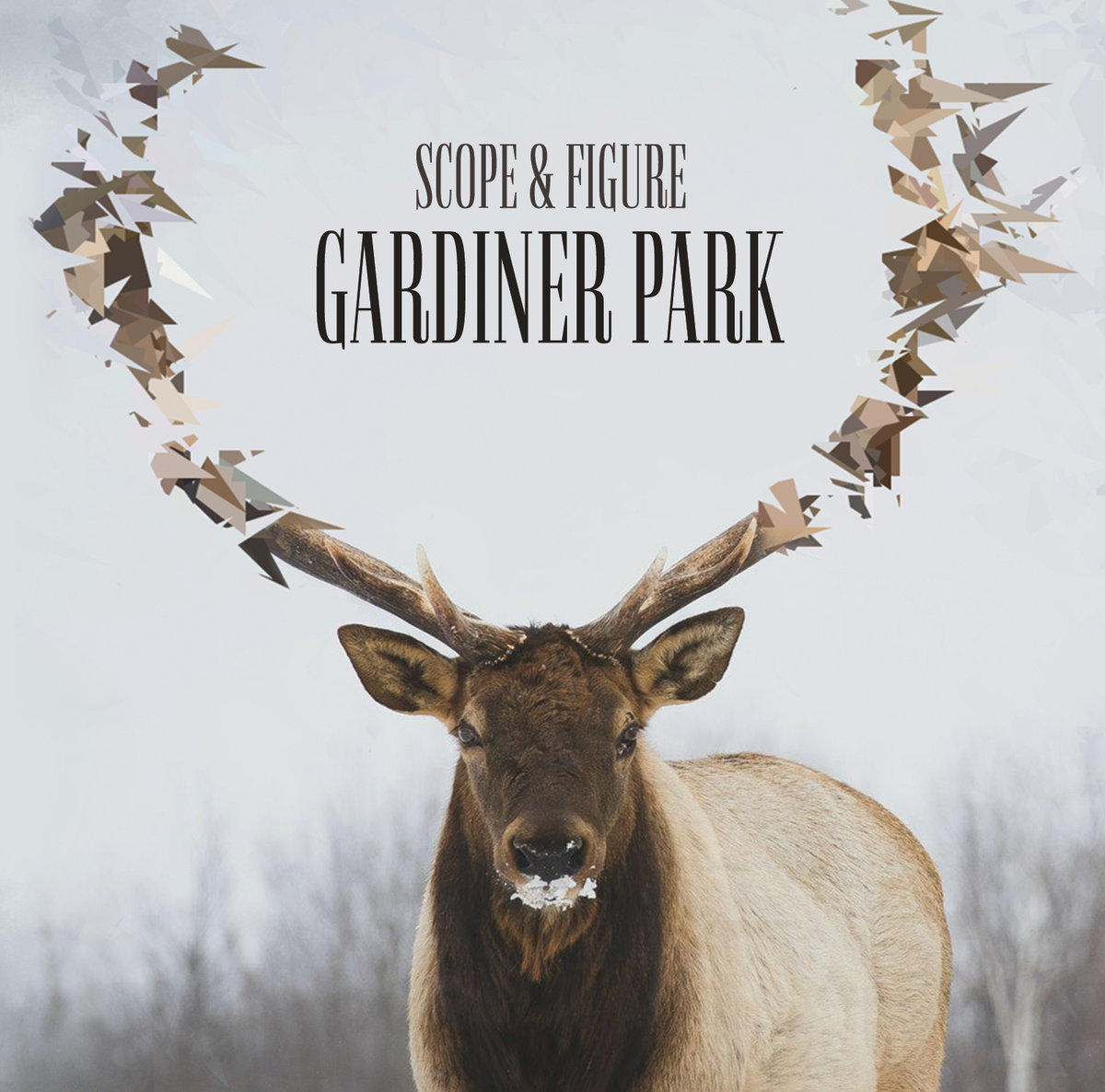 Brimming with new life is Scope & Figure, touring in support of their latest release, Gardiner Park. Tour dates can been seen on their Facebook page, hyperlinked above. Originally formed in 2013, the band spent their time playing shows, sifting through a multitude of members, and putting out numerous EPs and singles with which to dazzle their fans. Gardiner Park is their first full-length LP. The album demonstrates the band’s learned versatility and instrumental expertise.

Track 1, “First & Last” is a low rumble pushed forward by modest synth and guitar, and prominent vocals delivered by frontman Thomas Varner. A distorted lead meshes seamlessly with falsetto ohs. Again, the low rumble of the drums and bass keeps the song swaying before mere whispers see the listeners out. “Sophia” is the next song. A clean guitar riff entertains the right ear before the rest of the band jumps in to support it. Common in the song are buildups springing you forth into soaring guitar leads and 80s synth. Each buildup gets more and more intense, particularly with the vocals. Song 3, “Make Believer” is where Varner’s vocals really come to life. The tune kicks off with deep, arpeggiated keys, effected electronic snare and bass drum, and the high end of Varner’s vocal range. Quickly, the band computerizes. The song becomes a purely rhythmic pulse albeit the vocals and some pretty leads from the synth and guitar. The high point of the song is when Varner nails a falsetto-ed, “I don’t know what to do.”

“Antelope” begins with quick sixteenth notes on the hi-hat, a walking bassline, and spacious guitar plucking. The song gathers a backbone from the drums and bass, letting the vocals adeptly take care of the primary melody. This song’s mix is particularly interesting: It bounces from well-balanced, clean signals to fuzzy, reverbed attacks switching between the headphones. Some work from Mark Lamagna (lead guitar) helps the song end via an outro. “Tell Me I’m Right” is Scope & Figure’s shot at a “slowburner.” The title is shouted during the very distorted chorus (literally every instrument is clipped). Song 6 ends quickly, lasting twenty seconds shy of two minutes. “Better Off” is a simple,  upbeat composition with delayed guitars and an ordinary bassline. Drummer Eric Chubinsky introduces the audience to some percussive delights. The chorus comes out of the speakers in waves, psychedelic and beachy.

“Harbinger Moon” starts with a warm rhythm guitar and cavernous programmed drums. Again, Scope & Figure delves into their beachier side. Singer Andrew Polec is featured in the song, his voice somewhat abrasive against the rest of the mix. Regardless, the song projects a light attitude and sound. Track 11, “Everything Is” is the band’s tribute to free things and new experiences. Bassist Andy Spitzberg holds down the fort while the vocals, drums, and keys dance about. “No way am I someone you can lean on,” is stated amongst freedom of speech. “Lasso,” the final song, is the band’s one and only acoustic track on Gardiner Park. The vocals are sarcastic all the way through, claiming at one point that Heaven is “ten degrees hotter than Hell.” After some blue notes and feelings about missing someone more than they missed you, the album fades out to a close.

Gardiner Park is a strong freshman attempt for fans of Deerhunter, The Helio Sequence, and Delta Spirit. You can stream the album below or buy the fourteen-song record for $10 here.