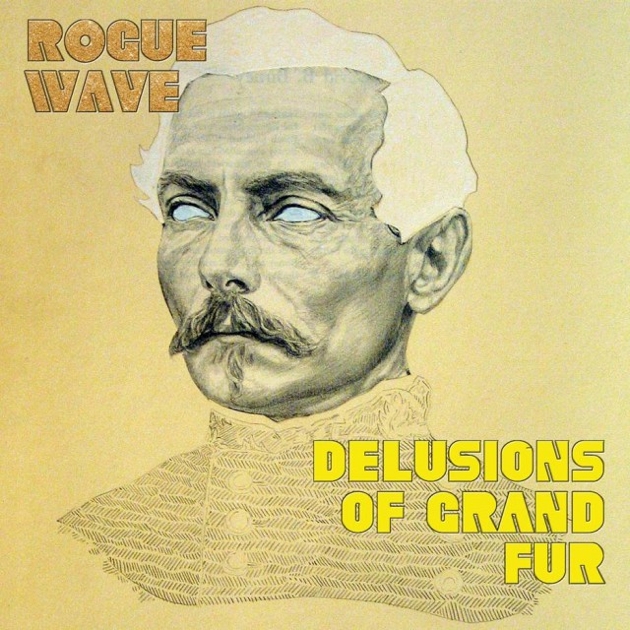 Hop in your car, roll the windows down, drive along a long winding road, and throw on Rogue Wave’s Delusions of Grand Fur in your CD player.  Well, I should say throw this album on the aux chord because this is 2016, lets be real.

Rogue Wave’s sixth studio album releases those adventurous and spontaneous feelings in your heart.  Delusions of Grand Fur will run your car out of gas before you even know it.  Rogue Wave is driven by the acoustic guitar, the piano, clean guitar riffs, and the unique, echoing voice of Zach Rogue.

“Take It Slow” is the first track off this album, which captures Rogue Wave’s style and deep thoughts on relationships and life.  A simple subject is what inspires this band’s lyrics.  Starting off with the acoustic rush and straight into the drums. Then comes the piano lick, which will be relevant throughout the entire song.  Rogue’s voice is profound throughout the entire song, especially when the chorus hits, his voice echoes everywhere.

“California Bride” is another track that heavily relies on the acoustic guitar, more than usual.  With an electric guitar riff this time, and the easiest drum beat, this song captures what Zach Rogue’s lyrics mean in his songs.  The breaks are much longer in this song, leaving the listener to contemplate his lyrics.

“Falling” is a contender for strongest song on this album.  Two acoustic guitars go against each other, one quickly picking, and one strumming simple chords.  There is also a piano lick that is being played repeatedly with the singing of the word falling.  Zach Rogue echoes his smooth and soft voice once again in this song.  Just picture this song being played during a movie scene where someone is setting off for a long distance drive to a new place in their life.

Rogue Wave was one of the first Indie bands that I fell in love with.  The acoustics, lyrics, drums, piano, and Zach’s voice mesh so well together. If you are looking for some contemplative music, I recommend this band, and especially this album.  It has all the emotions you need in a song, which will keep your car running for a while.