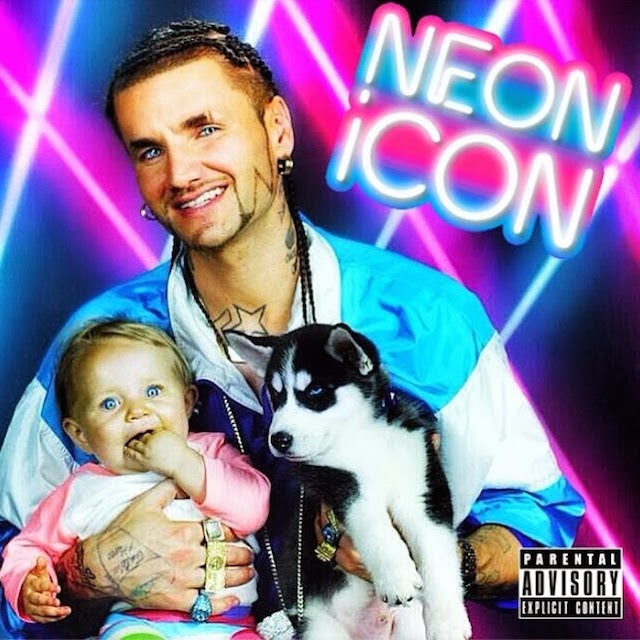 Gonzo internet rapper RiFF RAFF has achieved the kind of success that is uniquely 21st century; his distinctive look, humorous Twitter account, and cartoonish brand of materialism have made him something of an absurdist icon within the rap community, despite his remaining unsigned for the majority of his career. In this way and others, he is similar to Lil B – both have become popular through Twitter, developed a distinct lexicon (RiFF RAFF with his constant Versace references, and Lil B with his Based terminology), and been given beats by Mac Miller. Another thing the two have in common is the skepticism with which they have been greeted by rap traditionalists. Neither have much in the way of technical skills, and volley between serious rapping and humorous swag rap. But while Lil B has a clearly defined personality in his music, RiFF RAFF has always been harder to peg – his humor is sometimes offset by the prickliness he’s displayed in interviews, and his ironic music seems at odds with his earnest attempts to be taken seriously within the rap community.

The release of RiFF RAFF’s NEON iCON, then, can be read as an attempt to define RiFF RAFF to the public. Exec-produced by Diplo, and featuring an impressive guest list (which includes Childish Gambino, Mike Posner, Dirty Projectors’ Amber Coffman, the aforementioned Miller, and DJ Mustard) iCON makes room for all of Jody Highroller’s moods. This means that in addition to the trap-rap goofiness heard in lead single “How to Be the Man,” we get RiFF RAFF doing rock-rap on “Kokayne” (perhaps the single most enthusiastic and remorseless coke endorsement in pop history), psychedelic soul rap on the truly excellent Gambino feature “Lava Glaciers,” and even Plain White Tees-sampling (!!!) country on “Time.” The eclecticism on display throughout NEON iCON is overwhelming, entertaining, and downright exhausting at points. In general, the record works best when embracing RiFF RAFF’s bizarre style and outrageous personality.

On album highlight “Wetter Than Tsunami,” he offers up absurdist brags (“Step inside the club and I look like Power Ranger”) over a seasick trap beat. The Mac Miller-produced “Aquaberry Dolphin” is a fun oddity, with the beat made up of tinkling piano lines and sampled dolphin calls. Listening to these songs, one gets a clear understanding of RiFF RAFF as swag-rap prankster, subverting materialistic hip-hop tropes with bizarre beats, Southern music flourishes, and non sequitur brags.

However, songs like “Versace Python” and “Cool It Down” tell a different and decidedly less interesting story. These find RiFF RAFF in a seemingly earnest mode of lyricism that serve to confuse rather than move. He even croons the hooks, which tell of “tears [falling] from the castles around my heart” and of the virtues of wine-drinking as a method of keeping calm. By the time “Maybe You Love Me” starts up, with its godawful Mike Posner hook and cliche broken-relationship lyrics (“If you don’t want to love me, you don’t got to love me no more, and we can restart, and we can restart”), one starts to wonder exactly how self-aware RiFF RAFF is.

With the humor and weirdness drained from the music, RiFF RAFF is merely a mediocre rapper with a clunky flow, and unlike Lil B, he does not have the endearing personality and emotional honesty to make up for his lack of technical prowess. The album works best when it embraces its trashiness and positions itself as guilty pleasure music. Working in this mode, nearly any style of music can suit RiFF RAFF, from the aforementioned country goof of “Time” to the ‘80’s-synthpop weirdness of “VIP Pass to My Heart.” But when NEON iCON drifts into pop rap mediocrity, it begins sound like “the man” is losing his voice.