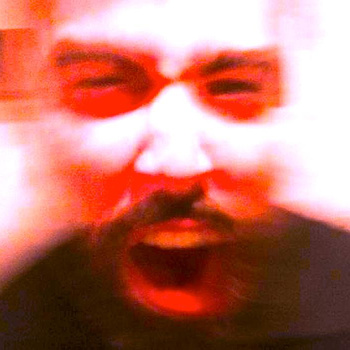 Red Heat sounds like some kind of STD that possibly ran rampant through US Soldiers stationed in the South Pacific during World War II. Rather, Red Heat is a thinking man’s punk trio consisting of Jordan Jones (drums), Nick Randall (guitar), and Brandon Schlia (bass/ vocals). The sound of fuzzy, infectious walking bass lines paired with the political vocals of Schlia draw you in, attacking such issues as militarization, national media, public education, and even Ferguson, MO.

“My job is to write lyrics that run short but make a point,” Schlia explains, “like Bukowski if his obsession was world politics and not beer & pussy.”

Red Heat uses everything at their disposal. They make you want to lock yourself in your bedroom and get reacquainted with every punk rock ever made from The Stooges all the way to NOFX, and everything else in between. Heat manages to even operate outside of the punk element with aspects of funk and jazz, making parts of them reminiscent of early Minutemen.

With a demo released via Steak and Cake last month, and shows scattered over various Buffalo basements, take the time to get to know Red Heat.