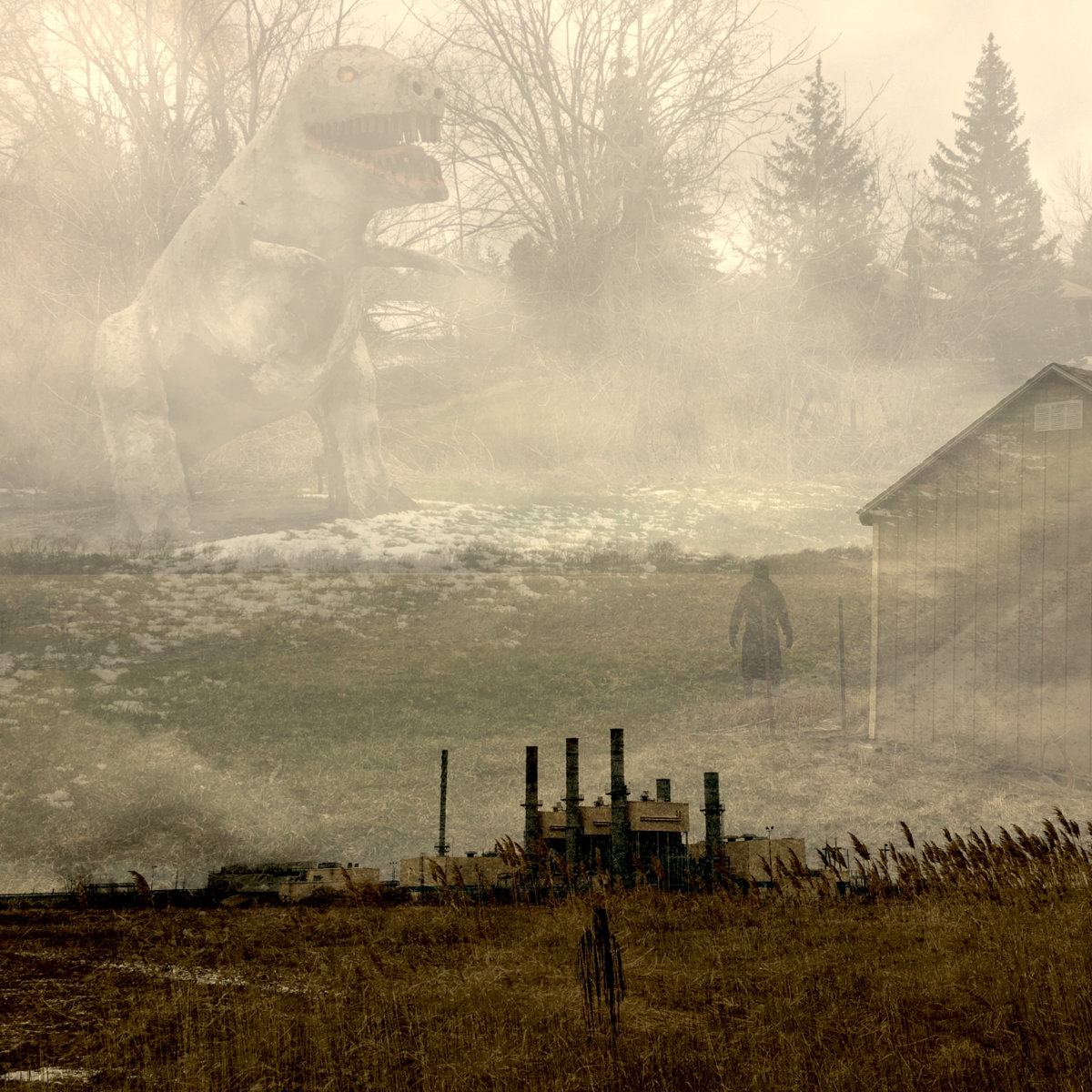 Seemingly, the biggest outlier on Red Heat’s new album, Dark Days, is the song “Yojimbo.” Most of the songs on the album are very literal and highly political, but “Yojimbo” is a relatively direct recounting of the movie of the same name. In their fierce, subtly technical punk vernacular, Red Heat recounts the story of a masterless samurai who stumbles into a village ravaged by violence and reluctantly saves it from itself.

Except, look at the lyrics:

“The bodyguard is trying to kill you,
Better get your wallet out.
This town is a graveyard now,
The cooper’s all sold out.
The old mayor plays his prayer drum,
While the new mayor’s selling silk,
‘Til they burn the silk house down and put a sword in his gut.”

What’s missing here? The hero. There’s no change, no action, no resolution. The agent of change has been excised. “Yojimbo” has been reduced to a hopeless world of corrupt predators and eventual victims.

That’s also the world of Dark Days. It’s an album fueled by, and obsessed with, despair.

I want to be careful here about what I mean by “despair.” It’s easy to think of despair as the death of hope, but that couldn’t be further from the truth. Despair is hope’s last resort, a flawed, miserable and necessary survival mechanism. It’s the emotional analog to our physical fight-or-flight response, in the sense that it’s far from helpful.

In fight-or-flight, our hearts pound, our vision narrows and our bodies shake. Despair, meanwhile, robs us of our joy and our energy, leaving us in a heap. But don’t confuse that with hopelessness – if we were truly hopeless, we’d lack the ability to care so much. Despair is our last bit of hope burning off to fuel us to action. It’s a debilitating reminder of what’s at stake.

How does despair manifest on Dark Days? It depends. Take the strikingly personal “Ambitionless” as an example. It starts out with an identity crisis – a lite reggae groove that turns into thrash that turns into a Strokesy faux-verse that finally resolves into this:

“I’m not booking any more fucking tours/I’m not having any expectations/I’m getting a little too old for this shit/So sign me up for a fucking break.”

Coming from drummer and vocalist Brandon Schlia, this sentiment is shocking. If you don’t know Schlia, you might know him from his venue (Curly’s), his record label (Steak & Cake Records) or his fingerprints (on the many, many releases he has recorded and produced for local bands). He’s a driven guy and a big believer in the local music scene. To hear him sounding so defeated, on a record, is unexpected to say the least.

Most of the other songs are political in focus. But the politics here are different than Red Heat’s past output. To touch on a cliché, the politics are personal, as in “U Need Me:”

“I voted and it wasn’t enough/The suburban racists won/Four more years with this asshole/Plus three more with the other one.”

The old Red Heat would have focused entirely on the assholes, lashing out to tear them apart. The new Red Heat turns to the first person, lamenting the inefficacy of the options available to deal with said assholes (those assholes, by the way, are Sheriff Tim Howard and Donald Trump).

Another example: “We’re Waiting,” which hangs the following sentiment on a head-bobbing bass groove:

“We’re headed down a hole we can’t climb out of/No ladder on the wall or hand reaching out/Can pull the wool off our eyes/The insanity’s been normalized.”

Here, we flip from “I” to “We,” but the sentiment is the same. “We” may not be the problem, but we’re impotent to be the solution. Like “Yojimbo,” the world is again reduced to victims and predators.

Still, remember: where there’s despair, there’s hope, even if it’s just hope to survive the despair. Schlia finds it on the LP’s epic ending, the title track “Dark Days”:

“You discover you have no control, then what?

Tired as fuck and I want to give up.
But there’s so much more to do.

Nothing worse than waiting.
Maybe someday you’ll play this,
And the Trump thing will finally be gone,
And if we aren’t just dust from the nuclear bomb,
Maybe something’s changed.”

After delivering these lines, the band crescendos to a roar before dying away to reveal a quote by Martin Luther King Jr., who tells us that “in order to love your enemies, you must begin by analyzing self.”

This quote, this instruction to “analyze self,” might be the drive behind the entire Dark Days LP. In the face of despair, analyze self to understand self, understand the world, understand others, and come to terms with the world’s messy state. All these songs about giving up are not odes to defeatism – they’re honest admissions of humanity in a world that feels devoid of it.

Perhaps the best advice, however, comes from Nick and Ben Randall, whose incredible guitar and bass work shape this album’s sound. Ben’s bass playing is patient, groovy and military-grade precise, laying a foundation for the frantic, riffy, shreddy guitar of Nick, who, behind all the noise, is constantly crafting inescapable melody.

Maybe the Randalls saw Schlia’s despair, maybe they share it. The world is, after all, well and truly fucked up. But should we let ourselves be destroyed over it? Should we give up? The answer, from “Ambitionless,” is “no”:

“Like the Randalls are always saying:
Sometimes life changes pace.
So why run against the wind?”

Stay alive. Keep going. It won’t always be like this. Despair, but don’t lose hope.