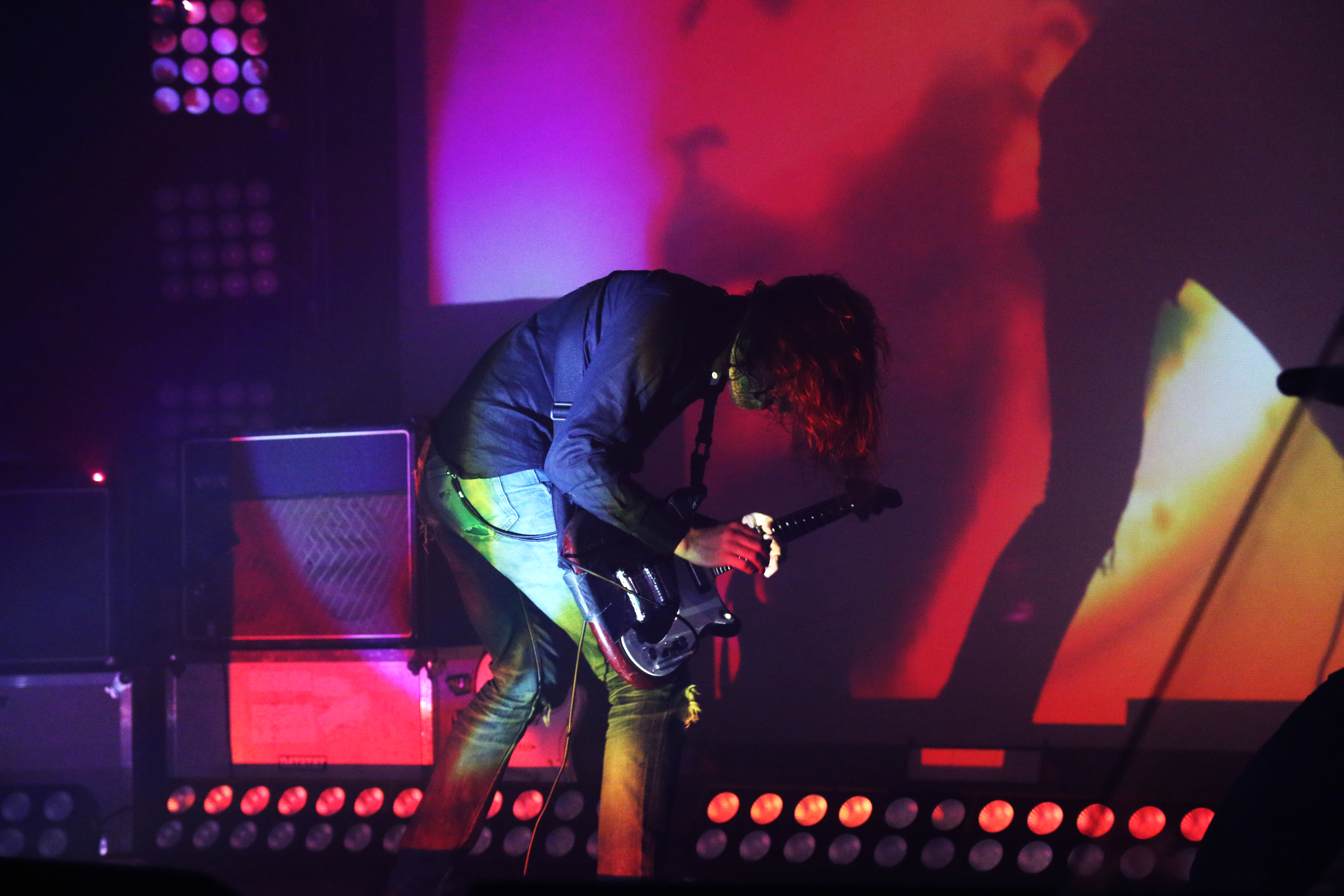 I was told I’d encounter two things at Ratatat’s live show: lasers and birds. It was my first time experiencing the rock-tronica duo, comprised of Evan Mast and Mike Stroud, and after the forecast I was given, I walked into the Rapids Theatre entirely unsure of what to expect. I think it’s rare to be able to say that and see your own genuine sense of uncertainty equate to bona fide bewilderment come show time, which is exactly what happened. There was a palpable anticipation and an even more palpable energy soaked into the crowd.

Pressed up against the stage barrier in the midst of wait time, the security guard in front of me smiled to the few of us up front and said, “This is one of the brightest shows I’ve ever seen, that’s why I’m sittin’ down on the ground when they start.”

He definitely wasn’t wrong. About one minute into their introductory display, the elaborate lighting rig sitting on stage was set ablaze in the most effulgent display of white light — I’m almost positive you could see individual pores on people’s faces. 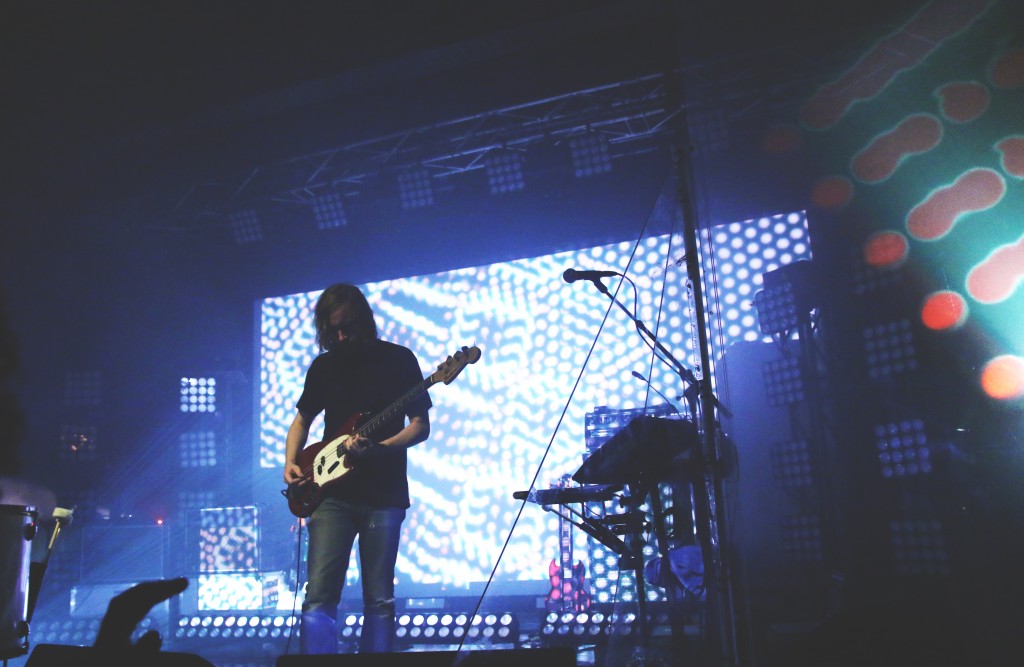 Most people know Ratatat as the instrumental band that penned the atmospheric groove-driven track, “Loud Pipes”, though the band has a catalog that runs five full length albums deep. Fuzzy synths, salient guitar riffs and hooky melodic loops have become the crux of their sound and they’ve been careful to not stray too far from it.

In the same way that the dream-pop duo Beach House gets accused of staying within the confines of a particular sonic rubric, Ratatat’s music has often been pegged as being formulaic, repetitive, recycling the same slick branding that launched them into popularity in 2004. But, also in the same fashion as a band like Beach House, I get the overwhelming impression that Ratatat isn’t trying to cater to those who want to hear a major makeover with each album. It’s this faux-simple style that people have come to identify them with and be mesmerized by and they’re sticking to it because it really, really works. I say “faux-simple” because underneath the charismatic exterior is an intricately layered, tightly-wound foundation. 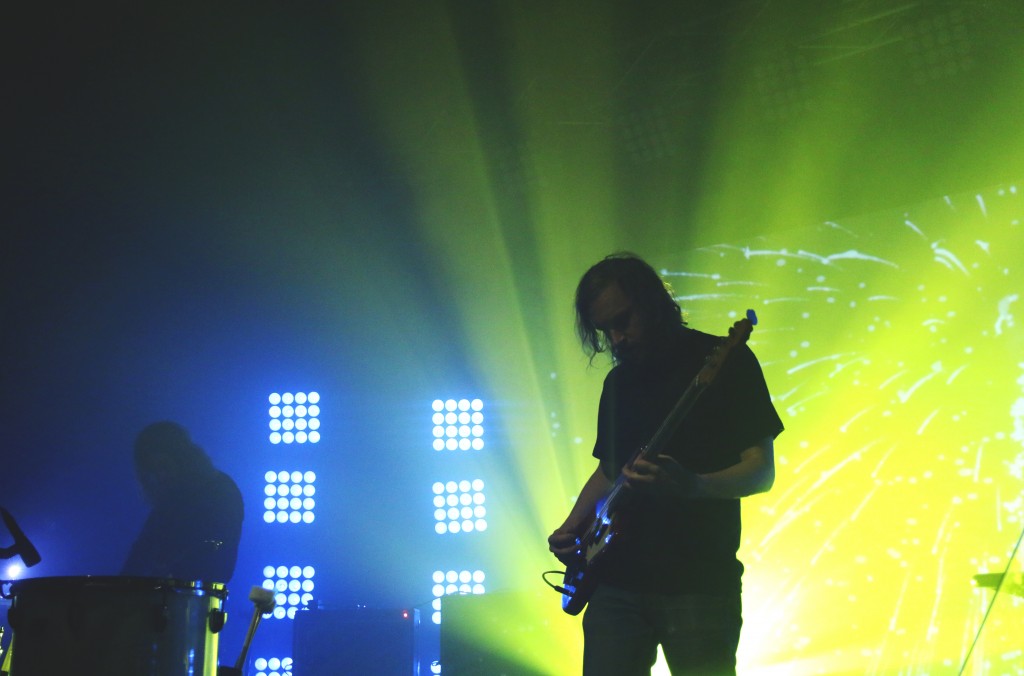 The hour-and-some-change long set included cult favorites like “Seventeen Years”, “Wildcat” and “Grapejuice City”, but tunes off their newest release, Magnifique, were interspersed as well. Each tune was extremely accessible and showcased the two multi-instrumentalists’ knack for synchronicity and handling their gear.

To refute the aforementioned point that Ratatat is a group that sticks to the same old formula all the time, they are far more progressive in other ways, as evidenced by what I witnessed last night. It would be a misdeed for me to only focus on the band’s sound because the visuals are just as much a part of the band as Mast and Stroud are. Between the multi-colored light show and the sprawling lasers were artful projections onto three separate screens. Striking holographic images and video reels of everything from four-armed babies to three-dimensional birds grooming their down feathers were perfectly synced with each song transition.

There was a certain symmetrical beauty about the whole thing that mirrored the well-balanced nature of their songs (Mast and Stroud even bear a strong physical resemblance to one another despite not being related). If anything, this progressiveness in their live show proves that the pair are more than just artists in a musical sense. It proves that they are masters of bringing the audiovisual juxtaposition to life for both loyal fans and newcomers, like myself, and that Ratatat as a whole transcends any sort of recycled formula.