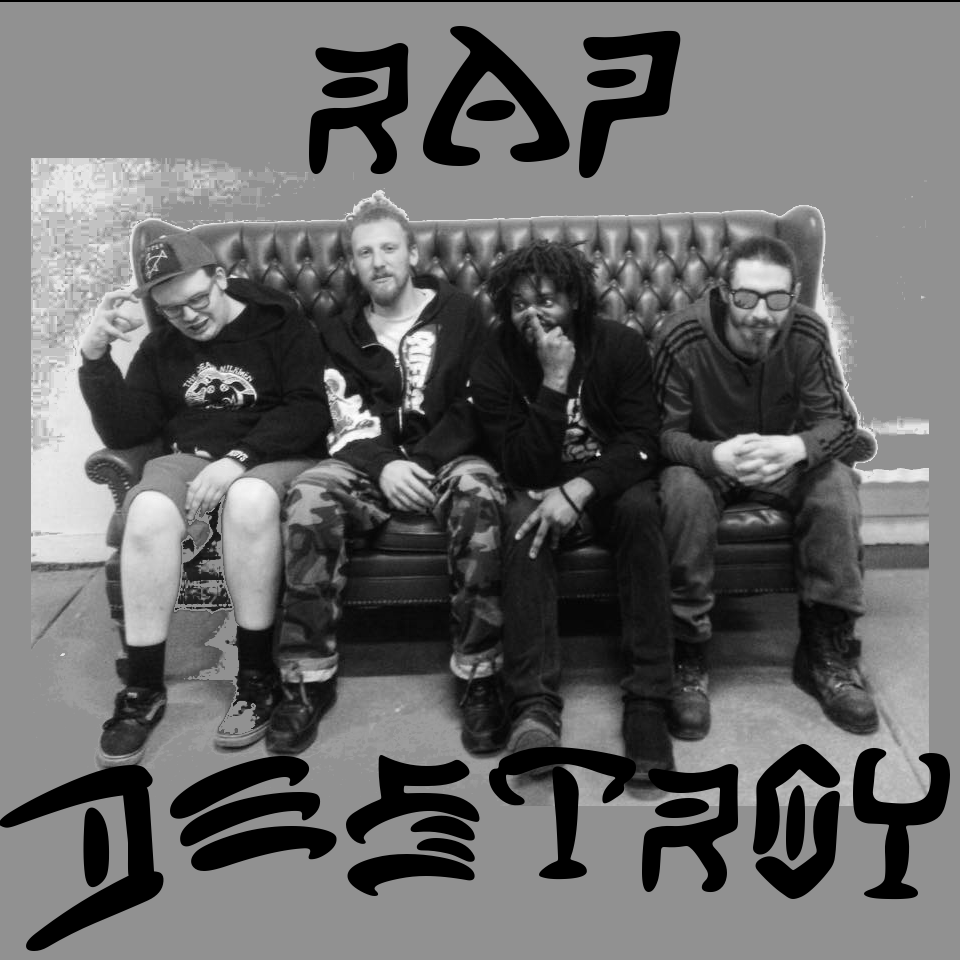 Buffalo’s got a new crew exploring the frontiers of hip hop and punk by the name of Rap & Destroy and they’ve dropped a video for their jam “R. Kelly’s Heel” that could be a game changer. Uniting local MC’s Tr38cho, Ideal, OLMEC, and MC/producer sparKmatiK, Rap & Destroy has both flow and grit, and an understated flavor that brings the big beats along with sweet lo-fi grooviness in manner reminiscent of the late 80’s and early 90’s… halcyon days when skatepunks skated to punk and hip hop.  There’s a full length debut LP on the way from Dead Trash Mob Records so stay tuned for more from these cats, and in the meantime enjoy this suitably gritty video for “R. Kelly’s Heel.”