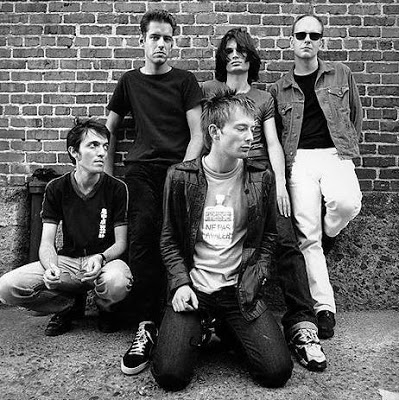 Lost Gems is a new feature where I will explore some of the B-Sides, Covers, and Unreleased songs from some of pop music’s greatest artists. Some of the weird, cool, or brilliant songs that for whatever reason might never have gotten the notice they deserve. Today we begin this feature with Radiohead, and the story of “Lift.”

In 1996, Radiohead had just released The Bends and was currently on a US tour supporting Alanis Morissette. While the band had just become huge stars in its own country off the popularity of “Street Spirit (Fade Out),“ the five piece was a band still struggling to fight off the one-hit wonder perception over here in the States. Night after night, Radiohead played to largely indifferent crowds who couldn’t be bothered with anything that wasn’t “Creep,“ and new songs like “Paranoid Android” and “Climbing Up the Walls” went barely noticed. But of the new songs, there was one that seemed to catch the audience’s attention

“We always used to play all the new songs, we used to play ‘Creep’ each night, because our audience didn’t know… they weren’t really listening. We played ‘Lift’ one night in Detroit, and the whole audience, probably about 15,000, the whole of the audience was totally into it, people dancing and it was just magnificent.”

However when the band returned to the studio later that year, Radiohead found itself unable to reproduce what was created on stage.

“The thing about that song is that it had its moments, and part of it was… all those parts… we recorded it for OK Computer, there is a version. It’s not good enough. If we’d have done it, well… it probably would have been the best song on the record.”

The band tried a rearranged version of the song during sessions for both Hail to the Thief and In Rainbows but guitarist, Jonny Greenwood, would later describe these versions as “rubbish.”

With it’s soaring vocals and lush synth sound, “Lift” is a cathartic rock masterpiece that perfectly bridges together Radiohead’s early sound with what would later follow. It also looks to remain one of pop music’s great “What-If’s,” but a few early bootlegs can help us dream of what could have been.