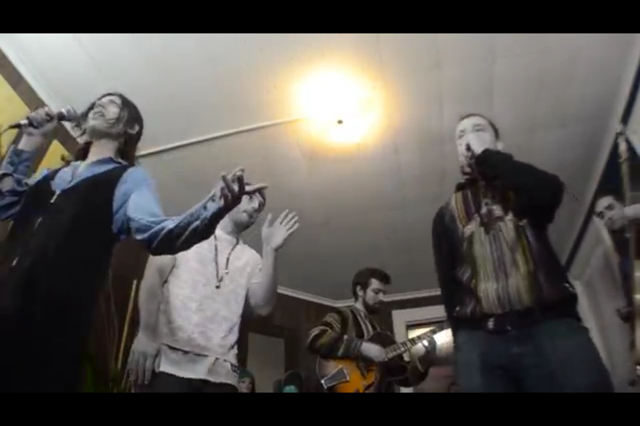 With countless live crowd shots on Youtube, it seemed to be about time that Radarada sat down to release something proper. And just as the hip-hop collective is set to drop its debut EP, First Edition, in early June, an EP tease in the form of the music video for “Topanga” was released this afternoon. Filmed at the Bird Cage, the laid clip features Tommy Too, Little Cake, and the rest of Radarada performing the jazz infused tune. Without a doubt, this is one of the most charismatic acts coming out of Buffalo, and as you may remember, they were one of our five-ish bands to watch in 2014.

Watch the video for “Topanga” below and catch the Rada crew celebrate the release of the First Edition EP, along with Dr. Ooo and Jack Toft, at Buffalo Iron Works on June 7th.