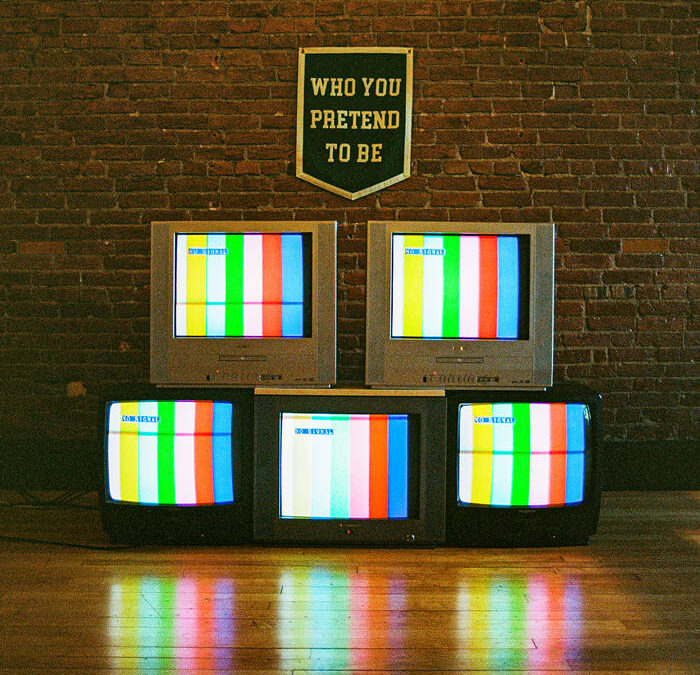 At long last, Buffalo-based quintet Post Prom have delivered their debut LP, Who You Pretend To Be (WYPTB), and it was well worth the wait. They provide an infectious boost of energy that makes you want to jump up on your coffee table and dance. The kind of music you would have heard in the backseat of your parents car in the late 90s. A powerful blend of rock, emo, and pop-punk flavors that bring us back to the late nights spent with friends or family in the garage – pure nostalgia. The band themselves describe WYPTB as a “coming of age story,” and their blend of crunchy guitars, relatable lyrics, and memorable melodies tell that tale perfectly.

Post Prom have been playing together for roughly five years, but they sound like they have 50 years of chemistry as a band. The insertion of each and every element of Who You Pretend To Be is executed in-the-pocket, no doubt bolstered by the band’s use of three guitars, a rock-solid rhythm section, and occasional keyboard flourishes. The dozen-song LP starts with the momentous “How’s It Going To End?,” which is also the coolest name for an intro I’ve ever encountered. Let these electric strums jumpstart your day. Fast-forward to the end of the album (actually, don’t skip anything, but just for the sake of this article) and you’ll find them revisiting the intro riff on “And In Case I Don’t See Ya…” Foreshadowing is a powerful thing, and it brings a lovely finality to the nearly 50 minutes of music Post Prom have created for this LP.

The Buffalo band released three savory singles within a three week span prior to this almighty album, which made for a highly anticipated release. Each of the singles were also accompanied by an epic music video. The first single, “Glass,” has a super unique cinematic that touches on the concept of the cover art of the project. “Glass” might be the archetypical Post Prom song, pairing an absolutely inescapable chord progression with a tasty guitar lick and Aiden Licker’s impassioned-but-relatable vocals.

The next following single “Headrest” whimsically takes place entirely in a van to complement the setting within the lyrics: “I’m gripping your headrest from the backseat.” The simple use of a projector pointed towards the band with editing done by Luke Haag is more than enough to get the point across and also blow your mind. Track 8, “Authentic,” debuted over a year prior to the album as a live performance on YouTube, and shows the band are just as capable as a stripped-down acoustic act.

Other album highlights include the piano-driven intro of “January,” which eventually evolves into a crushing composition that finds the band embracing their mid-aughts emo roots. The twinkly intro riff on “Outside” would be at-home on any legendary midwest-emo album. And “Pretty Things (Falling To Pieces)” stands up next to any legendary New Found Glory or Saves the Day cut. If anything, Post Prom showcases their range across WYPTB, never losing the sight of their own unique overarching sound, but happy to experiment wherever and whenever they want to.

Recorded and mixed by the steadfast Jay Zubricky at GCR Audio and mastered by Stuart McKillop, the project carries with it a prominent level of professionalism. Who You Pretend To Be was put out to the public September 17th of 2021.

We’ve included links to the band’s excellent music videos below, as well as their Bandcamp page. You can also stream WYPTB on Spotify & Apple Music.