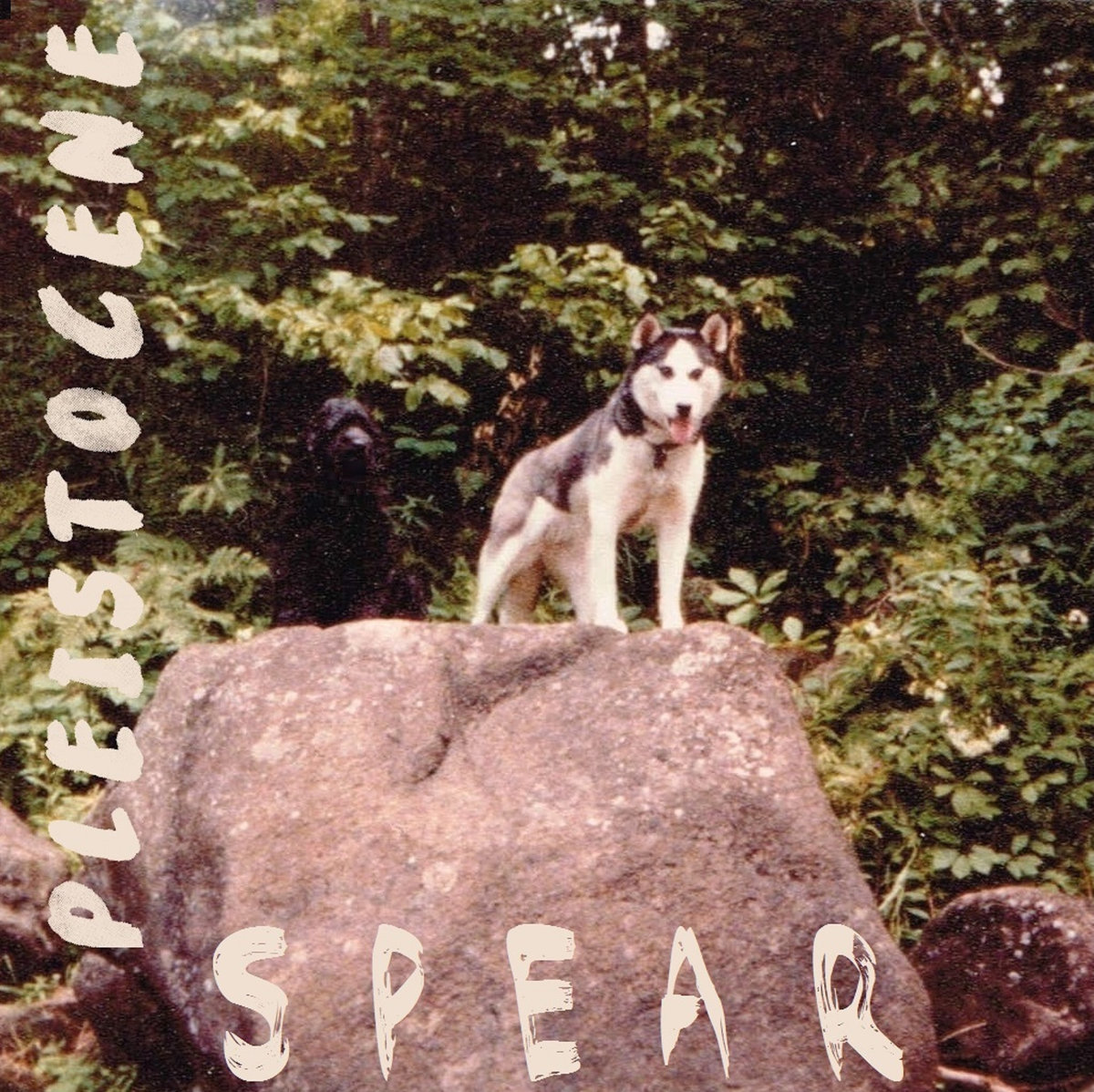 Spear, Pleistocene‘s latest, is a more condensed, focused effort from the group as they slashed out some of the noise that radiated from the sonic orb found between the phones when listening to them. Pleistocene’s latest demonstrates the Rochester-based rockers versatility (especially during the first three songs) and finds an exciting balance between “onto the next!” (See: Dave Grohl) and aloof. This album is of a certain kind where one can start it and let it play from start to finish while you run through your everyday routine.

Spears kicks off with “Your New Life”  a gentle surf lick and damn dirty bass. The bass does the song justice as it’s powerhouse spine. “Your New Life” switches between a punk, surf rock version and a blown-out straight-up punk version. The second track “Give Me the Line,” is like something from the Descendents. The tune is very garage punk-esque and features fast vocals with a simple arrangement. The singer vents about thinking that’s all too fast; the nerveracking events occurring in the main character’s life are too much, so she needs to be fed lines. The steady rocking “CMJ Compilation 1996” shows yet another side of the band – alternative, fuzzy shoe gaze. To add, this is the first song where baritone male vocals are paired with the female lead.

“Lassoless” begins with a catchy guitar progression before boosting back into Pleistocene’s signature sound. The ghostly vocals and ravaging band are a pretty paradox. Following “Lassoless” is “Nissan Altima” an introduction to a different sound. The vocals and guitar seem to have some sort of phaser or chorus effect on them, differentiating this song from the past five. A sample early in the song latches any wandering attention. Then, the song takes a sudden turn: aggressive to lackadaisically kind. With the drums reverbed and delayed and the acoustic and electric guitar coming and going in waves, the listener is left in empathetic awe. The song ends with a “wolf” howling and a nice samba. “Dolmades” kicks into gear with simultaneous guitar and bass strumming. (I learned what a dolma is). The Rochester band shouts out to Buffalonians: “Buffalo and it’s western glow, I follow it on weekends… We’ll eat dolmades by the water.”

“Humbuck II” is certainly Pleistocene’s most bellicose on Spear. It’s a quickie, but the song gets the blood pumping. The odd lyrics of “No Sheep Unshorn” continue the slightly nonsensical theme of the album. It seems purposeful. The song marks one that plays on a slow feel. It’s perfect when chilling regardless of use of mind. Lastly, “If You’re Reading This” marks a beautiful departure from this album’s norm. The vocals are of a calming lullaby. The drums have even been dialed back in a way while airy keys, warm bass, and tender guitar carry you away to a lush waterside visit. The last thing expected was the wrapping up of this album as pleasurably as it happened.

Pleistocene’s Spear is a sonic delight and displays the band’s evolution, skill, and interesting ideas. This album is comparable to the works of True Widow, No Age, and Teen Suicide. Stream the album below, or purchase Pleistocene merchandise here.