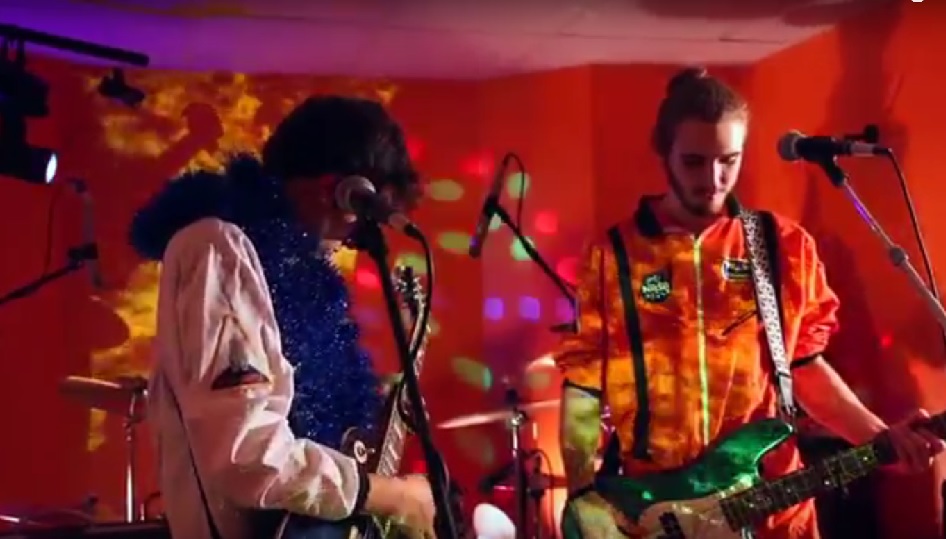 Planet Three is a band best described by drummer Nathan Zak in a craftily worded Facebook message to us:

“From a farm laden land known as Marilla, three musicians lived less than a mile from each other for nearly a decade until they formed the lizard rock outfit dubbed Planet Three. With guidance from their local witch doctors, the three were able to conjure up a potion of tasty riffs, proggy changes, and a shoegaze atmosphere. Their ever-expanding sound along with their stage show is a theatrical, over-the-top glam party hosted by the ghost of Marc Bolan. Although their future is unclear to them, presently they are searching for more genres to work into their own formula.”

We shot this edition of buffaBLOG sessions in Nate’s basement out in Marilla. Thanks to Shauna Presto, Andrea LoPiccolo, Jason Paton, Charles Tyrie, and Joe Cardina for working on this one. Special thanks goes out to Nate’s brother Mark.  Head on over  to Planet Three’s bandcamp for some more music by the trio.