Pizza Pizza Comes Through With Some Fresh Slices On Pie I 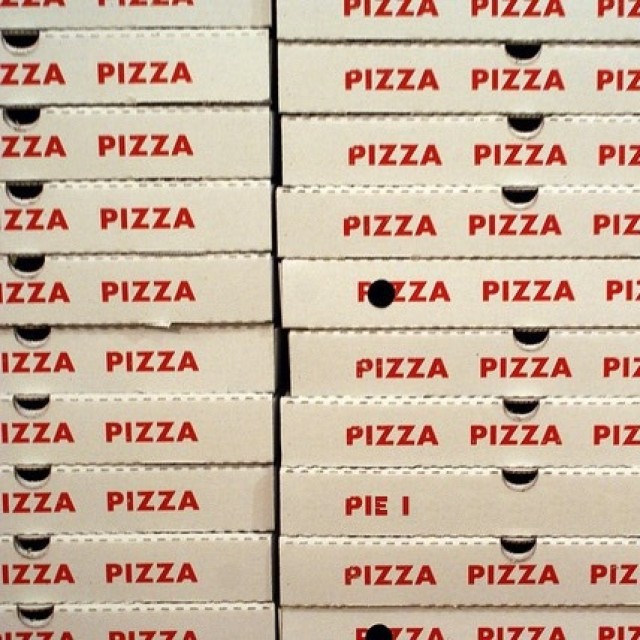 Airy synths, lead bass rhythms, and a variance of drum noises help form an impressive first album for Buffalo electronic hip hop artist DJ Pizza Pizza.  A pitched down “Pizza Pizza” DJ drop spatters throughout the songs, and they are probably the only words that matter on the whole project. The rest of the vocals heard serve as instruments as Pizza Pizza crafts a debut full  of different head-bobbing trip-hop/trap instrumentals.

Pizza Pizza is probably worth looking into due to his image alone. Every picture on his social media accounts is pizza related, and  his logo is of Little Caesar’s mascot holding an MPC and rocking a gold grill in his teeth with some gold on his wrist.

The format of the album, titled Pie 1, is that each song is a numbered slice that makes up the whole pie. The first song, “Slice 1,” is a really hard hitting trap beat with some full horn noises and evolving synths over an awesomely grimey bassline. “Slice 2” and “Slice 3” feature some pitch bending atmospheric noise and 3 has a particularly grooving baseline. Scattered snares, synth, and special effects fighting sounds make up a really dope “Slice 4.” The groove line featured on “Slice 5” seems to be perpetually about to fall out of beat, but it keeps my head bobbing the whole time.

After a brief eerie piano intro to “Slice 6,” the song takes drastic turn when the driving instrument becomes a ghastly whistle synth noise that at times has a cadence that reminds me of the chorus of “This is Halloween” from The Nightmare Before Christmas.  Accompanying this sound is some of the best, most varied percussion on the whole project, ranging from traditional trap drums to what sounds like some cowbell, along with some random grumbling samples. The project concludes with “Slice 7/8,” a track that has a really unique electronic-reggaeton feel to it.

The types of beats on this project vary, but Pizza Pizza has a distinct sound that sticks out in a time where many producers are trying to capture those ethereal sounds similar to what XXYYXX, Clams Casino, and Shlohmo have done. Yung Zza (his Facebook name) has also continued to provide a constant stream of new slices that aren’t on the album but are worth the peep as well.