Pink Elephant – Around Your Neck 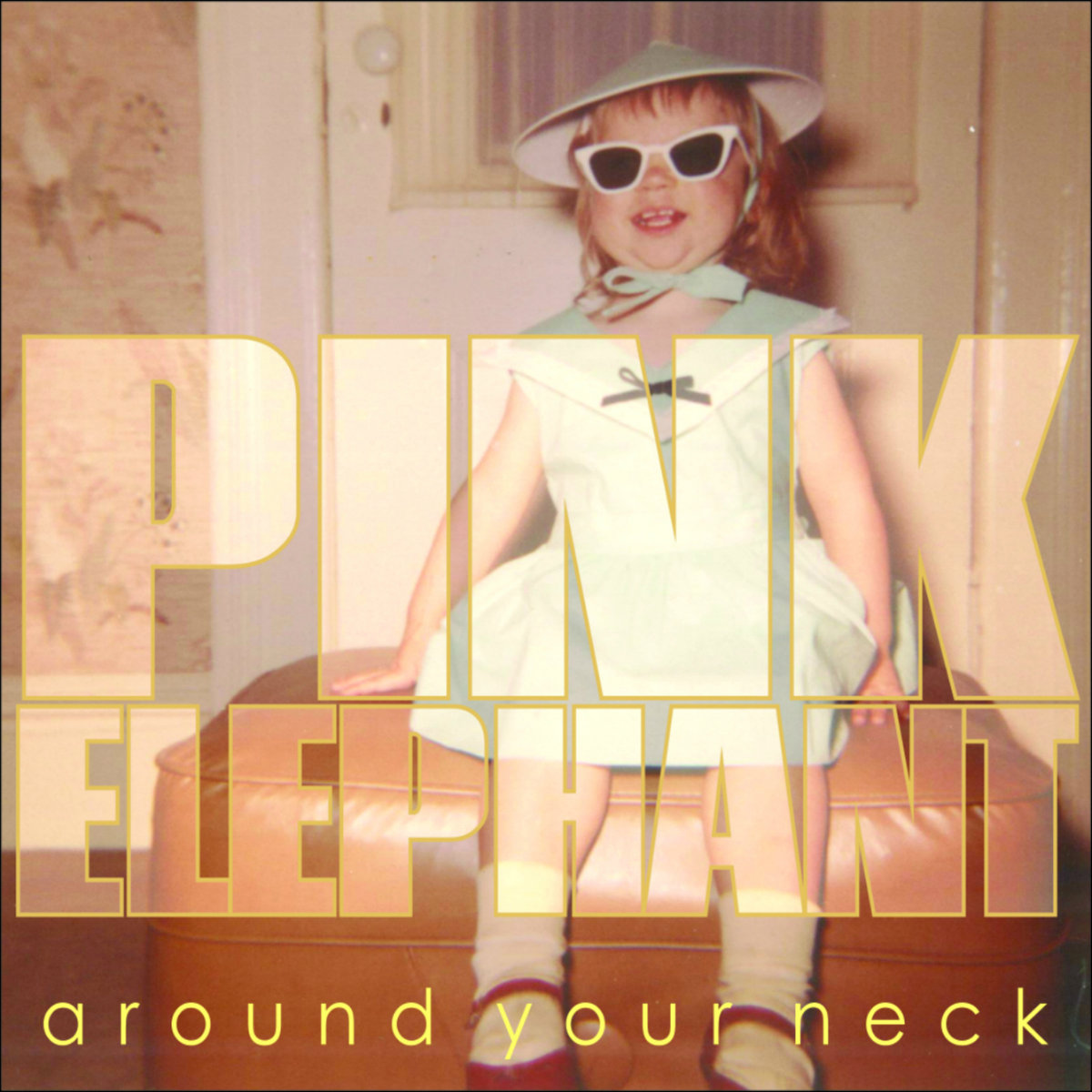 Rochester garage/noise-rock outfit, Pink Elephant are hot off their recently released single, and have dropped a new LP, Around Your Neck on 20 Blood Records. The four piece consists of Eric Witkowski on vocals and guitar, Greg Wilcox rocking the bass, Jeff Thompson banging on the drums, and Nick Walter rounding out the group on guitar. Around Your Neck is a conjoined effort to put out some solid tracks that bridge the gap between pysch-noise and post-rock.

What sets Around Your Neck apart from other alt-rock records is with its diversity. There’s so much going on with the record that things never get stale, like week old bread left out on the counter. These songs aren’t a band trying to reinvent themselves, or a band straining to be “different”. Instead, this diversity just shows how strong Pink Elephant are as a band.

Songs like the title track, “Around Your Neck” showcase more of the head strong pysch-noise sound that everyone knows and loves. The opening 3 tracks on the record follow in this vein. Then things change and morph, just a bit, with the song, “Minor Skyline” which shares in the intensity of the preceding tracks, but with more of nod towards a post-rock style of songwriting. Now, that’s not to say that Pink Elephant all of a sudden start going off on 15 minute riffs like Pelican or something. “Minor Skyline” and other tracks like, “Sarah Puts Her Feet in the Water” and “Tent City” are still energetic tracks with the same attitude that Pink Elephant brings to the table.

Both varied and focus, Around Your Neck, is a strong outing from a band that’s really making waves in the scene. You can pick yourself up a copy of the record on CD or listen through Pink Elephant’s bandcamp.