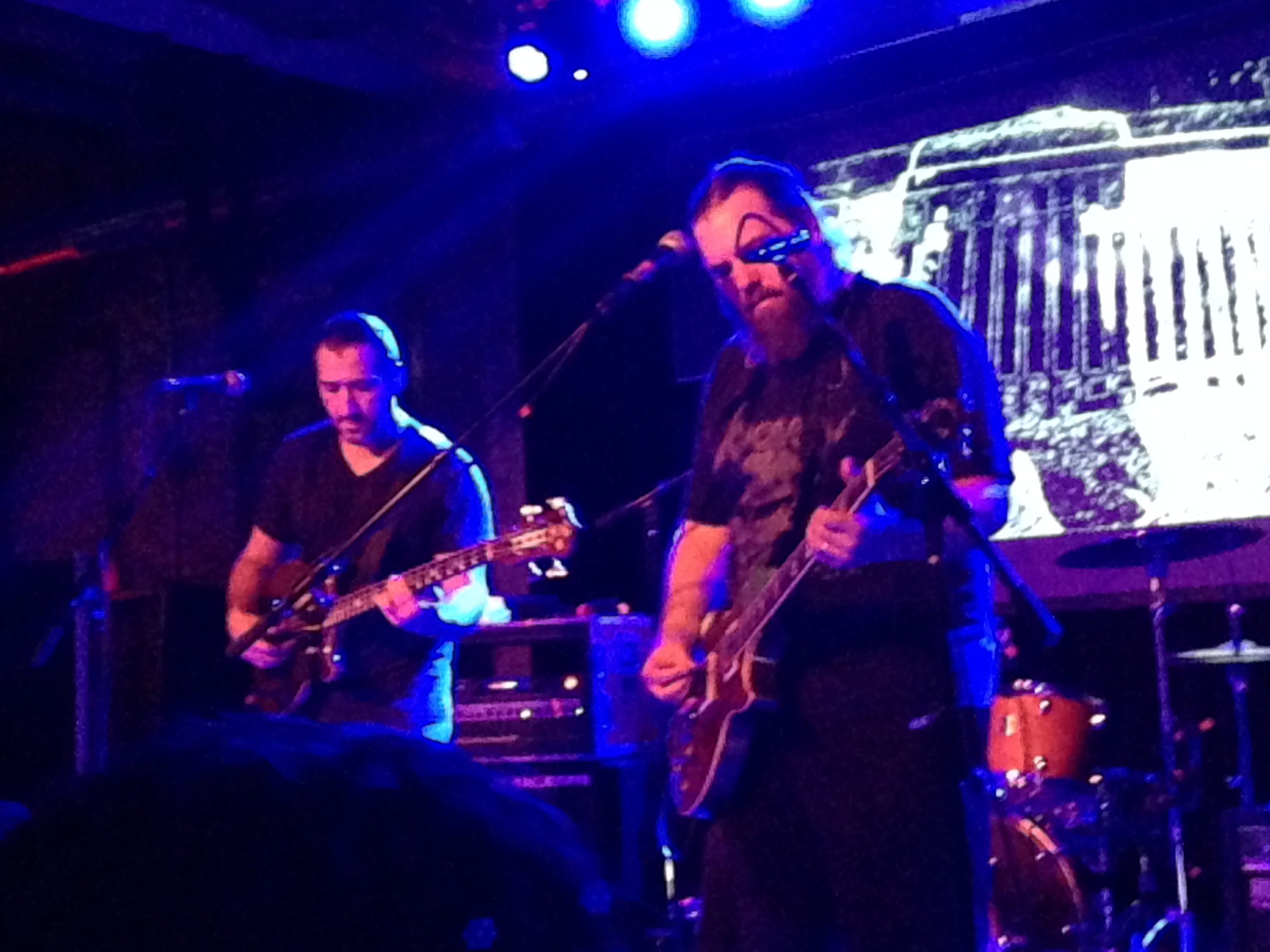 With this odd polar vortex framing our upcoming winter, my sense of nostalgia has been going crazy. I have always felt like Buffalonians are allowed only a few short weeks of crisp sweater weather before we get annihilated with snow… So on went my flannel and my dollar store beanie – as I headed out my door to go see Pinback last night, I had a feeling it was going to be a night worth remembering.

Luckily for me, Pinback was coming to Buffalo. I have resigned myself to the fact that I have to occasionally drive to Pittsburgh or Cleveland to catch my favorite bands. It’s just a fact of life… And when a soul-crushing shift at my job cost me a chance to see Cloud Nothings earlier this year,  I had been determined to get to Iron Works ever since. The cobblestone streets are a nice touch (maybe not nice enough to justify those $4 PBRs)… But in all seriousness, I thoroughly enjoyed the good vibes while we watched the room fill up around us. I had gone on an adventure with some friends to see Pinback once before (at Mr. Smalls in Pittsburgh). The same group of people were there again last night. It was a nice reunion.

It just so happened that I had also seen Tera Melos, the opening band, once before. My fondest memory of them was watching the bassist “cover-a-nostril-and-blow” while simultaneously playing some very technical polyrhythms. This resulted in two dozen snot-rockets being ground into the ratty green carpet covering the stage at the Buffalo Icon. Despite my distaste for phlegm, the mere fact that my memory took place at the Buffalo Icon means that I hadn’t seen them in close to a decade… and I was more than pleasantly surprised. The band was unbelievably tight, peppering their songs with complex loops and cosmic effect pedals. A mind blowing performance of “Frozen Zoo” ended up being one of the most memorable parts of my evening. Despite my limited knowledge of the band, fellow buffaBLOGGER Ronald Walczyk recognized an alternate version of an older song, “Melody 9,” featuring live instrumentals instead of the original electronics. It reminded me of Radiohead’s take on “Bloom” from their Live in the Basement session.

In typical two-band fashion, Pinback took the stage after Tera Melos. Although I’ve been a casual Pinback fan for years, Summer In Abaddon has been a recent obsession of mine. The band opened with “Non-Photo Blue” and never bothered to look back. Zach Smith and Rob Crow were on point – their dual take on vocals was nothing short of flawless. After two powerhouse performances of “Sender” and “Syracuse,” the band launched into my personal favorite from SIA, “Bloods on Fire.” I was particularly impressed with the backing track that the band played to – functioning only as a three piece, most songs were played at an increased tempo. I was pleased that they were playing to a track unique to their live performances, not to mention the quasi-creepy quality of the synced projection being beamed on a screen behind them. The most notable of this was a campy, synth-heavy take on one of their signature songs, “Fortress.” Also worth mentioning was the lilting drawl of “Soaked” and a rowdy performance of album-ender “Scent,” featuring Crow’s half-sung, half-yelled chant of “Remember… The summer… In Abaddon!”

Other set highlights came from “Penelope,” “From Nothing to Nowhere,” and a beautiful rendition of my favorite song (bonus Nick Sessanna trivia), “Loro.” The band wrapped up their encore with a six-person, two-band collaboration between Pinback and Tera Melos. I was happy to see both bands for an epic finale, but what resulted was exactly what you’d expect when you get Tera Melos and Pinback on a stage together… Nevertheless, this was one of those concerts that only coalesces once in a blue moon. I couldn’t help but feel thankful to Iron Works for putting on such a fine evening.