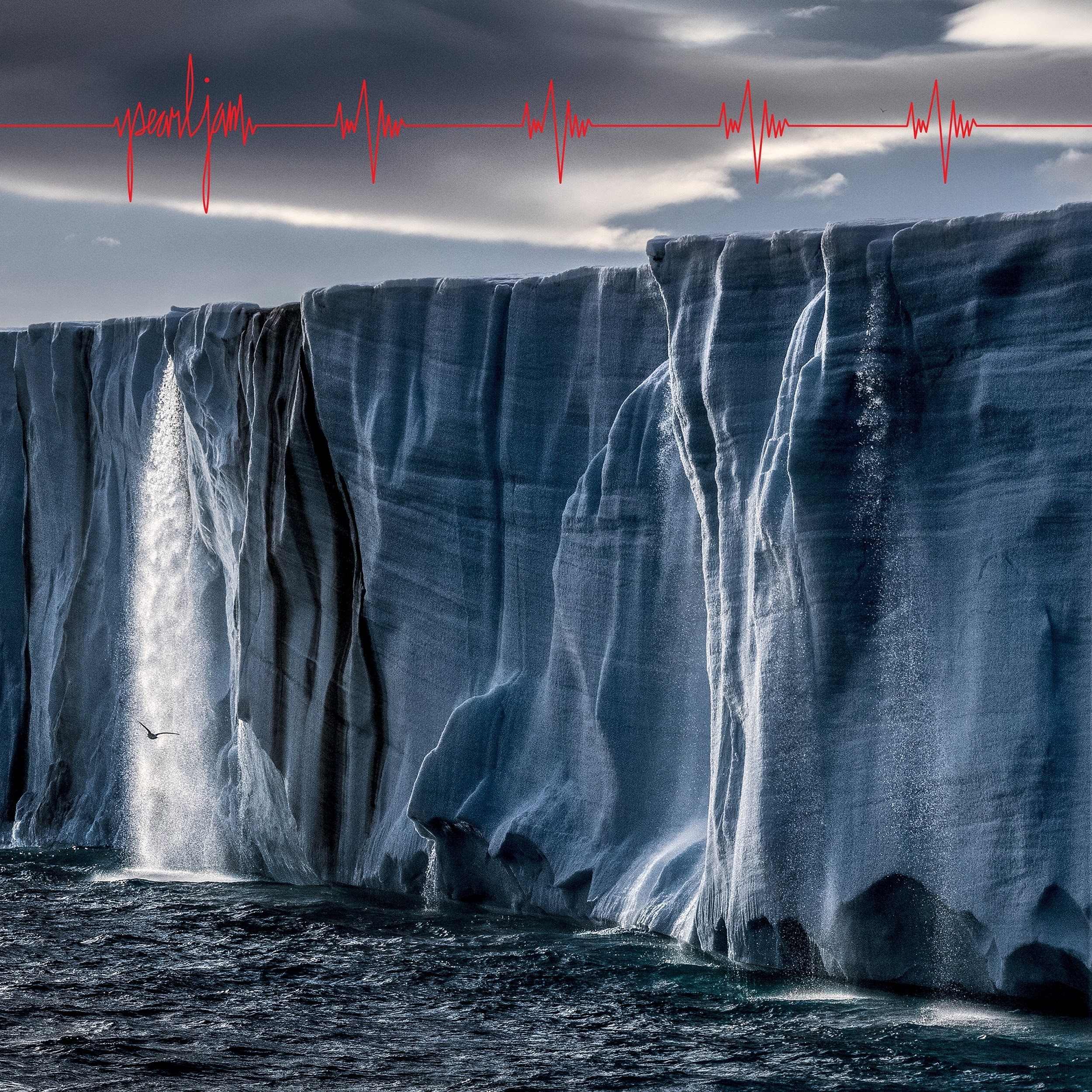 These days, the only time you ever hear the word ‘grunge’ in and around music is as part of the sentence ‘grunge is dead.’ That’s not exactly true, but or is it a large-scale exaggeration. It’s now more than twenty-five years since Nirvana’s Kurt Cobain took his own life, and the sad anniversary of that event last year was the first time mainstream media outlets had written about grunge in forever. To them, Nirvana was the whole grunge scene. Without Cobain, the scene was gone.

Those of you with your ear to the ground and a more open mind will know that was never the case. Grunge carried on and still carries on to this day, and the biggest name still active in the field is Pearl Jam. It’s been a very long time since Pearl Jam released an album (2013’s ‘Lightning Bolt,’ which attracted fair-to-good reviews), but now they’re back. They’ve been back in the recording studio, they’re back on tour, and they hope they’re going to be back in the charts with their brand new album release ‘Gigaton.’

For a musical act with such a fearsome reputation, you don’t hear much from Pearl Jam when they’re not around. They may have had all the swagger of Guns n’ Roses in their youth, but they never aped the commercialism of Axl Rose’s band. You’ll find Guns n’ Roses’ back catalog playing as the accompaniment to their ‘official’ game on online slots websites. That’s fine with us – they’re free to do whatever they want with their music, and if they want to entertain online slots players, that’s their prerogative. It’s almost impossible to imagine Eddie Vedder sitting down to thrash out a deal with an online slots website and slots blog. Commercialism has never really interested Pearl Jam, and that’s evident on ‘Gigaton.’

Describing any grunge album as ‘grown up’ feels like missing the point. Grunge has its roots in the despair that comes with the hormones and anger of our late teens and early twenties. It’s music for angry, tortured people who feel like they’ve been exposed to a world that doesn’t understand them and has no place for them. To put it another way, it’s music to rebel against your parents to. Despite that, Vedder and the gang have somehow managed to find a way to make ‘Gigaton’ sound more mature without selling out the fundamental principles of what grunge is and should be. They won’t get enough credit for doing so, but it’s a masterful act.

It would be fair to say that even though they’re no longer young men, Pearl Jam has found a lot to be angry about in the past few years. So much of the album’s content is directed toward Donald Trump that they may as well have named the record after him and mailed him an advance copy so he could prepare a withering Tweet to send back to them. The song ‘Quick Escape’ is all about Vedder’s desire to move to a place that hasn’t been ‘messed up’ (we’re being polite there by substituting a word) yet. The follows up by calling for a mass civil uprising against America’s leaders in ‘Seven O’ Clock,’ and signs off the album with a doom-laded narrative about how discontent actually plays into Trump’s hands in ‘River Cross.’ We’re not sure whether to best describe it as an album or an act in three parts, starting off with blind fury, progressing to promises of violence, and ending with a tone of resignation. We’d say ‘weary resignation,’ but there’s nothing weary about ‘River Cross.’ If you’ve ever wondered what Pearl Jam would sound like if they decided to try their hands at gospel, you’re about to find out.

Unsurprisingly, the tone of both the music and the vocal delivery is a little lighter than classic Pearl Jam albums of the past. There’s more singing and foot tapping, and less shouting and fret shredding. The closest they come to the Pearl Jam of the 1990s is ‘Take The Long Way,’ which was perhaps tellingly written by Matt Cameron, the band’s drummer. Cameron still appears to be able to channel rage through music in a way that perhaps eludes Vedder in his mid-50s. There’s also a great two-tone rock song on the album in the shape of ‘Superblood Wolfmoon,’ even though it’s a lyrical atrocity which makes zero sense when you hear it for the first time and even less sense when you see the lyrics written down. We’re guessing that the band included that one because they had fun writing and recording it, and so that’s OK with us. There isn’t enough fun in rock music anymore. If Pearl Jam wants to bring it to the table, we’re happy to take it off their hands.

Pearl Jam has provided us all with some spectacular emotional songs in the past, and this album would feel incomplete without one. Fortunately for us, it isn’t incomplete. We dare you to listen to ‘Come Then Goes’ and not feel anything whatsoever. Vedder has never said – and probably will never say – that he wrote the song about Chris Cornell, but there are enough tell-tale sings in the lyrics that the fallen Soundgarden frontman was in his thoughts when the track was being written. It’s a song unlike anything else on the album, and it would probably have made for a great single if we lived in a world where single releases still mattered in the slightest.

The Pearl Jam of 2020 is not the Pearl Jam we all grew up with, and nor should they try to be. People change with their weight of experience, and that older, melancholy tone of experience rings right through this album. They’re undeniably still relevant, though, and it’s perhaps a shame that it falls on the old guard of rock to say things about our leaders that younger artists appear to lack the courage to speak. It might not convert any new fans to the band, but ‘Gigaton’ is a must-have for anyone who loves their previous output. It’s available everywhere from March 27th.