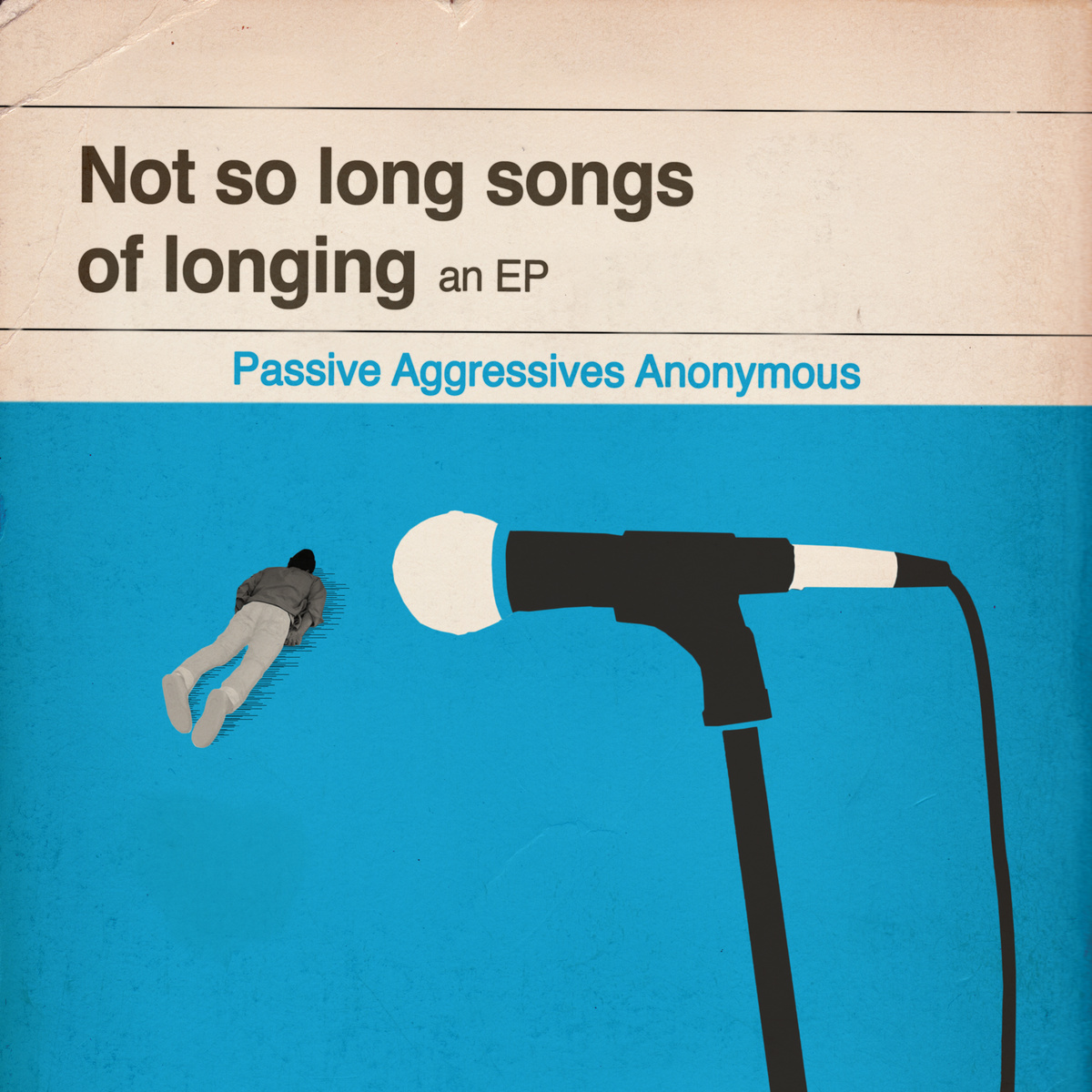 In yet another installment of buffaBLOG’s ‘we missed a lot of good music over holiday break and now we’re playing catch up’ series of posts, I find myself unabashedly swooning over the satirical croon-rock songs on Passive Aggressives Anonymous’ new EP, Not so long songs of longing. For those of you unfamiliar with the Rochester quartet, think the tongue-in-cheek lyrical prowess of Father John Misty meets the charming sounds of Yo La Tengo. There, somewhere in the middle (and probably off-center a bit), you’ll find Passive Aggressives Anonymous.

The five songs on Not so long songs of longing are all full of finely-tuned nuances that one may miss out on upon first listen. Singer John Valenti’s theatrical baritone is easily appreciated over the smoothness of the lounge-like instrumentation, but an attentional listen-through reveals an enjoyable irony in the music’s romantic nature. Take “Grinding” for example: “Let’s spend the night grinding… it’s not legally binding, but it could turn into more.” croons Valenti over a marriage of acoustic guitar and cello one might hear at a fancy restaurant. Could it be an inconspicuous denouncement of modern society’s raunchy dancing habits? Or perhaps just a heroic representation of thoughts that aren’t normally fessed up to? Either way, the resulting culmination is smooth, cultured, and devilishly impure, making Not so long songs of longing one of the most unique musical endeavors I have heard in a while. Deliciously old-fashioned music delivered on a brilliant, new-age silver platter. Check it out below.

By the way, PAA have submitted a video performance of their song “LOL” (also on Nslsol) for consideration in NPR’s Tiny Desk Contest, in which bands and artists are instructed to record themselves performing at some kind of desk. The video is certainly worth mentioning; “LOL” is, to be put succinctly, just delightful. Check it out here.