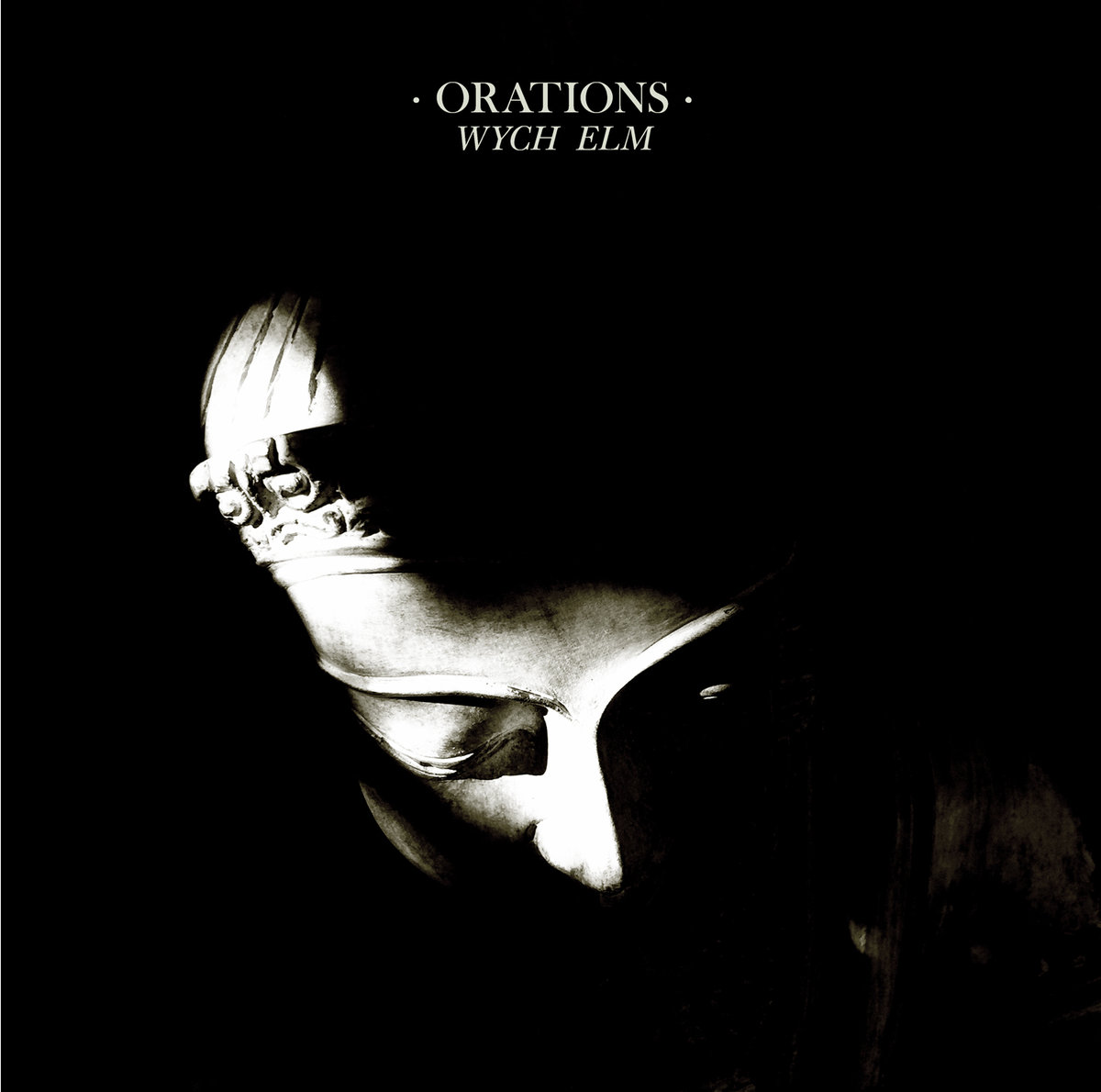 Following up on their previous EP, Incantation, Buffalo quartet, Orations, have released their debut 12” LP, Wych Elm on March 17, through Custom Made Music. Showcasing the variance in 80’s post-punk, Orations’ debut is in part a look back, a revivalist endeavor so to speak, while also being a record that stands on its own merits. Orations is Jess Collins on vocals, Paul Morin on guitar, Jason Draper on bass and melodica, Matt Chavanne on drums and percussion, with additional help from Aaron Ratajczak and Rick Wright.

Present on Wych Elm are some of the various iconic sounds that made up a chunk of the post-punk sonic aesthetic from the 80s. Like the jangly, sometimes airy and dreamy guitar, the dark, low, rhythmic bass, and the often brooding, dour vocal delivery. The reproduction of the genre is flawless and the band really wears their influences on their sleeves, including bands like Chameleons, Joy Division, Southern Death Cult, and New Order.

Songs like “Speed of Dark” showcase the brilliance in Collins’ voice. At times, it is a quiet murmur, full of emotion which evokes fragility and pain while holding onto a disquieting nuance, reminding one of Morrissey at his most despaired. At other points, the vocals are strong and defiant, like on the high impact track, “Death and Co.” What keeps the record spinning is how the band uses their familiarity with post-punk, and ties it together with a contemporary sound and production quality. It doesn’t exactly reinvent the genre, which isn’t something I think the band is really setting out to do; the wheel works just fine as it is. Wych Elm sets what made post-punk the defining genre of its time, into a more contemporary setting. The touches are small though, a drum pattern here or there that you might hear in recent indie outings, sometimes the way that Collins sings a particular line. They evoke a sense that no, this record wasn’t magically recorded back in 1982. An appreciated touch.

You can get yourself a copy of Wych Elm either through the band’s bandcamp, through Custom Made Music, or stream it through Spotify.