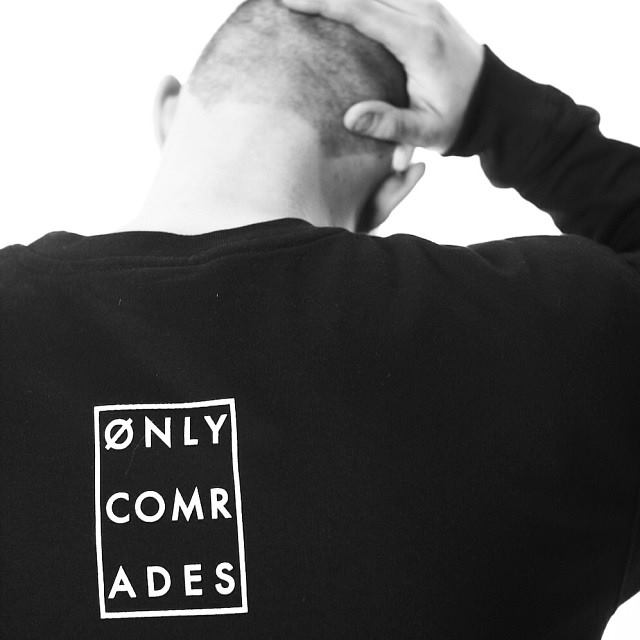 Only Comrades have become known as the crew adorned in base tones, with classically gothic-inspired design and a vibe that sings dark and sweet and tempestuously divine. Since the clique’s European travels, the Comrades’ artistic work reflects that much more poetic prowess.

For their Herd Fest showcase, the street wear crew will present Tanner Caldwell, hailing from Philadelphia. As a DJ and producer, he travels nearly consistently and has releases under names such as Top Billin, Gold Whistle, creator of DICKSQUAD, and more. His sound is expansive and unique, whether you’re looking to bounce to some jersey club, or get melodically lifted with songs like his remix of Télépopmusik.

Sharing in the camaraderie are Buffalo’s SwaggleRock, comprised by Buzz Trillington and Shooter McNappin. These two and Caldwell have shared the stage before and will again during Comrades’ showcase at Hardware. SwaggleRock just recently returned to the 716 after a West coast tour, playing in places like Orlando, Philadelphia, Austin, Dallas, Missouri, Chicago, Denver, British Columbia, Alberta, Toronto, California and Las Vegas – and that’s only been in the past few months. With EP releases and collaborations with major players, SwaggleRock are Buffalo homies that should not be missed.

Also playing the night in the backroom will  be the femme fatales of S(in)isters and Buffalo-based dance DJ duo, ABCDJ. They moonlight as interstellar electro duo UVB-76. The bonus, front room of Hardware will be taken over by C.U.F.X, Mace, Eppo, and Medison.