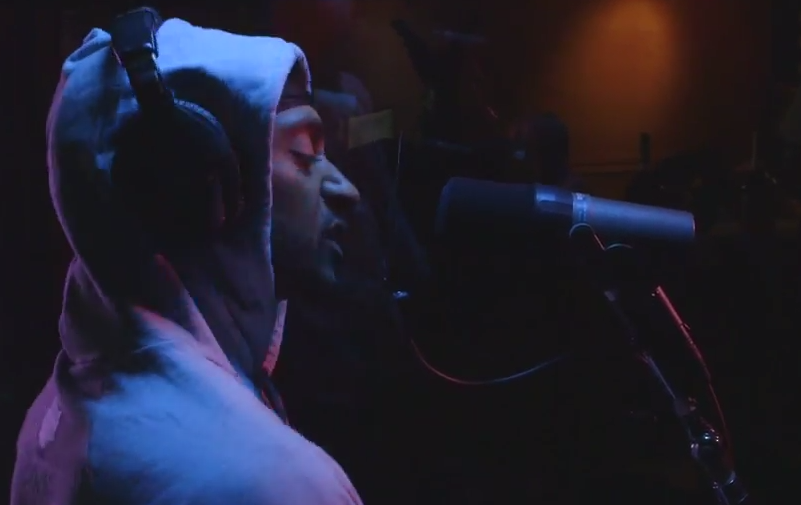 After many months of anticipation, one of the most exciting and ambitious rap projects of the year is here. “The Rap Monument,” headed by prodo-wizard Hudson Mohawke and his team, and in conjunction with Noisey and Hennessy, is a 42 minute rap song featuring a slew of 30 rappers. Hennessy’s inclusion is important because you see it about every ten frames, but oh well, it’s liquid gold.

This track has something for everyone. HudMo crafted a bombastic, horn-heavy beat that’s emulative of his style in the best way.  He switches it up along the way as to not let it get tiring while everyone gets their shot at delivering the best verse. If you’re looking to listen to a radio giant, Young Thug has his own mini-song in the middle of the track. Industry names like Danny Brown, Pusha T, Killer Mike, and YG have a some great verses. New York is also well represented, both in the new age and with some legendary veterans. Action Bronson, Meyhem Lauren, and Himanshu make appearances, and old heads like Wu Tang’s Raekwon and Mobb Deep’s Prodigy are on here too. The track also features a few rap groups in their entirety, including World’s Fair, Two-Nine, and the Flatbush Zombies, who nearly steal the show.

Amid all the bigger names are plenty of up-and-coming rappers who are deservedly getting their chance to shine. As far as best verse goes, I’d have to go with Problem’s dynamic effort or Bodega Bamz’ catchy, declarative 16, but with 30 rappers on here, there’s no way to be objective. Peep it below and decide for yourself who killed it. If you’re not into watching all 42 minutes, or you want to meticulously listen to Retch’s verse to figure out if he’s actually speaking English, Noisey was kind enough to release each verse individually on their YouTube page, so check that out too.