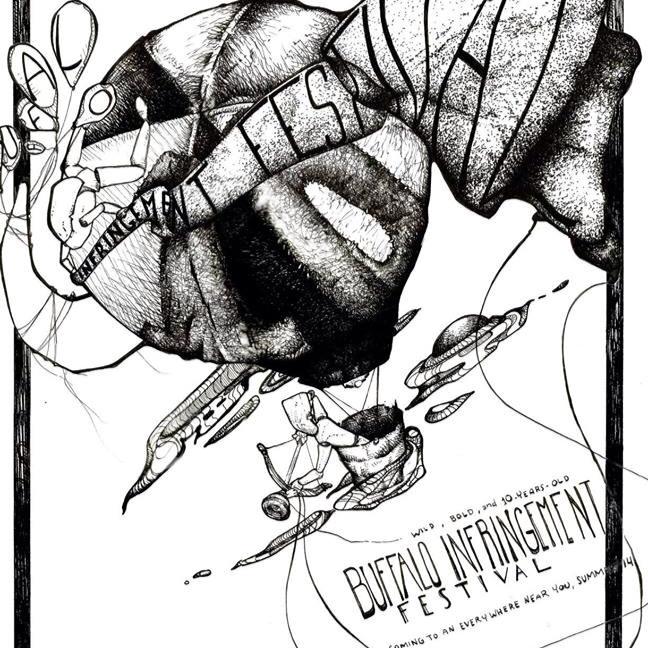 Ready or not, the Buffalo Infringement Festival is back for its tenth year running. For the next 11 days, various venues, galleries, shops, street corners, and wherever else you can fit a performer in the Allentown neighborhood and beyond will be bustling with anything and everything under the performing arts umbrella.

Now if you want to pick through the endless madness that is a normal Infringement schedule, be our guest. We have done it for many years and it has left us dizzy nearly every time. The days are dense, full of endless options, and honestly overwhelming. But, if you wanted a little help this year, you have come to the right place.  Here are nine acts we think you should make some time for this year during Infringement 2014 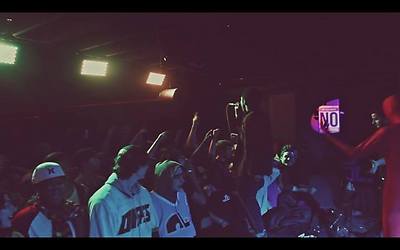 The former is a rap crew, led by Quinton Brock, that should help fill the hole that Death Grips’ sudden retirement left. The latter sounds like Mac DeMarco crushing on Shuggie Otis. Both are equally interesting. Lately, the Get Money Squad has been getting some nice burn on this blog and our weekly podcast series. The laid back, urban surf rock has hit just the right notes in our blog offices over the last few weeks, and catching their first (?) live performance is right at the top of our Infringment bucket list. You can catch one or both of these acts tonight at the opening ceremonies at the Infringement home base of Nietzsche’s right around midnight. The full Infringment schedule for Network/The Get Money Squad can be found here. – MPM

The Chicago chamber pop act has non-Infringement show Tuesday evening at the Ninth Ward, and apparently, they like Buffalo so much that they are adding a couple festival gigs to their schedule. The group’s sweeping, orchestral tunes paired with male and female harmonies recall acts like San Fermin, fellow Windy City act, the Papers, or even Los Campesinos if they ever took the foot of the gas and embraced an autumnal side (I know that last one is a bit of a stretch). They will play at 6pm on the 30th as part of the Iron Works Infringment Wednesday showcase at, you guessed it, Buffalo Iron Works. The full Infringement schedule for Morning Arms can be found here. – MPM 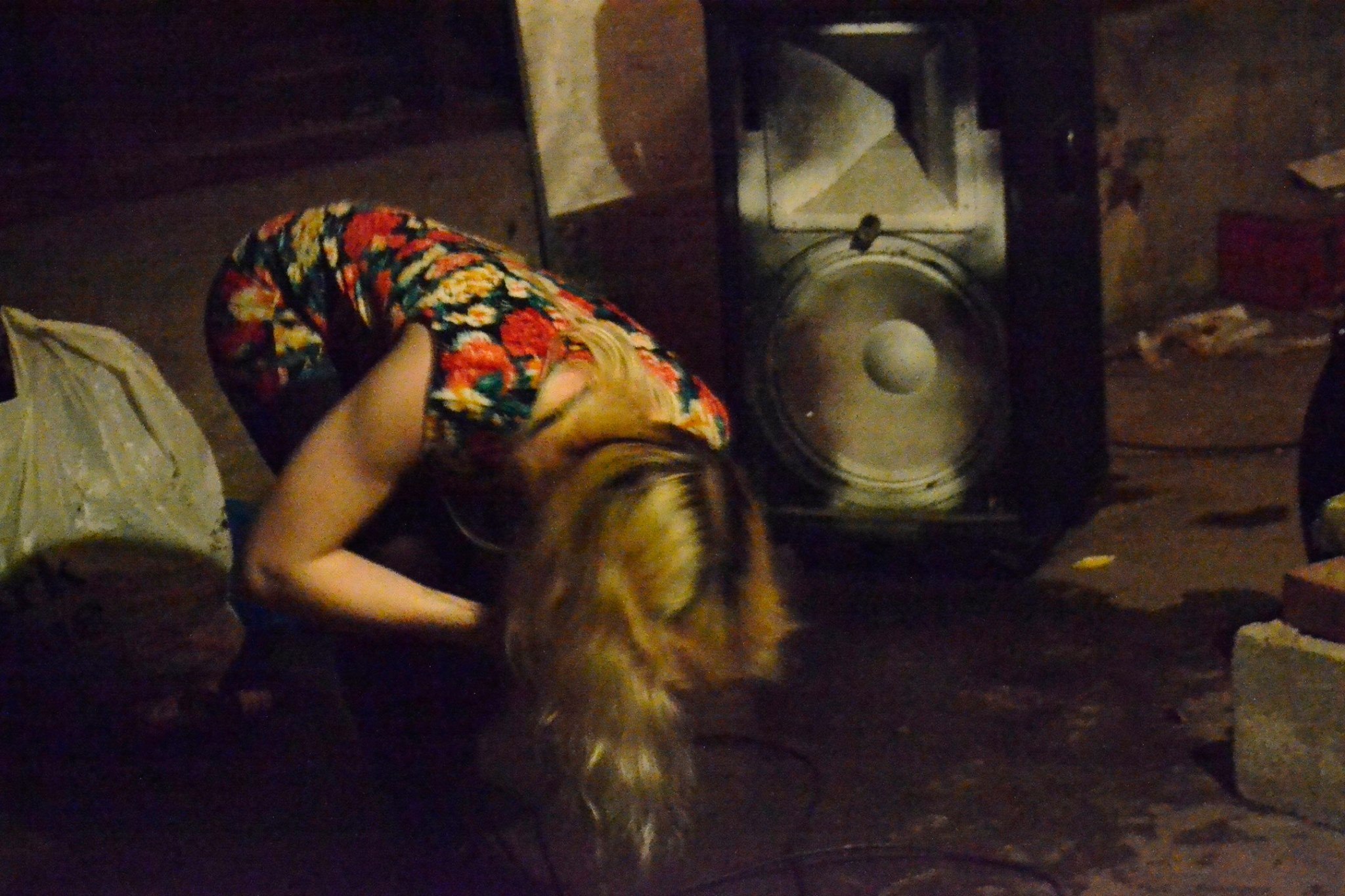 Fuzzy one-woman band, Copy Manager, has peaked our interest ever since her work with the Cheesecats project last December. As you may remember, we named Copy Manager one of our five Buffalo acts to watch in 2014. Her cutesy curt keyboard-led songs cater to those who like to hum and have short attention spans. You can catch Copy Manager tonight (Thursday) at Nietzsche’s for the Infringement opening ceremony. The full Infringement schedule for Copy Manager can be found here.  – MJM 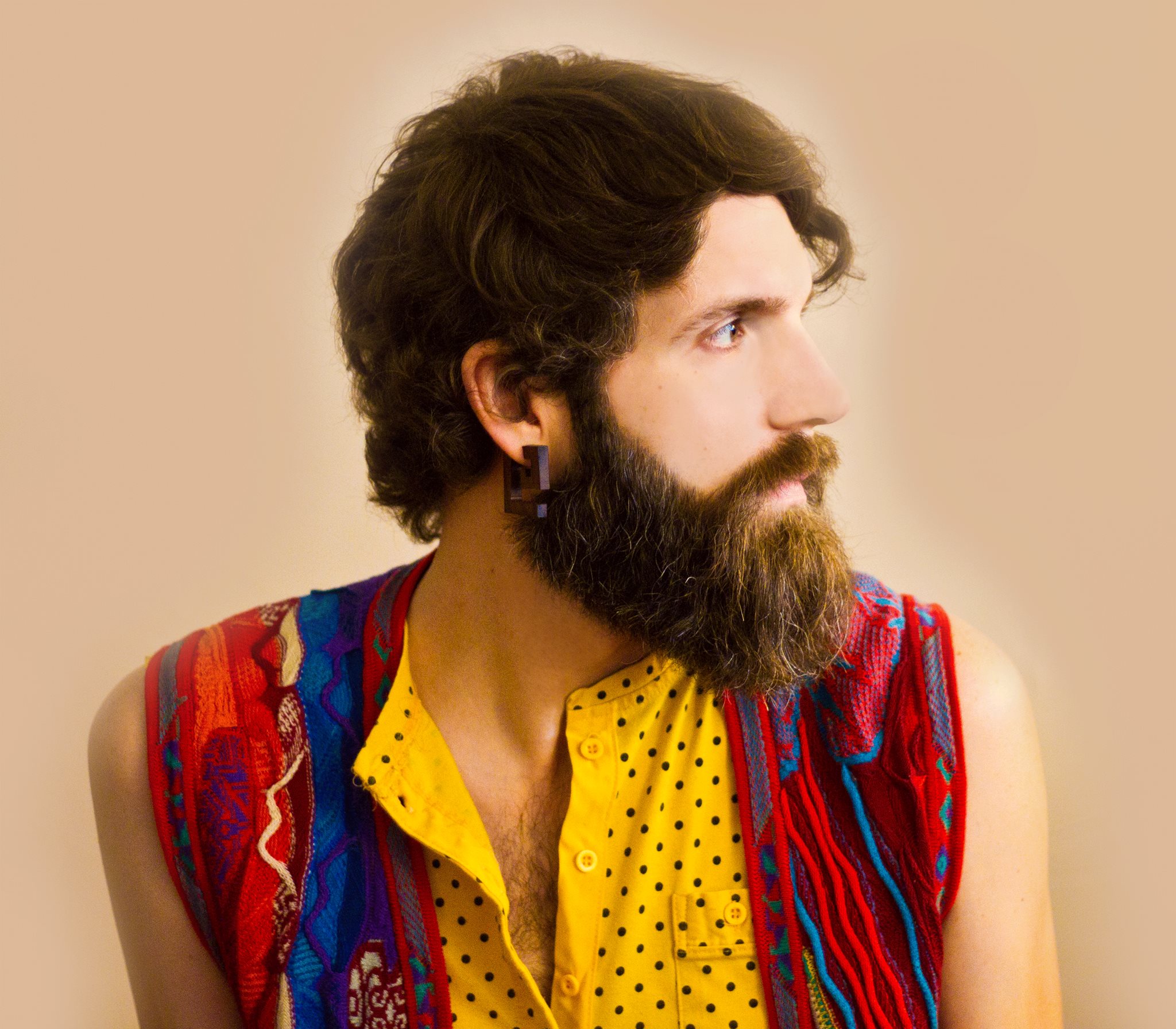 Experimental pop musician, Joseph Mulhollen, will be in town with his band the Beasts for a couple Infringement dates. The Baltimore based musician is hard to peg down. At times, he resembles Owen Pallet and Andrew Bird with his flair for the theatrics. At other times, he sounds like a more contemplative version of Ra Ra Riot. Then he drops a song like “Garbage” (see below) and I am left at a happy loss. Whatever it is, I like it. You can catch the act and judge for yourself as Mulhollen and crew will be a part of one of the better Infringement showcases, Ethereal Thursday at Karpeles North Hall, at the Manuscript Library next Thursday, the 31st, around 7pm. The full Infringement schedule for Joseph and the Beasts can be found here. – MPM

Bluesy backwoods rock four-piece, Mr. Boneless, have been the talk of the town for the past week since their release of the group’s debut full-length, Cutting Teeth. The quartet’s sound is a mix between riotous Modest Mouse and cool mechanic 90’s grunge.   Boneless will be headlining the stage at Nancy’s Building (corner of Plymouth and Connecticut St.) on Saturday, July 26th, at 8pm. The full Infringement lineup for Mr. Boneless can be found here.  – MJM 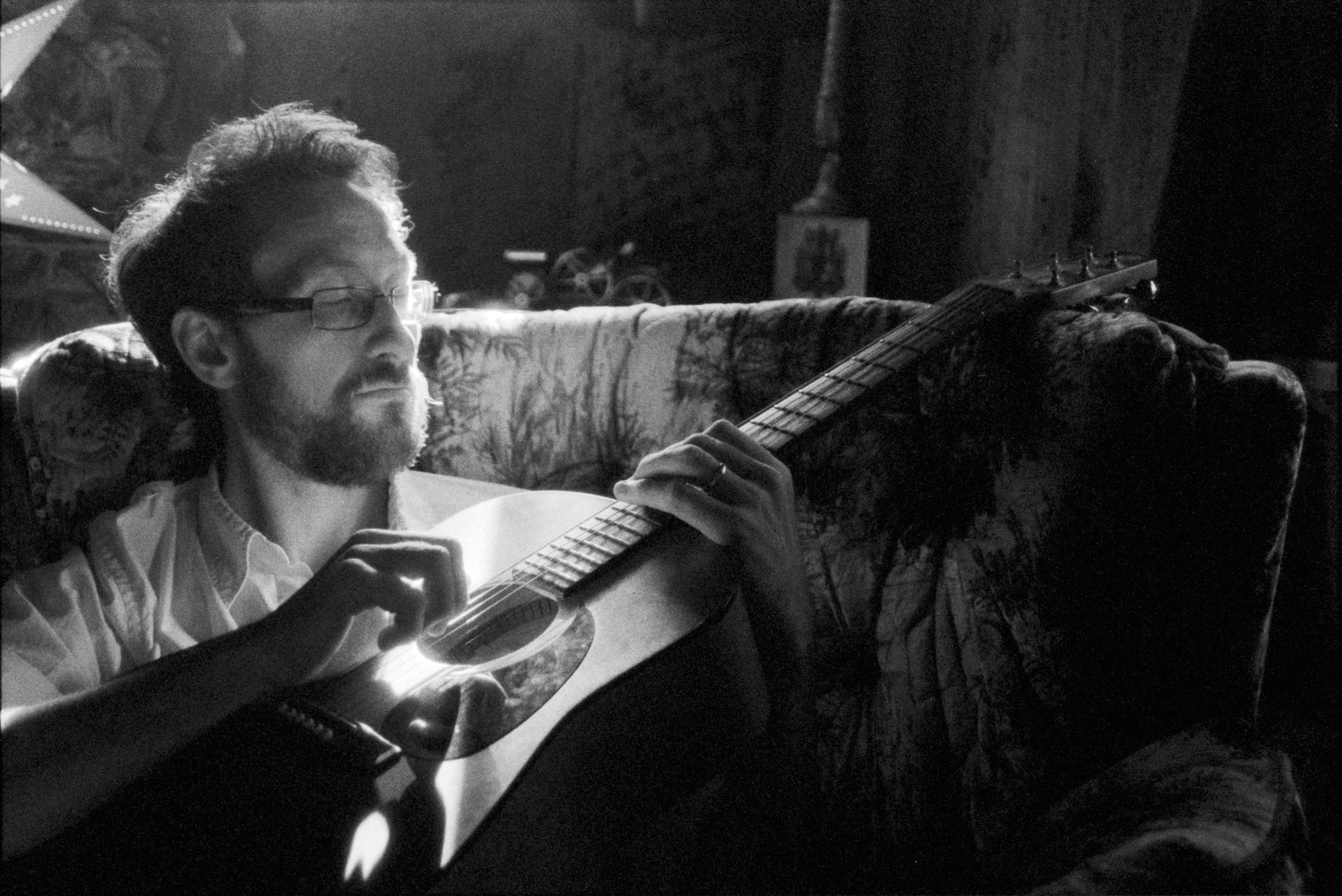 Asthmatic Kitty (home to acts like Sufjan Stevens and My Brightest Diamond) artist Chris Schlarb’s lone Infringment performance is already building some nice hype. The long time, avant-garde guitarist has touches of Nels Cline, Jonny Greenwood, and countless other guitar masters in his music. The excerpt from his “I Can Live Forever If I Die Slowly” composition sounds like a post-rock meets jazz dream. Check him out at what should be one of the more memorable sets of this festival at El Museo this Saturday at 9:15pm along with special guest Alfred Brown. The full Infringement schedule for Chris Schlarb can be found here. – MPM

Bring Me Your Vultures 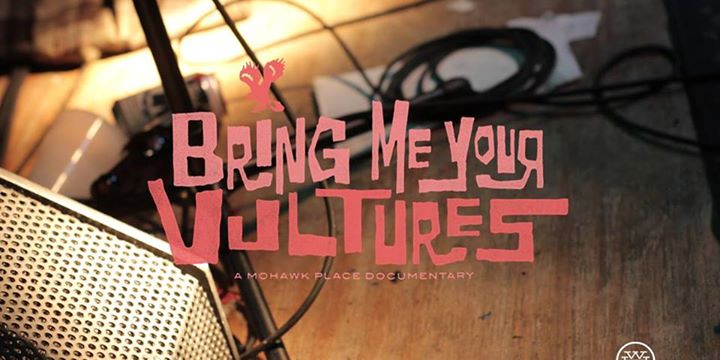 While the documentary of the final days of Mohawk Place doesn’t technically qualify as an “act,” if you missed the screening earlier this year at the Town Ballroom, or if you have yet to pick up a copy of the DVD, then this would be a great time to check the movie out. Featuring interviews from musicians, employees, promoters, and loyal patrons during the Mohawk’s hey day, in addition to some great performances from Pentimento, Every Time I Die, Johnny Nobody, Girlpope, and more, Bring Me Your Vultures captures what it was like to be a part of the venue, through good and bad, and how much the place will be missed. While the Mohawk is set to reopen later this summer as Buffalo’s Mohawk Place, once those doors closed back in 2013, something special was lost with them, something that this city may not see again for a long time. You can get your first crack at seeing the doc tomorrow night at Halwall’s as part of their First Friday Film Fiesta sometime around 8:15. The full Infringement schedule for Bring Me Your Vultures can be found here. – MPM 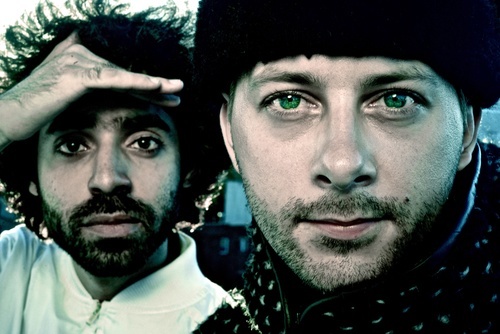 Without a doubt, one of the most-polished sounds performing at Infringement this year has to be Graph Rabbit. This Brooklyn-based duo, signed to Butterscotch Records, reminds me of a keyboard contained Sigur Ros if they sang in English. Check them out on Thursday, July 31st, at Karpeles Manuscript Library. They should be on by 8:30pm. The full Infringement schedule for Graph Rabbit can be found here. – MJM 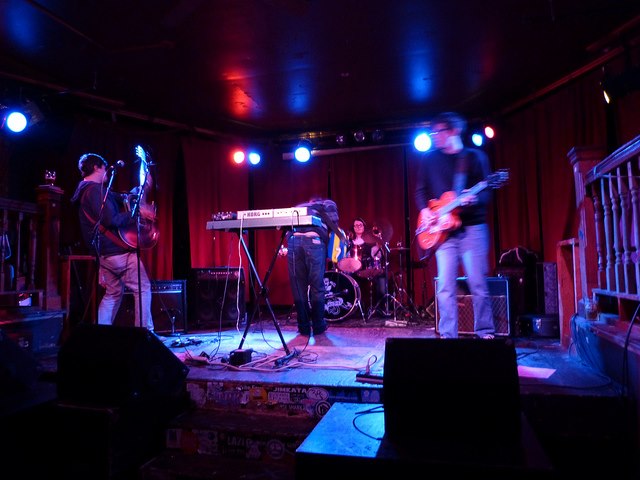 There are some functioning local acts that seem like it’s been forever since they have released new material, and Like a Panther is one of them. The band’s freshman full-length, Rockpile, was more of a musical journey than an album. Like a Panther can best be described as lo-fi atmospheric indie rock comparable to a hushed S PRCSS. Check them out on Friday, August 1st, at Nietzsche’s at around midnight. The full Infringement schedule for Like a Panther can be found here. – MJM