Night Slaves – THREE AND A HALF 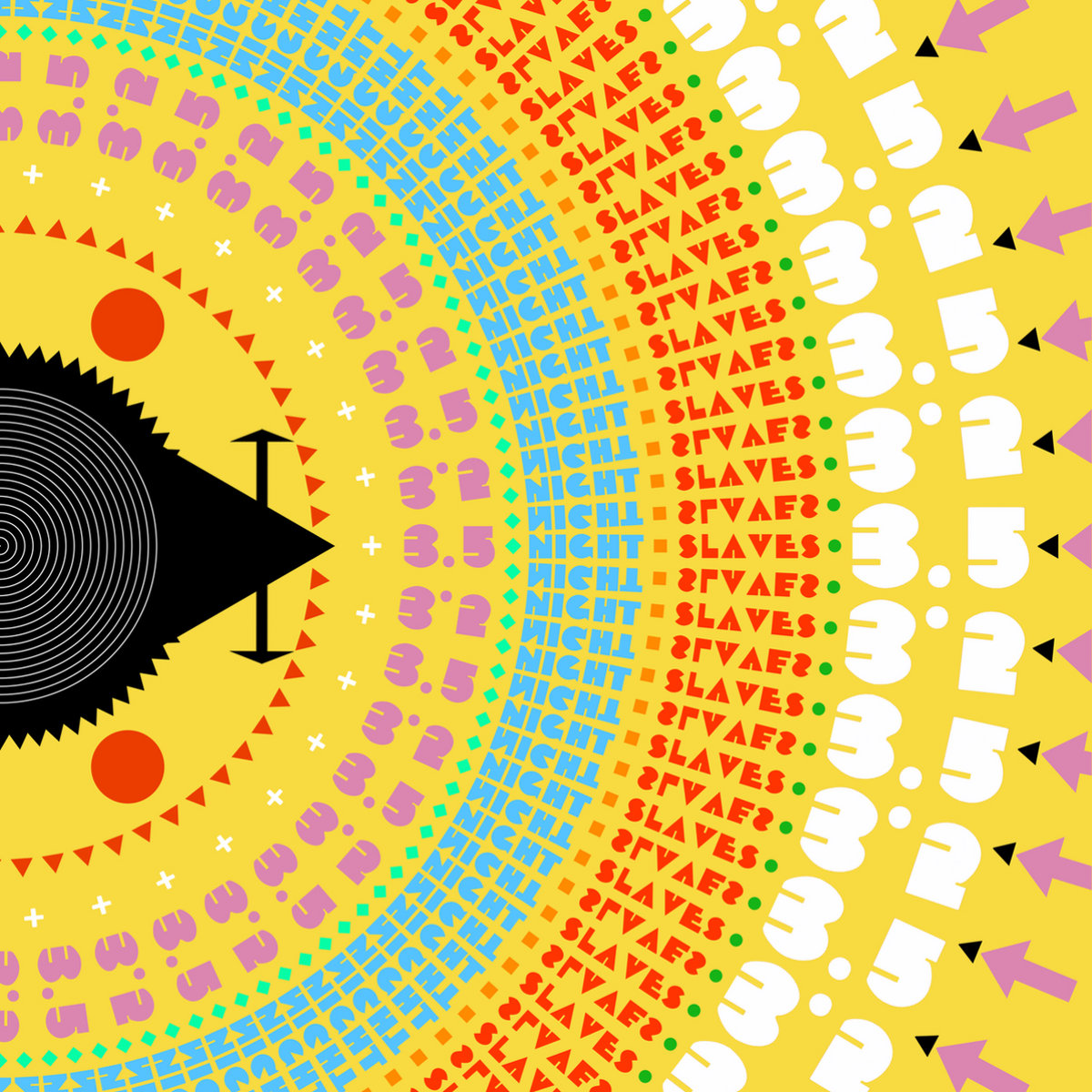 Operating as mysterious as the shadows that lurk after sundown, Night Slaves, a wonderful boogie-rock band with an affinity for ’60’s Brit Pop and psychedelia, have recorded a new album. THREE AND A HALF, released on Buffalo-based label Swimming Faith, appropriately dropping in mid-March during the height of the COVID-19 crisis. Regardless of the timing, THREE AND A HALF has definite staying power.

Track one, “CAGE,” begins with an eerily familiar drum beat. Some recognize it as a re-imagining of the Rolling Stones hit “Get off My Cloud.” From there Night Slaves steer the track into a well-polished psych-rock groove complete with organ and synthesizer melodies that create an encompassing sound. Vocalist John Toohill cuts through with a command and ease to his vocal delivery. The lyrics tell a narrative about a return to an old form, as Toohill croons, “I’m back on the scene again.” A perfect track to open an album.
Night Slaves dig deeper into their bag of influences.

The third track, “Absolute,” deconstructs the word and forms an eight letter chant, “A-B-S-O-L-U-T-E, ” over an upbeat organ riff and driving drum beat. Once again, Toohill’s vocals are delivered with a warm urgency and an ability to make every syllable shine, which partners nicely with a distortion-style effect on the vocals that give off a delta-blues style where grit and graininess operated as a sonic staple.

For as much as Night Slaves can boogie and lay down a contagious dance beat, they harness the ability to crack into the listeners hearts. Track five, “Midnight,” begins with a pulsing drum intro, much like that of Led Zeppelin’s “When the Levees Break.” A haunting song, “MIdnight” swells with emotions as the narrator sings about being stuck in one of the worst ways. Choir bells ring, accenting perfectly the theme of reverence. The narrator becomes aware of his strife, and the only way out is through.

“Midnight” seems to be the tipping point of THREE AND A HALF. From there, Night Slaves turn up the dose of psychedelic rock. There’s more fuzzy dancing limbs, long jams, and trance chants. Think The Stooges’ “We Will Fall,” an epic of sonic waves repeatedly crashing. “Run,” the sixth song on the album, sets itself up with a driving drum beat and a looped vocal urging the command, “Let’s Run.” The dissonance on the vocals makes the listener feel the pressure of having to cut loose and run for your life.

The wonderful parade lead by Night Slaves wraps up in an amalgamation of their strengths with the album closer, ‘Bags’. It begins with a psych-rock groove played on synth as a beat made from low tuned drums fills every crevice. Toohill’s lyrics literally evoke the spirit of the song. “Dancing, dancing, dancing, with the dead,” a tongue-in-cheek lyric, fingers-crossed, about being surrounded by those who lack stimulation.

“Bags” breaks down into a keyboard driven soliloquy. Soundscapes from the synth add an ethereal feel as the track grows rather somber. In a blink and tilt of the head, Night Slaves rescue the track and bring it back around to the Brit Pop influenced melody and groove.
Night Slaves rub elbows with masters, as they employ similar styling of Tom Waits, Ezra Furman, and Hawkwind. The lyrics border on literature, and the themes of the songs have roots in folk and Americana. At their base, Night Slaves are real and unshakable. Pick up their new album THREE AND A HALF, and catch them live, whenever we are allowed to do that again.