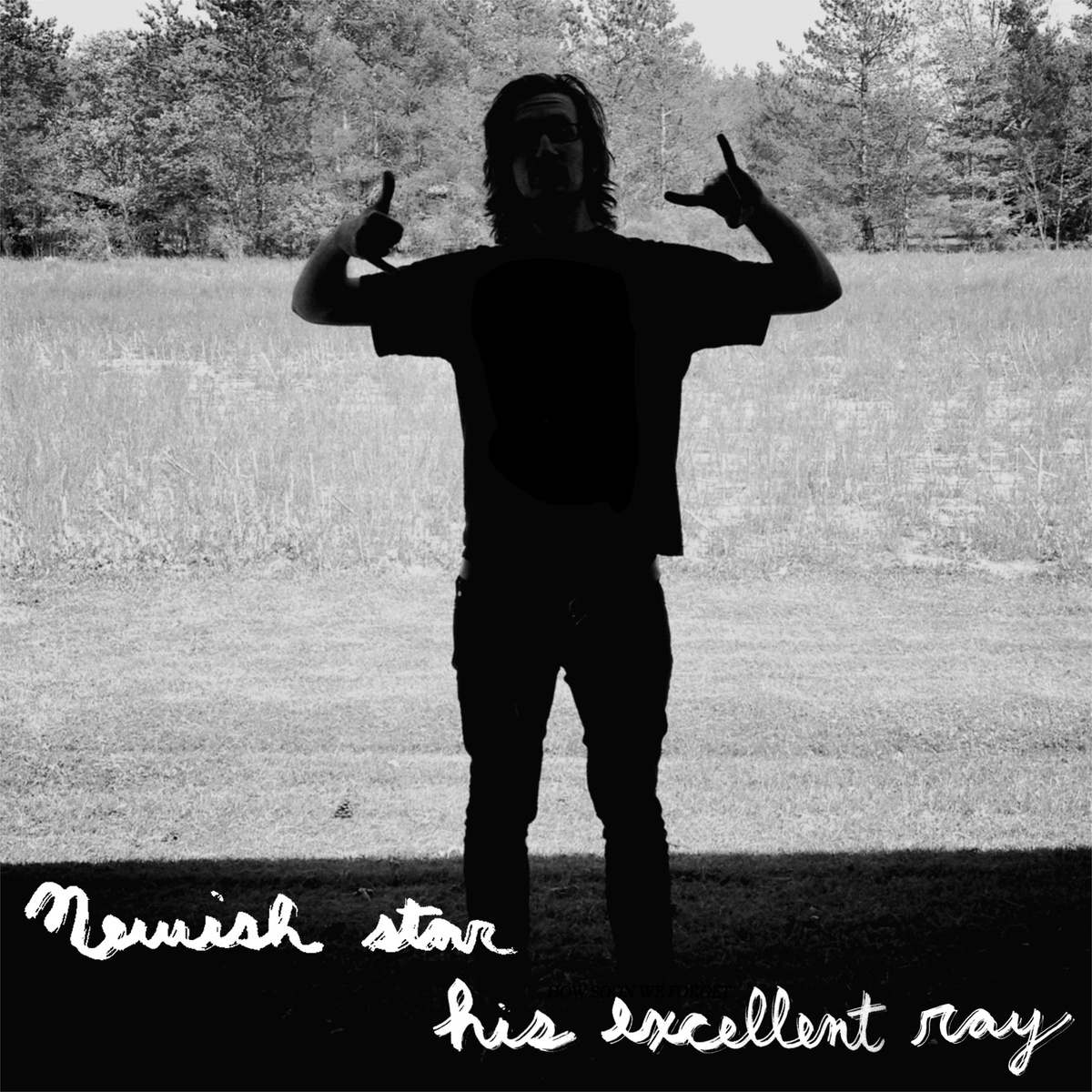 I was pleasantly surprised to receive an email from bandcamp the other day, noting that a band that I follow had a new release, and even more pleased when I saw that band was local indie/punk tinged act Newish Star. I don’t think I’ve ever talked to someone at buffaBLOG that wasn’t into NS, and that is for a good reason. Since its beginning, the trio has been able to produce some of the catchiest tracks that I have heard out of a local band, and with each release, the band has managed to show an extreme amount of progression. With that being said, it comes as no surprise that I love His Excellent Ray as well.

The band’s description for its latest EP is “six songs inspired by ‘Dr. Dude and His Excellent Ray.'” No big surprise here given the trio’s bumper fondness, but “Dr. Dude and his Excelent Ray” is a pinball game. Out of curiosity, I googled the machine and found it as a downloadable, playable ROM on my computer. I could not stop myself from breaking out in laughter as I shot the ball into one of the special ports, to be greeted by the chanting of “MY LIFE WAS DULL, MY LIFE WAS DRAB, UNTIL I ACQUIRED THE GIFT OF GAB! ALWAYS BE EXCELLENT!” by a nasal voiced character in the game. To me, little quirks like this is what makes Newish Star really stand out from other local acts. Following similar themes featured on the band’s previous releases, including the stellar How Soon We Forget,  His Excellent Ray also feature audio samples and vocals taken from the pinball game sprinkled throughout its tracks.

Musically, the EP features some of the band’s best material yet. Jordan Nitoli’s vocals and lyrics in general still seem to posses some sort of innocence, paired with a sense of growing maturity, a duality that I see very few bands sucessfully capitalize on. Instrumentally, drummer Josh Gruder still smashes his kit in a way that always keep my feet bouncing, and as usual, Eric “Biff” Bifaro delivers nothing but ripping bass lines. All of these elements combined paired with the band’s ability to write increible hooks and overall catchy tunes are what make Newish Star seem more than just another local band. The trio is able to produce some incredibly fun and bouncy tracks, perfectly inerweaving them with slower numbers to pull together a release with the perfect amount of variety.

The twangy, slow burning reworked version of “Mixmaster,” first featured on the band’s debut tape, The First Four Months, and the insanely catchy “Magnetic Personality” are two of my favorite tracks that have come out of the Buffalo music scene this year, and naturally, two of Ray‘s best moments. At this point, His Excellent Ray is by far the best local release I have heard yet this year. With two great “tapes” (His Excellent Ray is, as of now, not available physically) already under its belt in 2015, Newish Star, powered by nothing but pinball and hearts of rock n’ roll, has shown no signs of slowing down.