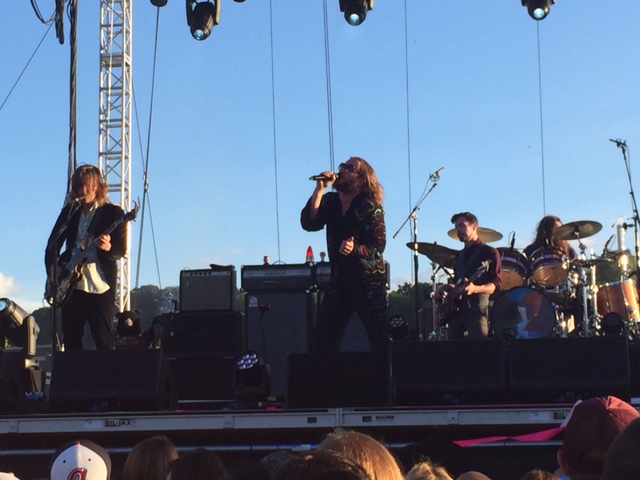 Last night, thousands flocked to Artpark in Lewiston for the highly anticipated WNY return of My Morning Jacket. The band went on at 7:30pm and played 21 songs straight through for a noble two hours. They kicked off with a more ambient selection that throughout the night would lead into more exciting and upbeat songs for the end.

I spent a lot of time throughout the show in an attempt to categorize their music. Having read so much about the band’s genre(s), ranging from “southern rock” to “jam” to “indie rock”, none of those choices seemed to quite add up. First and foremost, regardless of where this band is from (Kentucky to be exact), they do not fall into what I would consider “southern rock.” Even more so though, certainly not a “jam” band. Although MMJ does jam on some of their songs, they seem to have no desire to experiment. 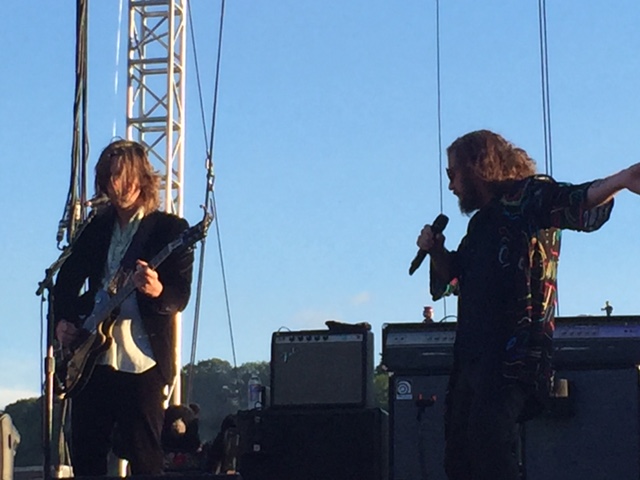 To push this point further, MMJ was one of the most comfortable bands I have ever seen perform. Tight and flawless for sure, but lacking any drive for “more.” If they are happy where they are, then good for them. They have certainly achieved their dreams. For me, this was the one element I was really missing.  For what I would consider “indie rock” stretched out, MMJ definitely draws influence ranging from U2 to the Flaming Lips.

The first half of the show the band blazed through their songs pretty quickly.  The middle of their set brought out the most impressive selections. “Where to Begin” into “Victory Dance” were definitely the strongest pieces of the night.

One of the highlights of my night was stopping to talk to one of the hired security members. He said that this had been his favorite show of the year so far: good music and a very easy going audience, few problems, and “a few people who took some bad shit.”  We discussed everything from previous shows to my first ever show at Artpark years ago at which he stomped out my joint. We laughed and then discussed the imperative of marijuana legalization. It was a dynamic conversation.  Why do I bring this up? Because this should reflect the overall nature of the show, and it absolutely did:  good vibes and smiles all around.

My review is as follows. My Morning Jacket is a talented band, with a niche audience, that rarely, if ever disappoints. They stretch out their music yet with minimal improvisation that for many takes them a step up.  For me, the lack improvisation was not enough to qualify them as a band that “jams” if you will. They focus on quality over innovation. I have no doubt that the level of musicianship is very high across the board, but there were times throughout the show that Jim James felt like a poet performing his work, over the musician so many have hailed him to be.  Finally, their songwriting is good, not great. 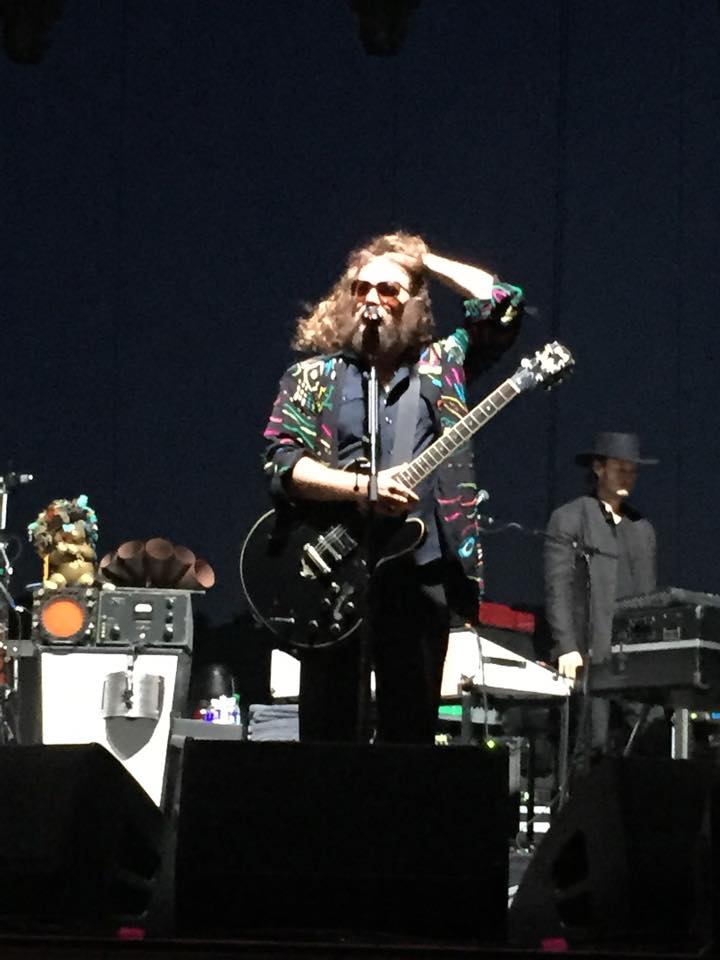 With all of this taken into consideration, if I would have listened to the show over a webcast, I would have given the band a solid C+ as they were above average, but nothing mind blowing. But there are a few things to consider because yes, I was there and there is a lot more to a show then the members on stage,. There is always the 12th man effect. The vibes were strong, very strong. There was absolutely no bullshit that I encountered at all throughout the night.  Everyone gave the band the respect they deserve and were engaged from start to finish, and to the band’s credit, when they could have come out and played one song for an encore and got off stage a little early, they played four songs instead, making their encore almost a mini second set.

So because of this I will give the concert a B, with a little note up in the top corner in red ink saying that next time I hope they push it a little more and try harder, paired with an inspirational “because I know you are capable of it!”