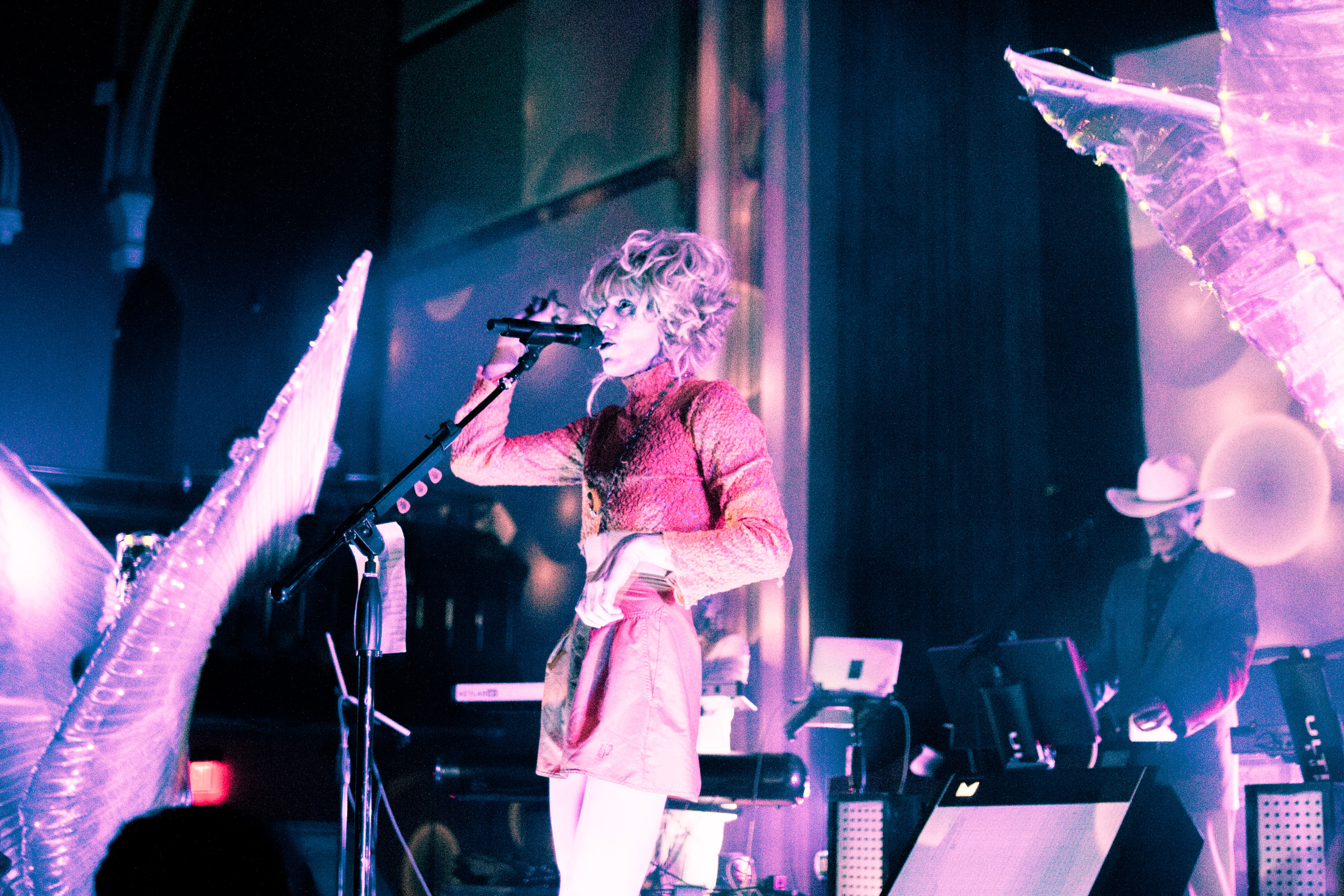 The semiannual of Montreal art rock freakout rolled through Asbury Hall at Babeville Wednesday night with Christina Scheider’s Jepeto Solutions, and the results were customarily intense and deeply satisfying. Jepeto Solutions were instantly effective, with a continental psychedelic sound that recalled the soundtracks to Michelangelo Antonioni and Barbet Schroder films. Christina Schneider’s dreamy vocals kept everything in a hazy focus while she and her band bathed the crowd in shimmering guitars and kept us guessing through whimsical, swinging timing changes that conjured pleasing sensations of detached freedom and innocence, ideal sensations before a set from of Montreal.

of Montreal devotees know that their shows are happenings in the truest sense, and the current show came at the audience hard with a teasing set that largely explored the band’s last three albums and visions of masculinity in 2017. Frontman/guru Kevin Barnes dazzled the crowd with a cross dressing series of tasteful ensembles while the stripped down band jammed out in cartoon good old boy get-ups and androgynous dancers acted out various passion plays, all of them living and breathing screens for the immersive projections that covered the wall behind the stage.

Finishing with a potent medley of “classic” of Montreal material including “Labrynthian Pomp,” “Id Engager” and “The Party’s Crashing Us,” Barnes and co. elevated the crowd to a dancing frenzy that was only topped by an insane “Heimdalsgate Like A Promethean Curse” that closed the show with a mighty climax, an overwhelming orgy of tripped out projected images, heroic crowd surfing avatars, and that crowd deliriously dancing and singing “come on chemicals!” in a joyful frenzy. This, the non denominational pagan ritual of expression and freedom that is of Montreal in live performance, was what we needed (now more than usual), and of Montreal gave it all to us.

Check out some photos and video from the show below. 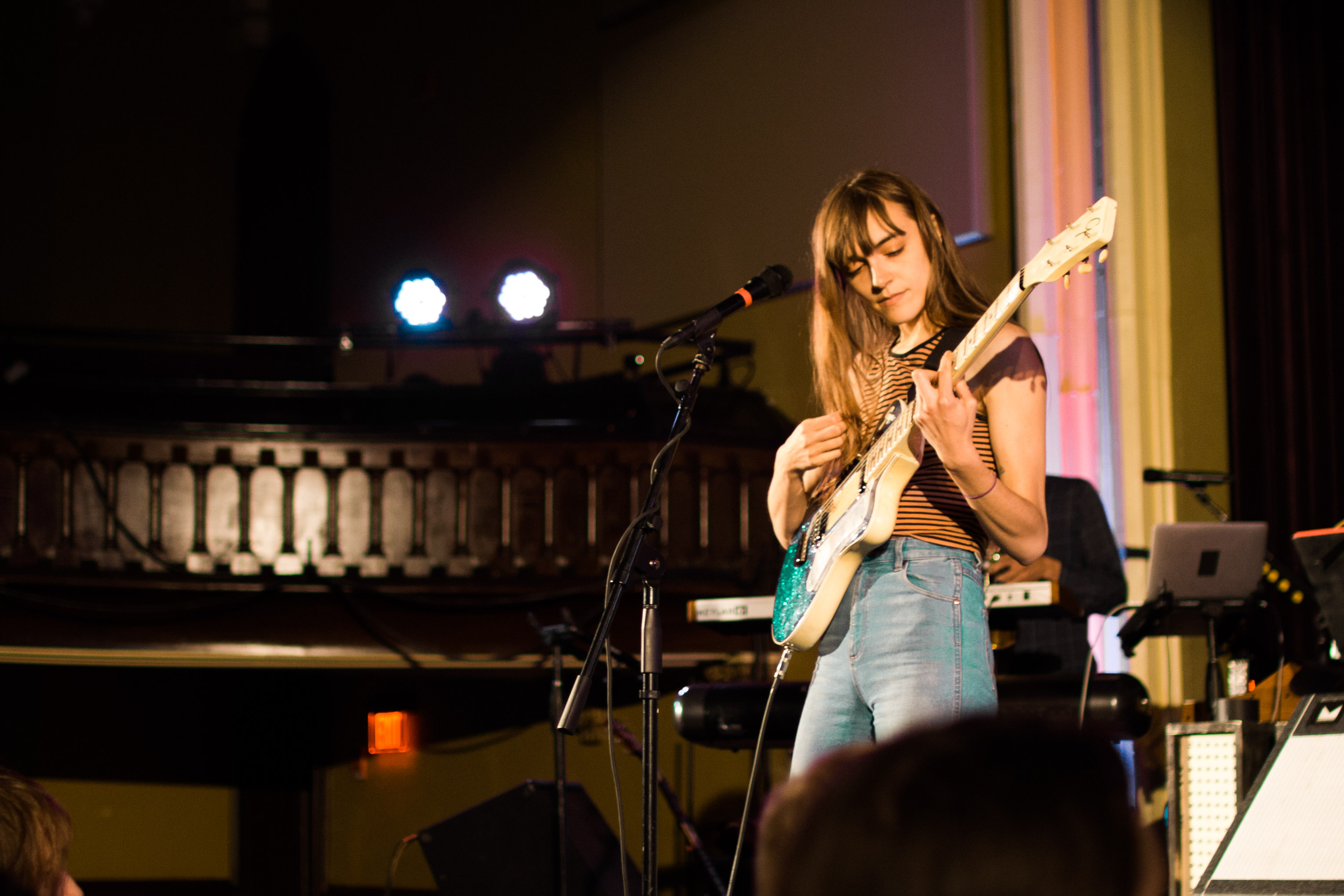 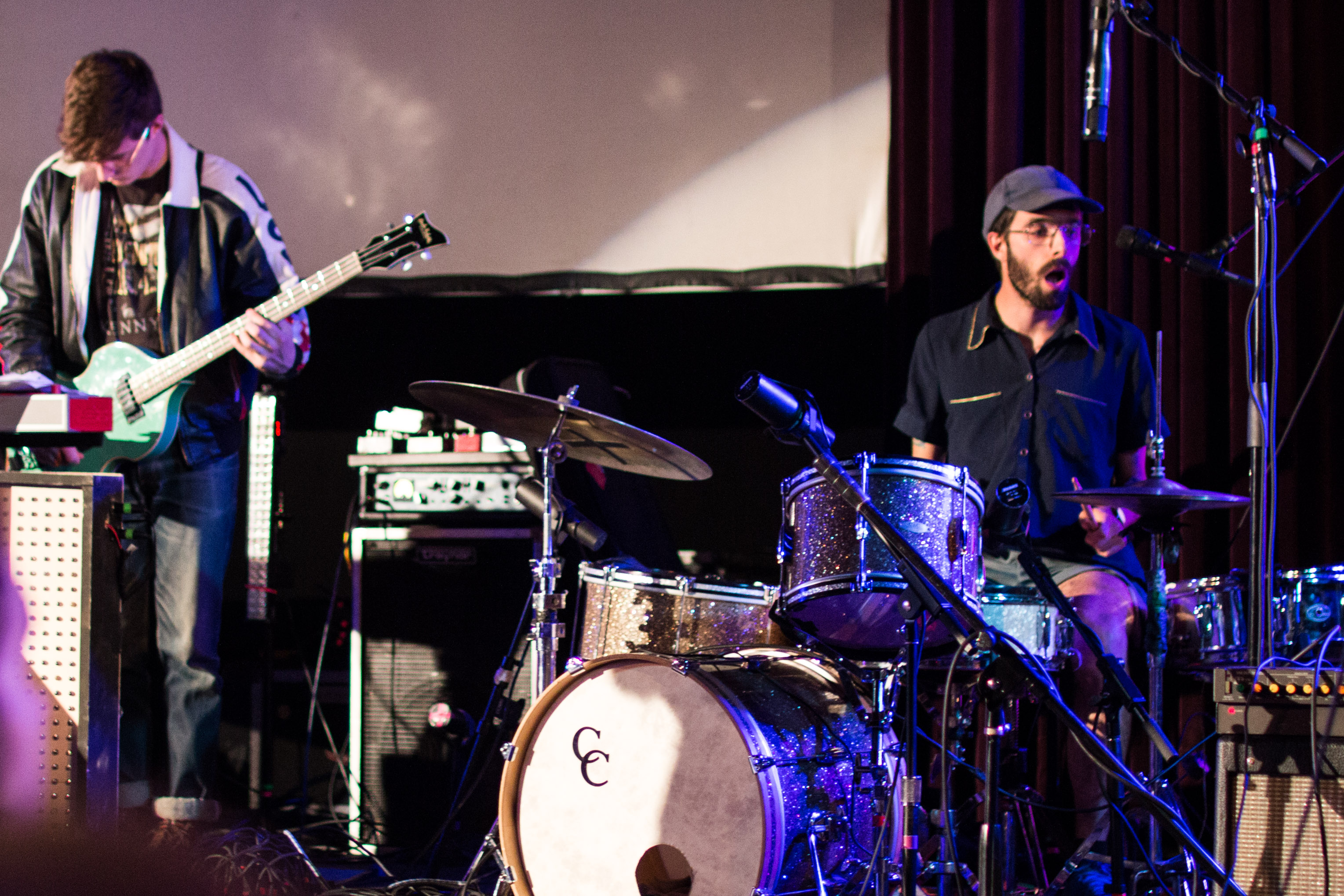 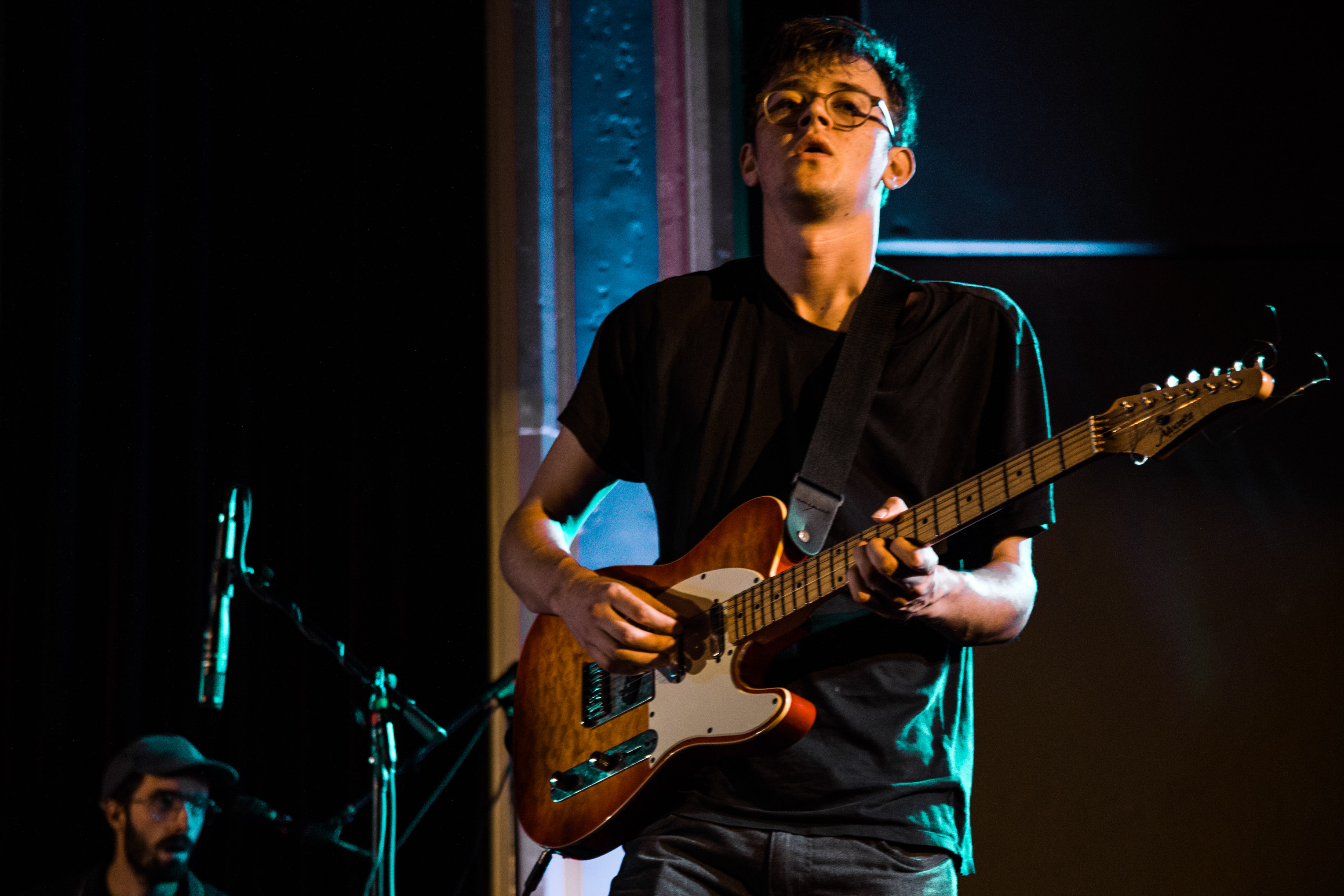 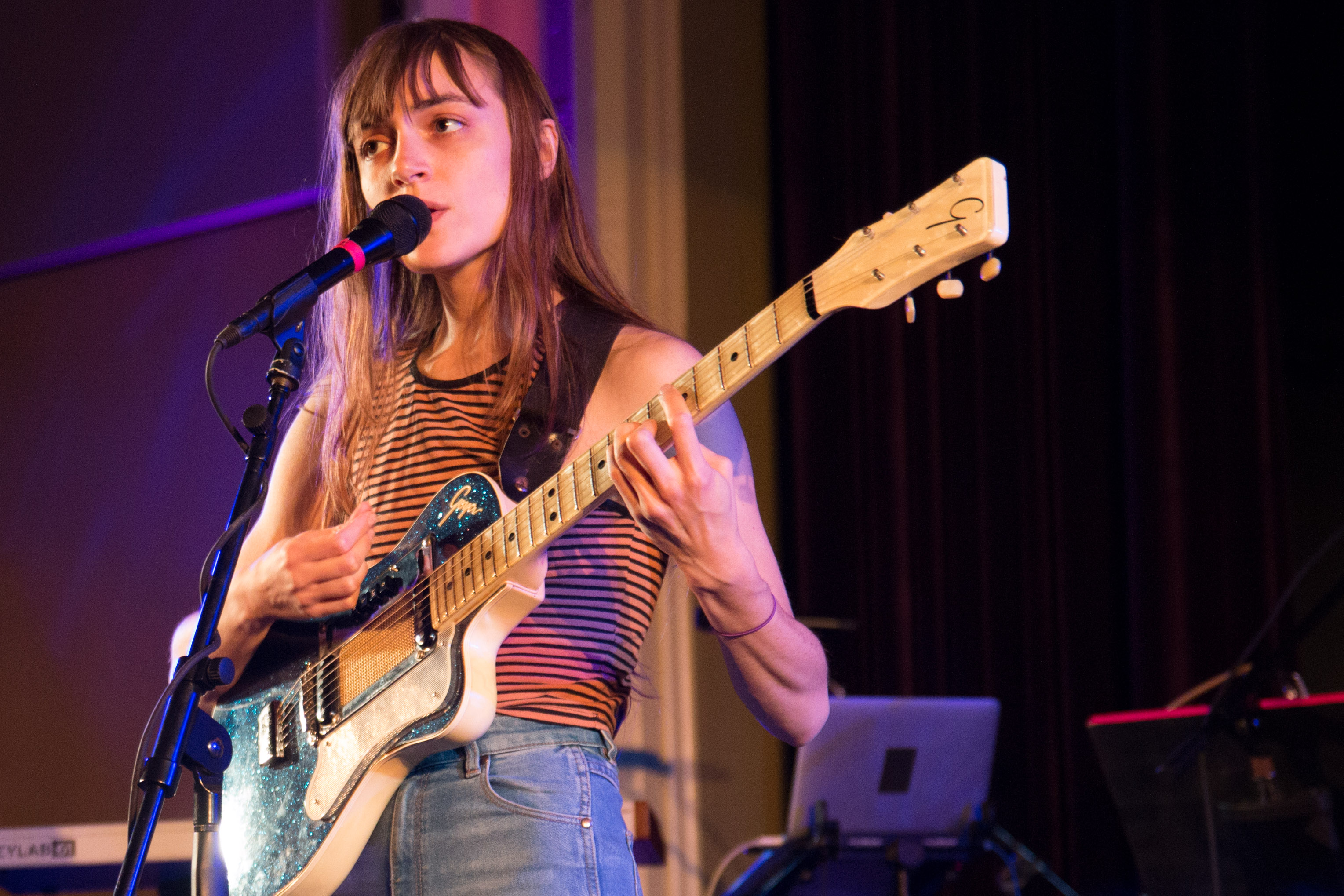 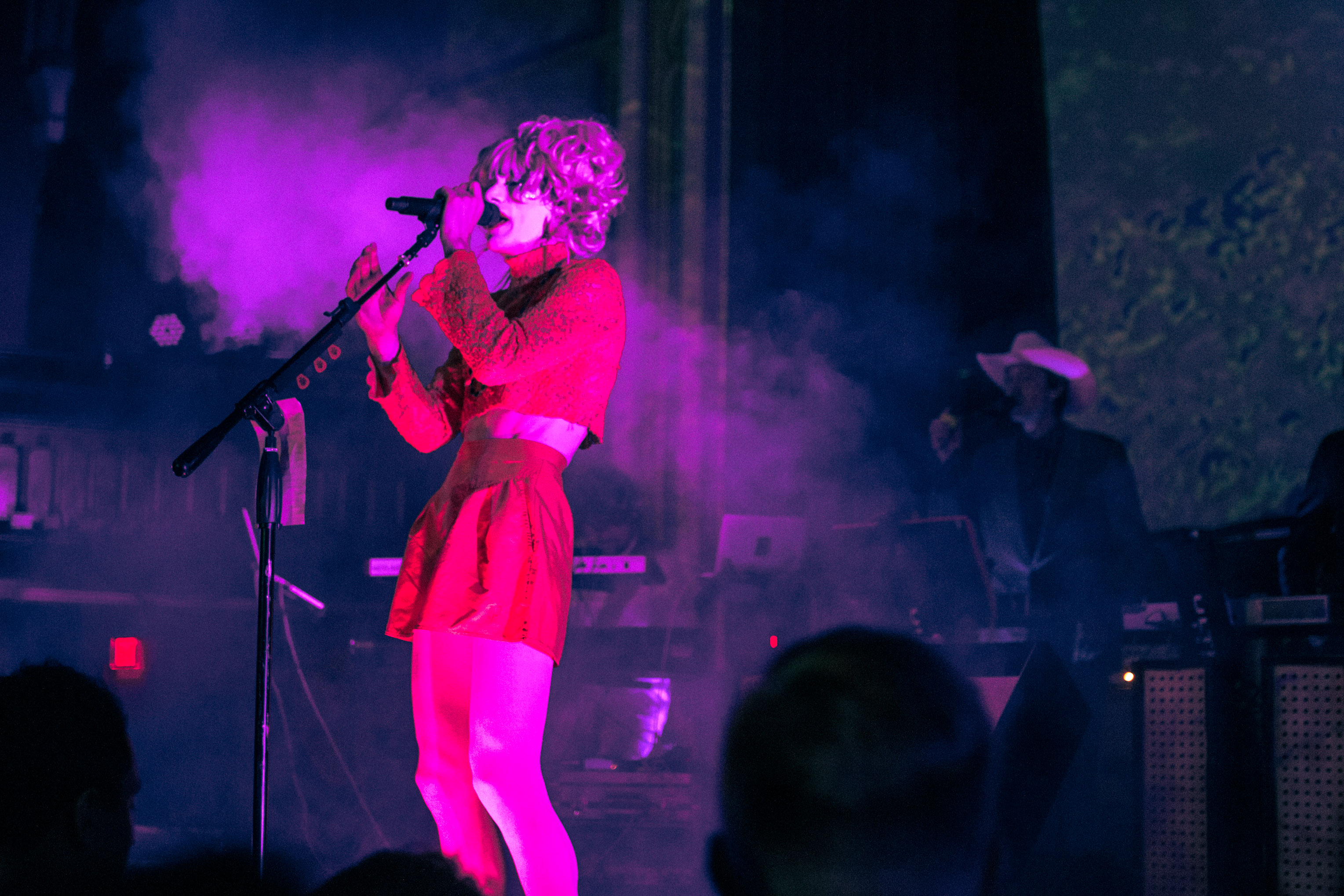 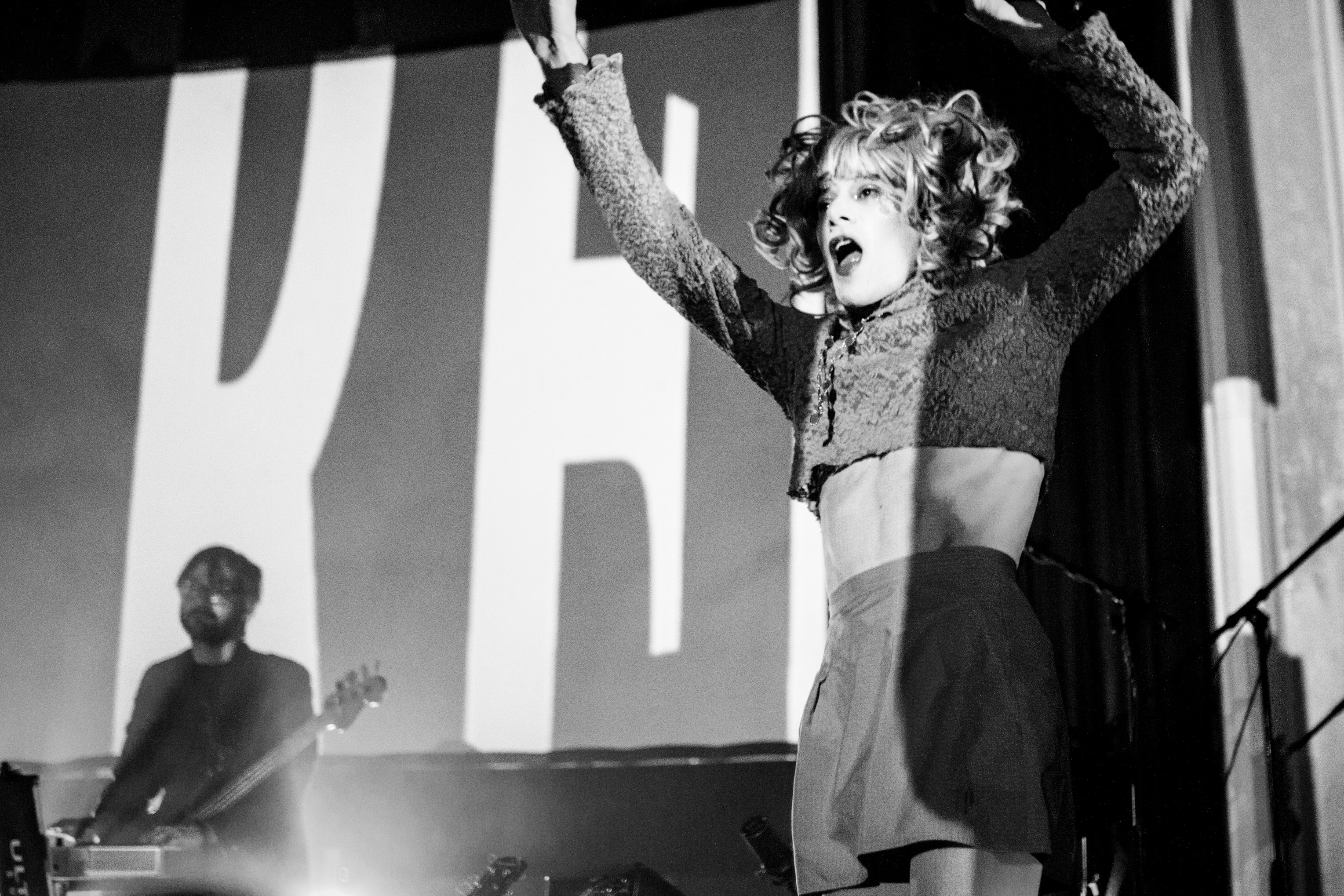 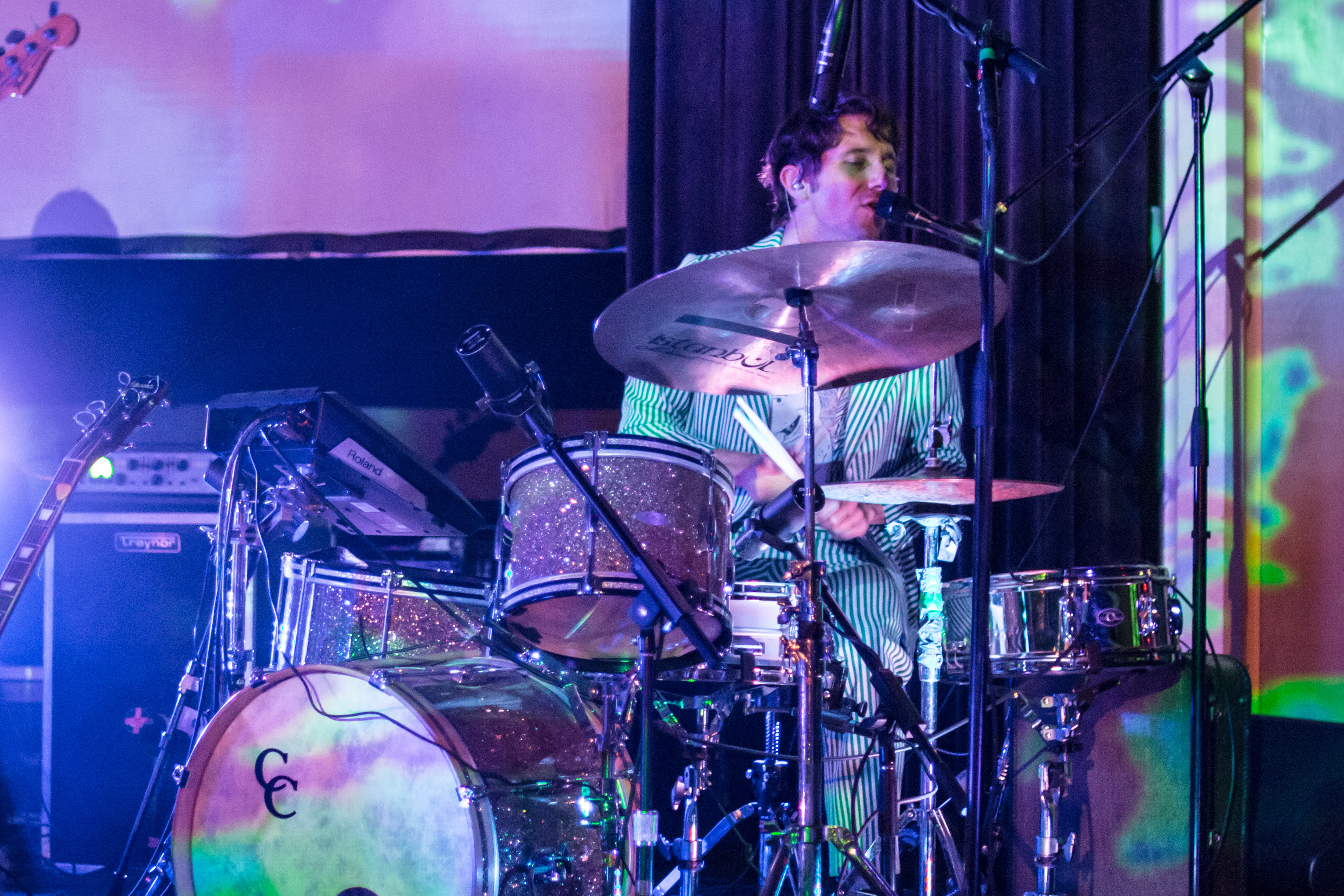 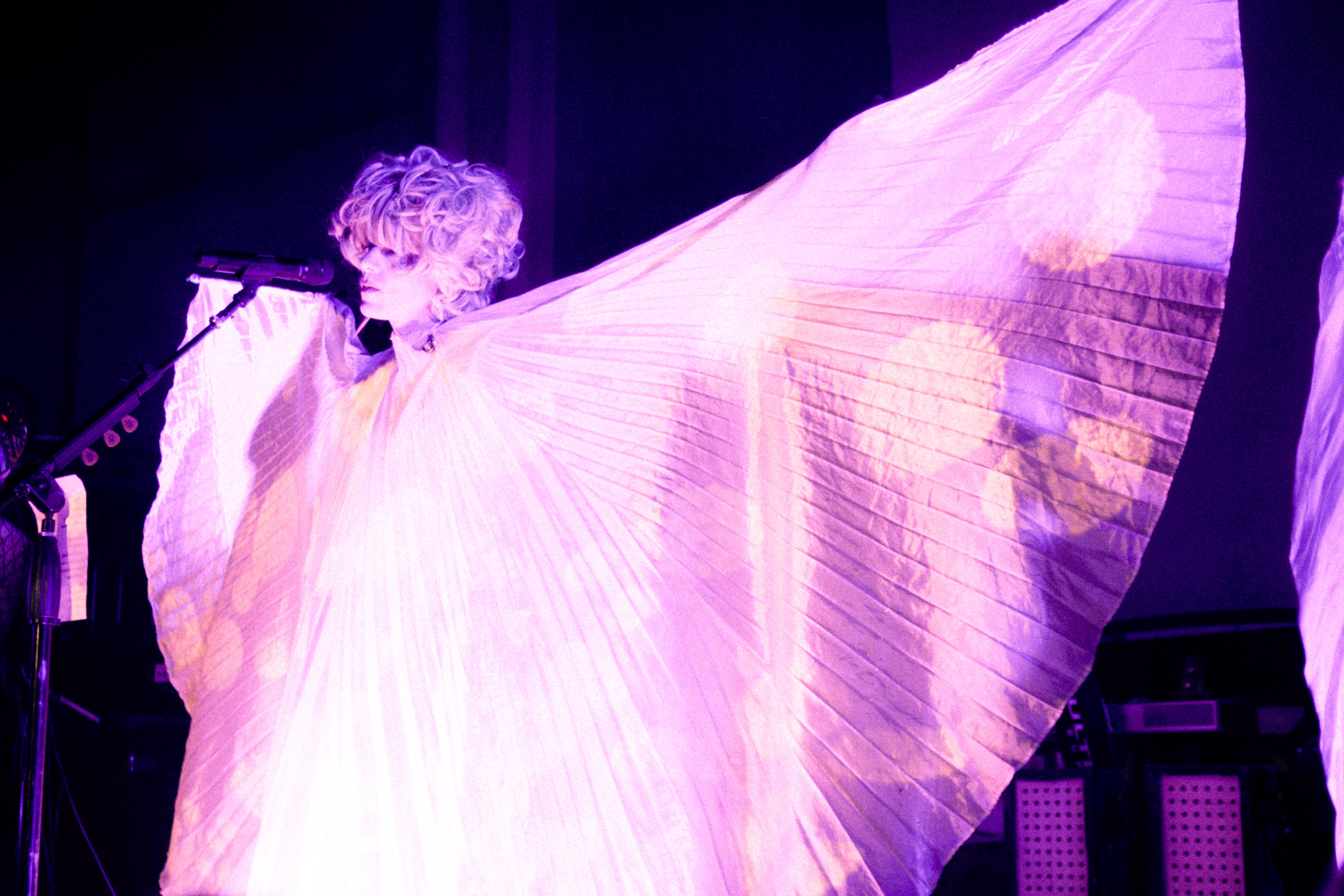 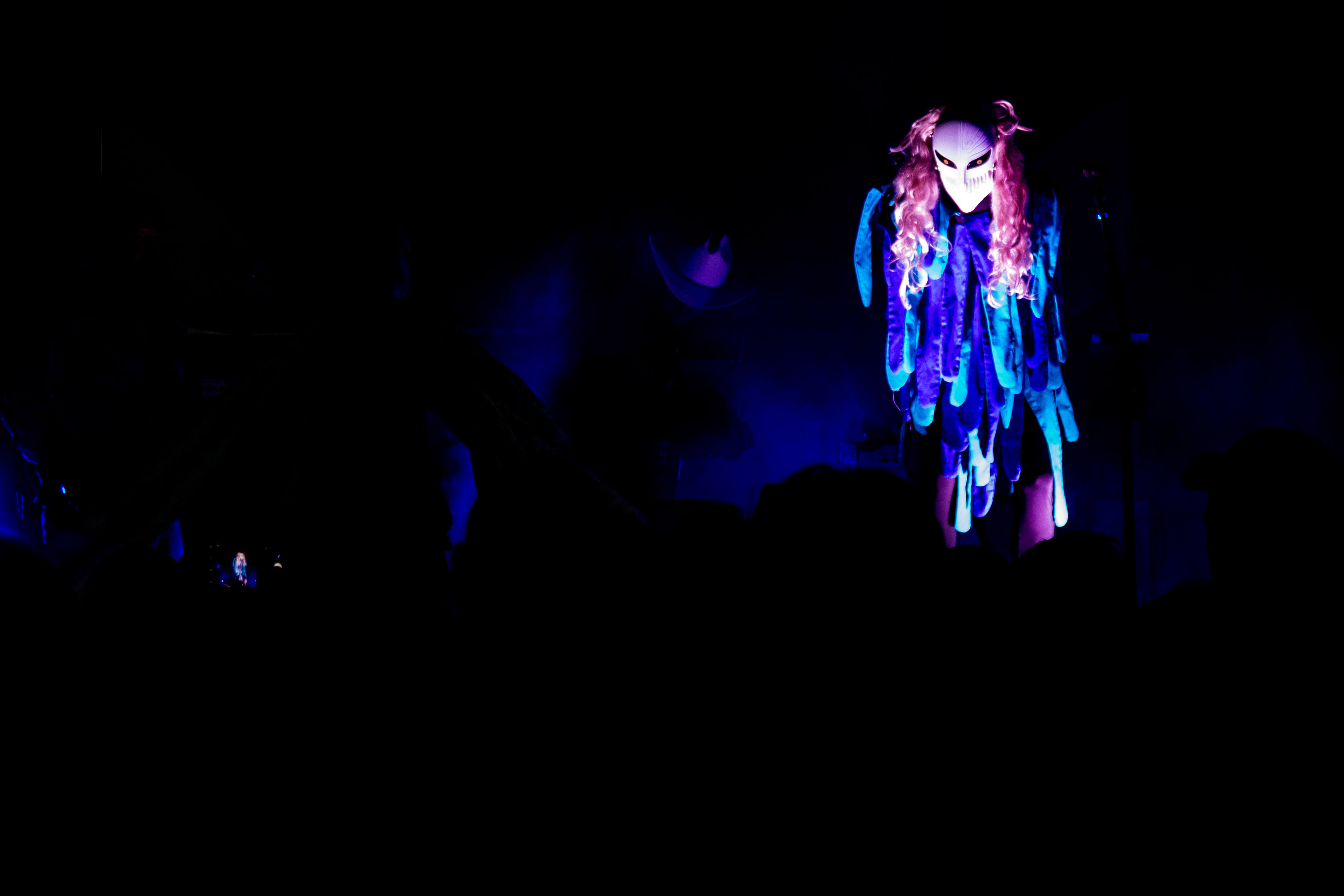 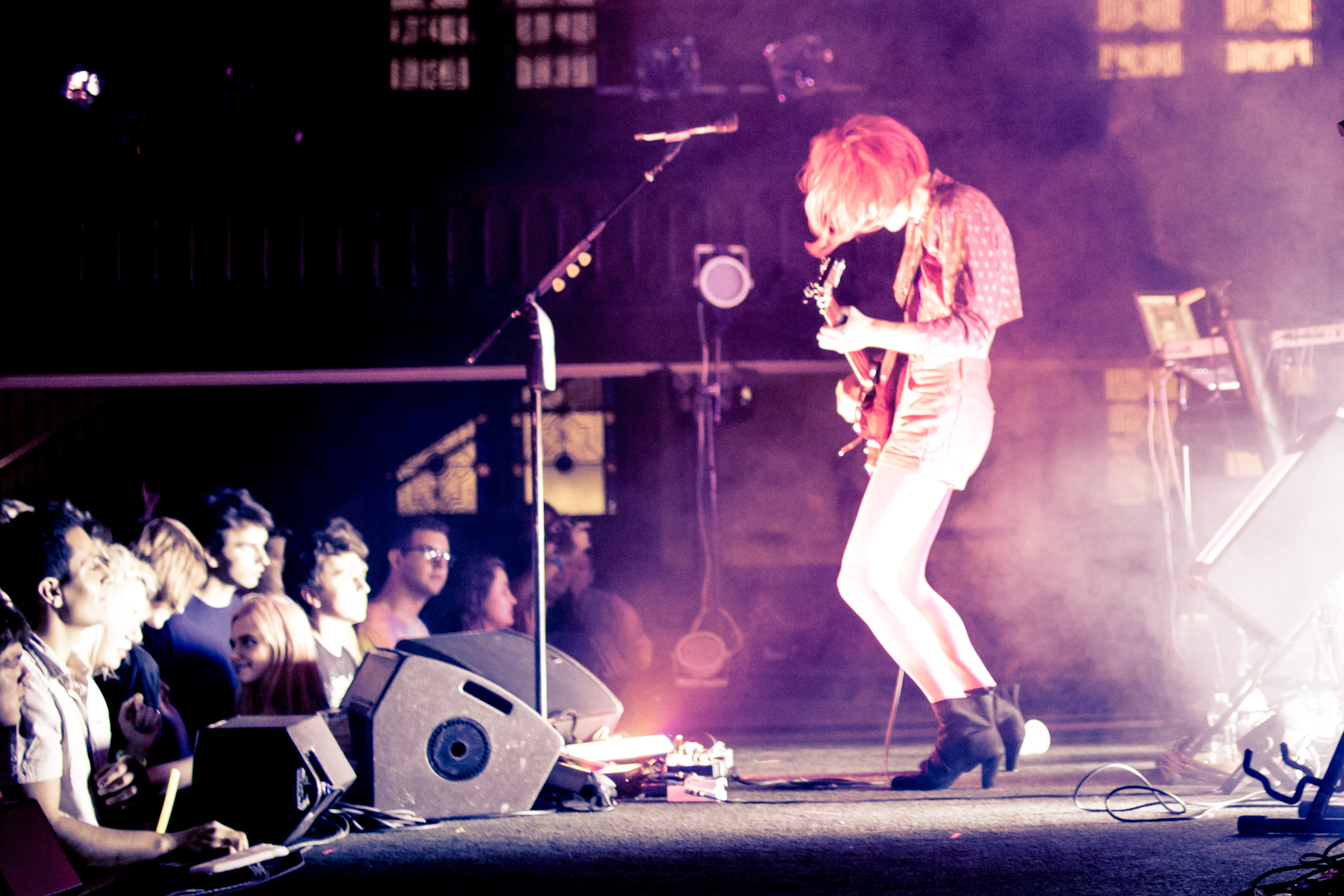 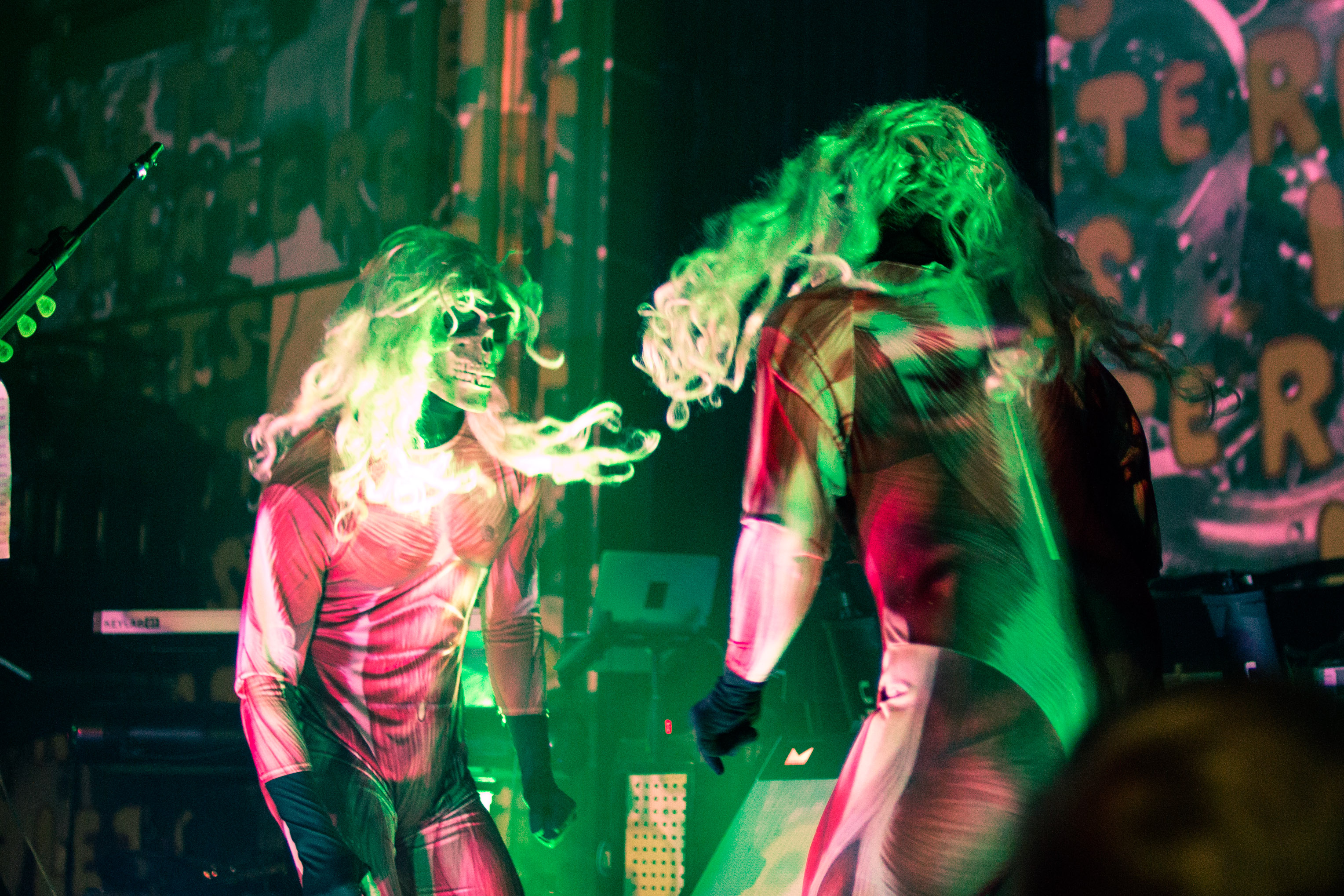 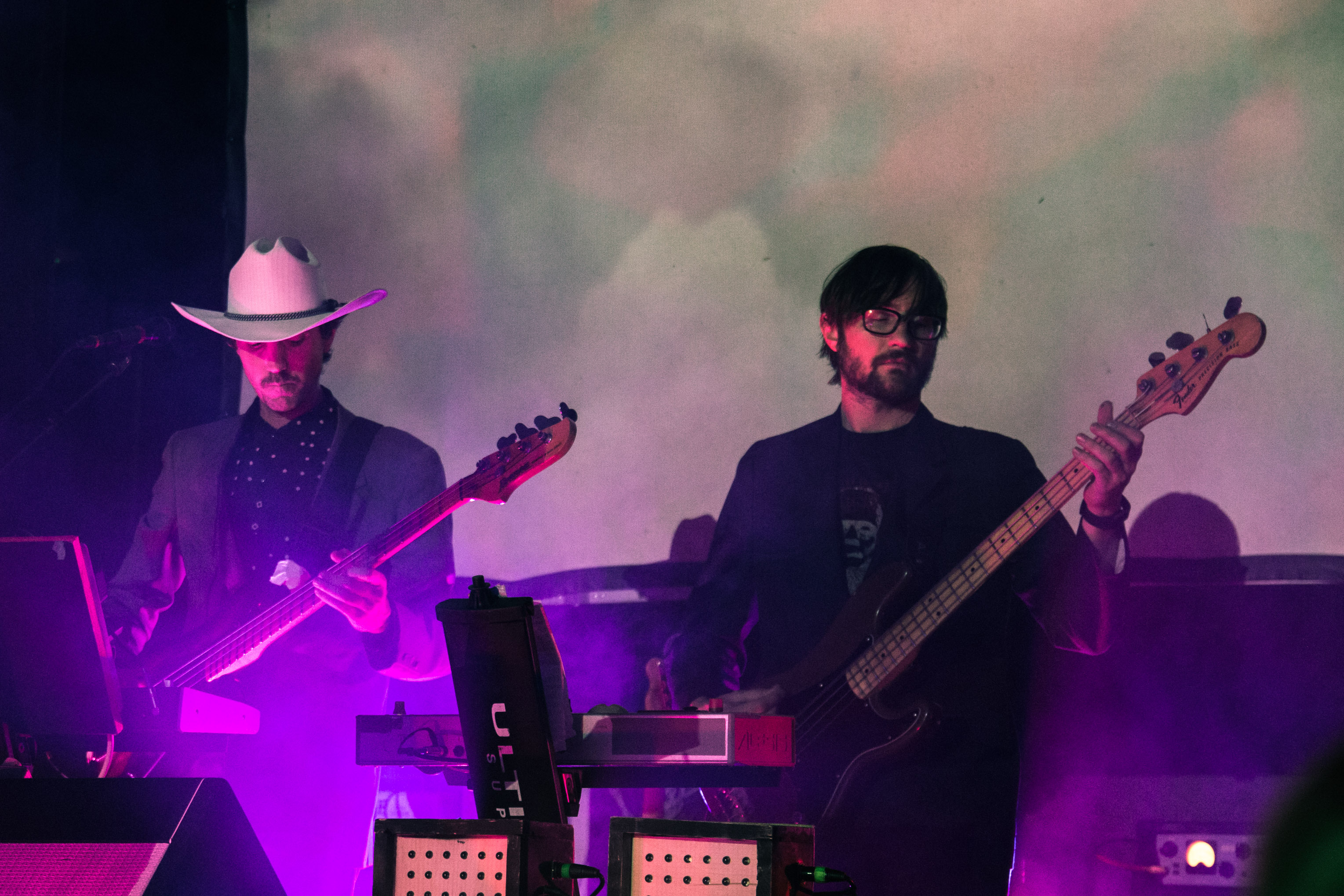 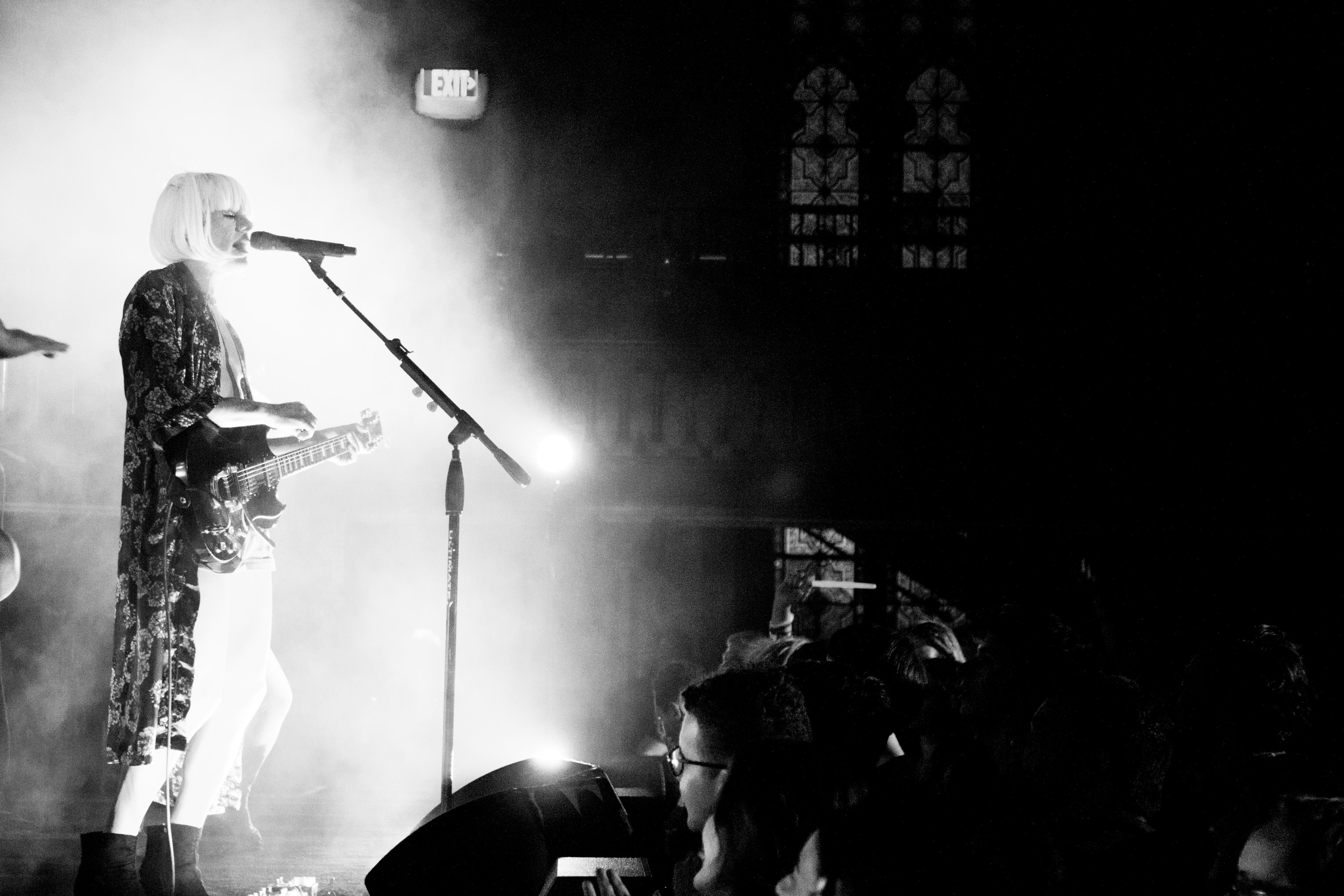 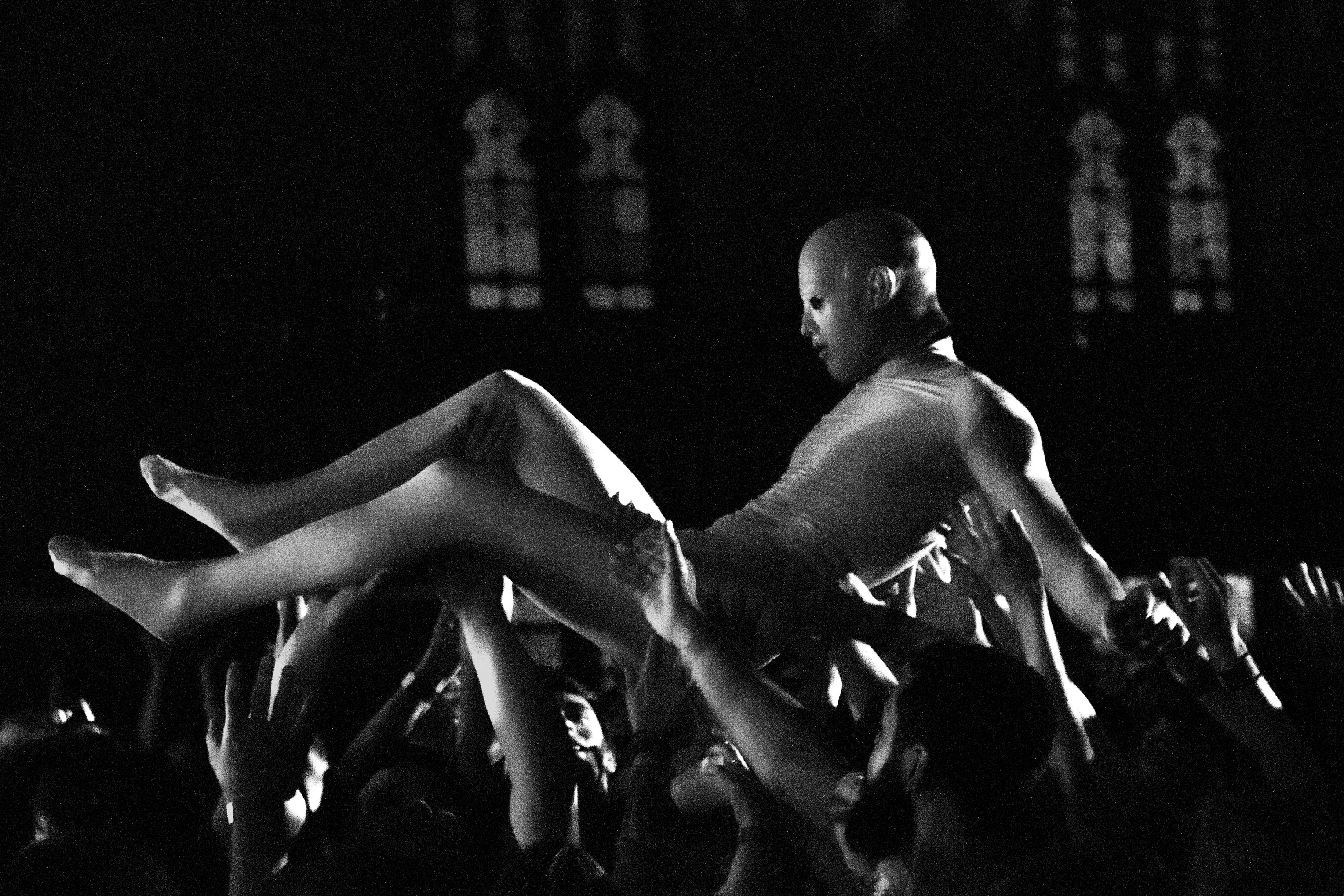