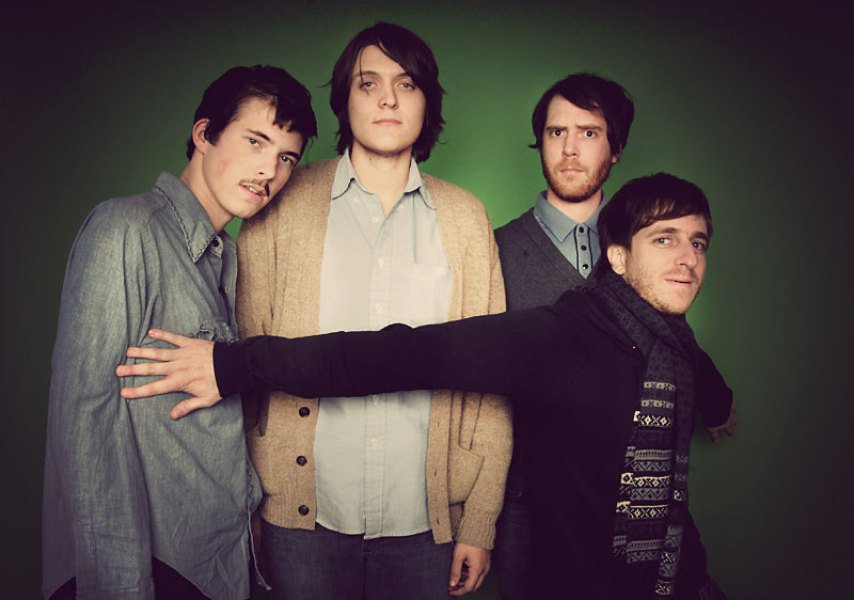 The guys of Miniature Tigers just can’t sit still. Originally from Phoenix, Charlie Brand, the lead singer of the indie-pop outfit, has called home to a number of places- including Los Angeles, Brooklyn, and Austin. Safe to say that the band’s musical style changes roughly as much as their home base, and that’s not a bad thing. Their latest album, Cruel Runnings – a confident summer record stuffed with solid synthpop songs that WILL get stuck in your head— paints an entirely different picture than that of their 2008 debut Tell It To The Volcano, but no matter how drastic the stylistic departure may be from album to album, Miniature Tigers always seem to wind up with songs worth grooving to.

buffaBLOG was able to get a few questions in just before the band left for an extensive full US tour with The Griswolds. Brand discusses recording in the tropics, going green on tour, and honing in on the Tigers’ current sound.

buffaBLOG: Your new album Cruel Runnings was recorded in Jamaica with Chris Zane. How was that overall experience?

Charlie Brand: It was incredible. We would wake up every day, go swimming in the ocean, and then record into the night. It created a relaxed environment I think translated into the music.

bB: Paste Magazine describes Cruel Runnings as your “most cohesive album in terms of instrumentation”. What were you aiming for this time around?

CB: We wanted something cohesive and for the music to tell a story. We wanted it to feel modern and urgent.

bB: What have you been into musically lately? Are there any bands on your radar?

CB: I’ve been really digging this Paul Simon record Rhythm of The Saints, which was the follow up to Graceland. The new Death Grips blew me away but I haven’t had a chance to really sit with it.

bB: You guys have toured with Ben Folds, Fun, and you’re now about to hit the road with The Griswolds- how do you like the touring life? Any interesting stories of tours past?

CB: We love touring. We’ve gotten very comfortable with the process. Last tour, I got very ill before a sold out hometown show which turned out to be a disaster. We closed out the tour in Colorado. Due to the legalization of marijuana and us being too eager, that show was also somewhat of a disaster in its own way.

bB: I really dug your video for “Swimming Pool Blues.” Shooting it must have been a blast.

CB: I don’t feel super comfortable in front of a camera. It’s hard for me to feel natural. The director was very easy to work with and made it fun.

bB: How does the music scene in Brooklyn compare to the scene of your hometown in Phoenix?

CB: I’ve never experienced a music scene. Heard about them but I have no reality on this at all. I live in Austin now and still no clue. We have friendships with bands but they are spread all over the country. Maybe that’s our scene.

bB: How would you describe the evolution of your sound since Tell It to the Volcano?  Has anything in particular influenced the change?

CB: Starting out, I don’t think we knew what we were doing, which isn’t a bad thing. We’ve had to try a lot of different approaches to find what’s right for us. This is the first album where I feel like we found something we set out to find. Having said that, I still have no fucking clue what I’m doing.

Miniature Tigers will play Buffalo’s Waiting Room on July 14th with The Griswolds and local favorite Bryan Johnson & Family. Be there or be somewhere else not nearly as fun.