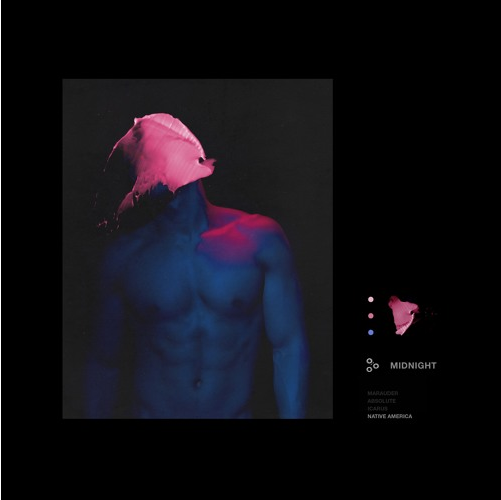 Rochester singer midnight returns his electric-soul sound to us by way of his new single “Native America.” In his controlled falsetto, midnight gently navigates through the bounding synths and kicks of the beat. “Native America” is driven upon the sin and dishonesty that resulted in the foundation of our country. The title and track reference both the atrocities committed against the indigenous people of the Americas, and how how the normalcy of violence and stubbornness is engrained in our being. “We’re in Native America,” midnight sings “where the lies are infamous, but the truth, it lives in us.” It is charged and sharp while remaining beautiful and delicate.

The track features production from the Internet, well-known for rising up with the hip hop collective Odd Future and receiving acclaim for their 2015 album Ego Death .“Native America” comes ahead of the midnight’s July 1st release of his EP 0:00. midnight describes the project as “a ride thru the night in full gradient.” Its cover art would make D’Angelo proud.

Give “Native America” a listen below.