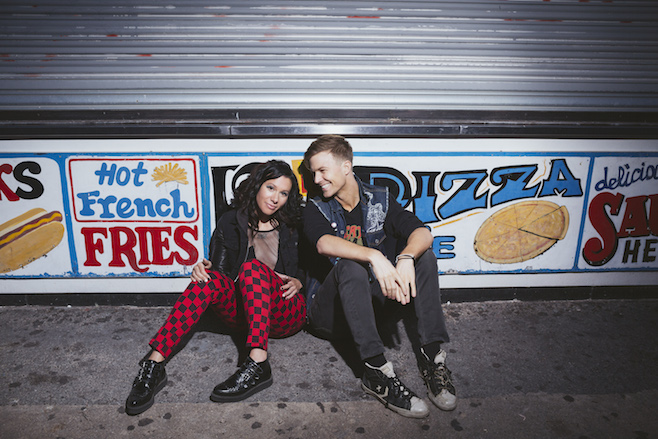 It’s that time of year again. As the weather gets warmer and the days grow longer, the Thursday at Canalside series has returned, and kicking off the year is none other than Matt & Kim.

While the Brooklyn act might not find its names on any year-end lists, few would argue with the pair’s incredible live shows. Bringing to the stage a catalog of shimmering catchy pop gems and raucuous energy, the duo has become a staple of summer music festivals and concert series. Even those who aren’t fans of the band’s catalog will be able to enjoy Matt & Kim’s series of enthusiastic covers and general sense of fun that few live acts these days can match. The band has played Buffalo more than a few times with the crowd growing on each successive visit, so expect to get down there early tonight (gates open at 5pm).

And if that’s not enough incentive to get down early, there’s the chance to catch one of Buffalo’s most buzzed about trios as Made Violent take the stage beforehand. With the beautiful weather, perfect venue, and two thrilling live acts, this free show should be nothing less than the perfect kick-off to the Buffalo summer concert series.