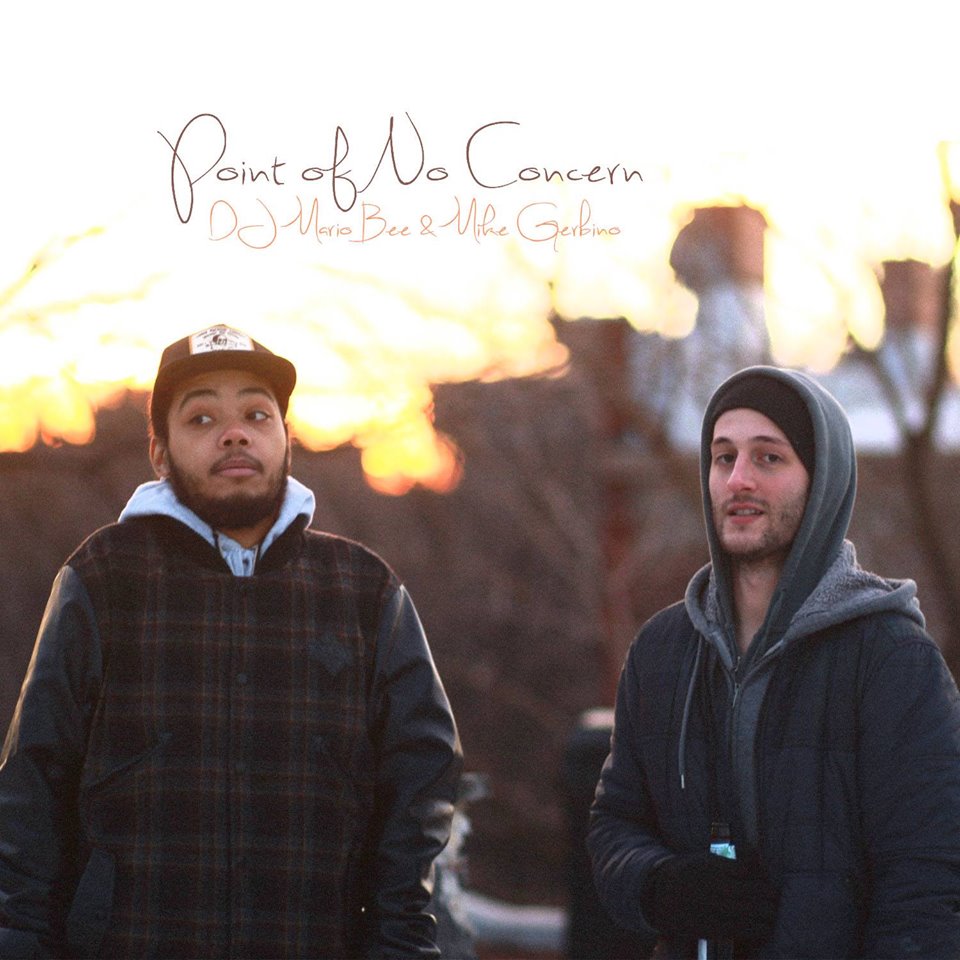 Two former Rochester-based artists, DJ Mario Bee and rapper Mike Gerbino, are set to release their debut collaborative EP, Point of No Concern on April 20th. Featuring an assortment of hip-hop, electronic, and grime beats, the five-track record abrasively touches on subjects like the middle-east, prostitution, global warming, and Facebook.

Well known for his work on HBO’s Brave New Voices poetry special, Gerbino is an accomplished spoken work artist in addition to his hip hop endeavors, while Mario Bee began his career DJing and producing in both Rochester and Buffalo before moving to New York City where he now gigs frequently throughout the city and the East Coast. The pair are also having a release party for the EP this Saturday at Leftfield Bar in New York if you find yourself in the area

Check out the project’s first single, “Eliot Spizter,” below.