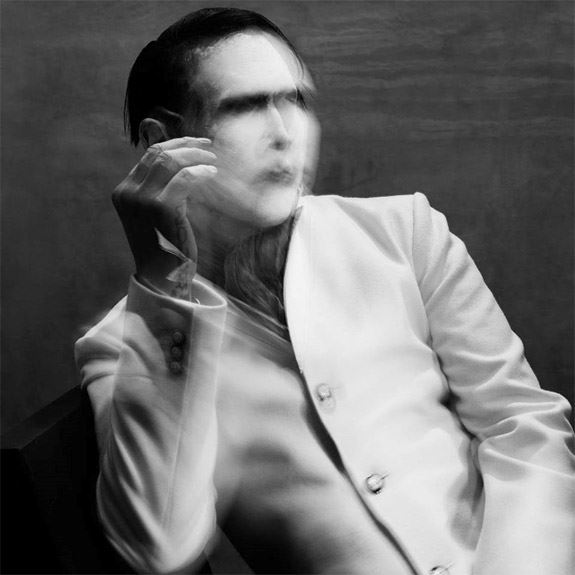 The Pale Emperor sure is shaping up to be the Marilyn Manson reinvention we didn’t know we needed.

Facing a slate of lackluster records and diminishing stature in the mainstream media, Manson made a number of bold decisions leading into the recording of Emperor, his ninth studio effort. He parted ways with his longtime bassist-guitarist Twiggy Ramirez, choosing instead to record with Tyler Bates, an accomplished film-and video game-composer in his own right, having scored dozens of high-profile horror and action flicks. Perhaps more significantly, he largely abandoned whatever remained of his shock shtick, and stripped down his high intensity brand of industrial metal to a grinding, bluesy stomp.

The LP opens with “Killing Strangers” – a knuckle-dragging death march over which Manson moans like a self-assured serial killer, sounding almost regretful as he proclaims, “You better run / cause we’ve got guns.” It could be a kiss-off to the right-wing nut-jobs who disgustingly blamed him for the Columbine tragedy, or it could simply be the best-produced serial killer anthem this side of Slim Shady. Either way, it’s the perfect introduction for the man who needn’t any.

Later on the record, Manson showcases a sardonic humor and appreciation for highbrow concepts (usually folklore and mythology) that we’ve never seen before. “You wanna know what Zeus said to Narcissus? You better watch yourself,” he groans on the gothy dance-club banger “Deep Six.” In the pummeling “Slave Only Dreams to Be King,” Manson rips at religion and capitalism with a sense of subtlety and wit we’ve never before seen from the self-proclaimed “God of Fuck.”

This is a Marilyn Manson who keeps his words few and his points butcher knife-sharp – a perfect match for the record’s unhurried, blues-influenced industrial wallop. “The Mephistopheles Of Los Angeles” grinds along with dirgy guitars and pounding drum machine, gradually building to what’s easily the biggest and best chorus of the record, if not Manson’s career. And on the surprising lead single, “Third Day of a Seven Day Binge,” Manson and Bates unleash a slow-burning fury of electric blues and gloom rock, churning out what might be the most gut-wrenchingly sad song of Manson’s catalogue – a song that hurts more than it disturbs.

From start to finish, Manson sounds inspired and reinvigorated on Emperor. He’s no longer the industrial-metal boogie man who terrorized Christian parents and ring-wing politicians in the 90s; this Manson is an elder statesman of transgressive art, commanding each track with glam-rock bombast and pushing our buttons with almost shocking brevity and grace.

This is an artist who, in his own words, lets the music speak for itself. And for perhaps the first time in a more than twenty year career, the music is undeniably the most interesting thing about Marilyn Manson.