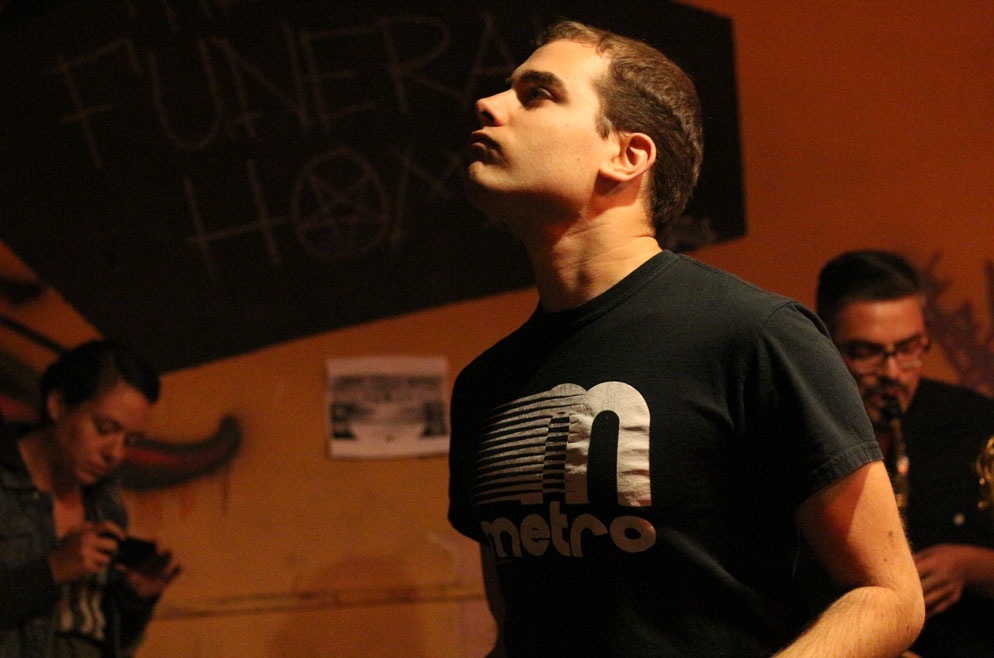 The only Buffalo band on the bill for this week’s roadtrip/showcase, Mallwalkers, may have to be airdropped into Rochester. Luckily blog editor, Mac McGuire, is a licensed pilot* and master of the skies.* That said, Mallwalkers will be rounding out this lineup by bringing their gritty brand of punk funk to Shelbyville…I mean Rochester.

Mallwalkers have spent the year since releasing their debut LP, Shake The Rust Off, continuing to refine their sound and dominating whatever bill you put them on. Recently the band added two new members, Jaz Frazier (buffaBLOG alumni) and Mario Fanone (one half of UVB76), making the band perhaps the closest thing Buffalo has to an all-star band (way better than the Travelling Willburys).

In addition to Saturday’s show at the Bug Jar (8pm, $7), the band has played and will be playing a few upcoming album release shows. I recently spoke with lead singer, Dan Carosa, who mentioned they have booked some studio time in January to record new music. Be sure to catch them Saturday for what promises to be an awesome performance. In the meantime, check out one of the best music videos to come out of Buffalo, directed by comedic mastermind, Pat Kewley.