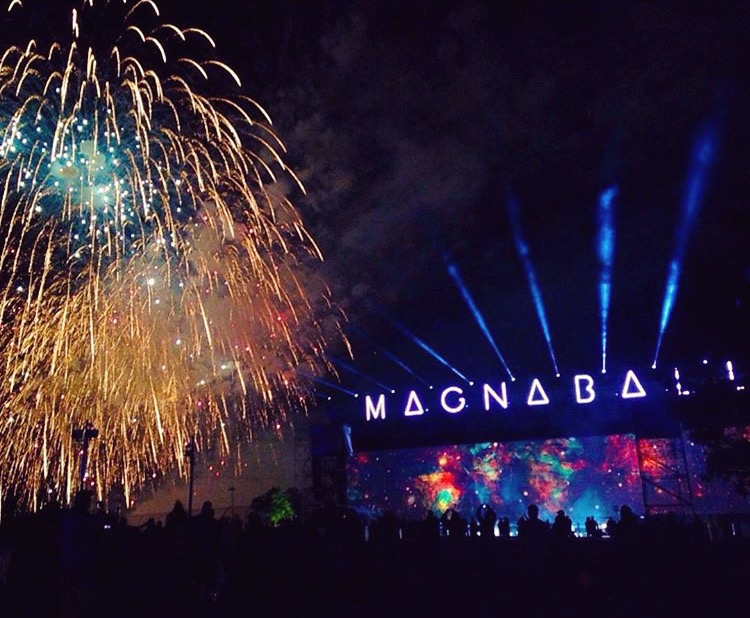 This past weekend 30,000+ hippies, every day folks, yuppies, bros, spunions, and festival junkies alike descended upon Watkins Glen International, a road course in Watkins Glen NY, for Phish’s 10th festival “Magnaball.” To call the weekend a success would suggest that everything went according to plan, and it certainly did; the weather was beautiful, everyone that I interacted with seemed to be having the time of their life, and most importantly, the band played seven nearly flawless sets, busting out songs from their catalog that no one would have expected, and even putting on an improvisational psychedelic “secret” set staged as a drive in movie on Saturday night. Unlike most festivals, the 10 Phish fests have only featured one band, that being Phish, and have had no other performances with the exception of an orchestra at a few.

Watkins Glen International has been the site of only three festivals since the pavement was first laid in 1956. The first and most spectacular “Summer Jam” held in 1973, featuring The Band, The Allman Brothers Band, and The Grateful Dead. The weekend attracted over 600,000 and although not as famous as Woodstock, it had a greater attendance. The second came in 2011 as Phish’s 9th, hailed as “Superball.”

Magnaball had the lowest attendance of all of these festivals despite it selling out. This came as a result of a cap placed by the health department, so needless to say, the festival could and would have been much bigger without this restriction. Despite the lower attendance, the crowd seemed to fit the space perfectly. For the most part, campers camped just outside of the track and in most cases were merely a stones throw away from the asphalt. The privileged few were able to camp in “Glen Close” for a higher fee, which was found inside the track, and the real yuppies brought their RVs which were also parked inside of the track. Not the traditional festival lifestyle to be sure, but I would be lying if I said they didn’t make us a bit jealous. 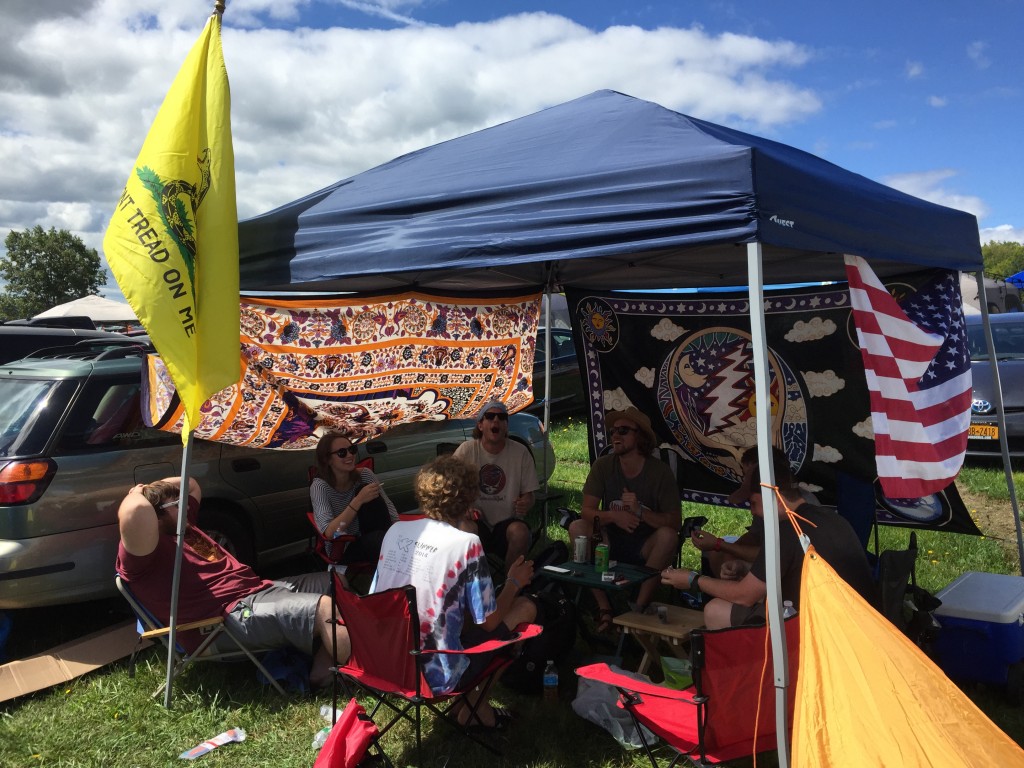 The venue itself spread out the further back it went, but most people stuck to a rectangle area in front of the stage for the performances.  There was a wide assortment of delicious food from vendors at reasonable prices for a festival.  Perhaps the most popular item was the “Jerry Role,” which was nothing more than a giant egg roll with soy sauce, duck sauce, and Sriracha as a filling rather than a dip.  Grab one of these and you were good to go for the rest of the night.

Walking into the venue, the first thing to catch your eye was the incredibly tall stage directly ahead through the gate. It would appear that the stage was built so tall so that the light show would be visible for those even in the back. The second thing one was bound to notice was a strange looking structure directly back from the stage that turned out to be a “science laboratory.” Looking left was a row of vendors that lead to the back of the property on both sides. In the back were other local vendors, a Ferris wheel, and to the left of them was a massive screen attached to the back of a racetrack grandstand. This would be the site of the band’s secret set.

As for the music to spare the reader a play by play, first an overview, and then a breakdown of the eight sets will suffice.

A traditional Phish show consists of two sets. The first typically has a greater selection of songs, and less focus on taking those songs into a jam. A really strong jam in a first set is something special and infrequent. The second usually features more focus on jamming, especially in the latter’s first half. Following would typically feature what many would consider fan favorites: generally more composed yet difficult songs with jams that do not reach the length or exploration of those earlier in the set. Often, the jamming that occurs in the first half of the second set is considered “Type II” jamming, which simply means that the band leaves the foundation of the song they were jamming on, and enter into a completely improvised jam unlike the song it originated from. “Type I” jamming will be found more frequently in the first set and end of second sets and normally indicates that the jam has stayed within the framework of the song.

Phish destroyed these barriers that do not in reality exist except for in the minds of those who listen to a great deal of the band. Almost every set featured some degree of “Type II” jamming, except for the daytime set on Saturday. The band also featured a number of “bust outs” or songs that they do not regularly play, every night of the festival. For example, “Mock Song” had only been played once before Magnaball in 2003. This exploration of their catalog and disregard for traditional sets made for an incredible three nights.

The first set started off with a strong “Simple,” a number whose title does it justice. The song has a catchy riff and its lyrics poke fun at the simplicity of playing in a band. The set then slipped into some major bust outs and finally into quite possibly the strongest jam of the weekend. While “Bathtub Gin” has always been a versatile song, this was no ordinary “Gin” set closer as this time around, the band took off into and incredibly powerful “Type II” jam that left everyone including myself speechless. The song clocked in at 23 minutes and with that the first set came to a close.

The second set would not disappoint with the first half featuring strong jamming on “Chalk Dust Torture,” “Ghost,” and a cover of the Velvet Underground’s “Rock and Roll.” The set then turned to some of the more transcendent pieces, particularly “Harry Hood” and “Slave to the Traffic Light.”  In between those two songs was another fan favorite “Waste” which to quote the great YouTube Phish critic FZappa20 “was for the bros trying to get laid.” For an encore, the woman behind me was treated with “Farmhouse,” arguably the band’s most popular song, to which she absolutely lost it.  After “Farmhouse,” Phish closed the night with the energetic “First Tube.”

Day Two was the day of days as far as this festival went.  To quote one attendee, “Today felt like the best chore ever.” The music kicked off at 3:30pm with a shockingly appropriate “Divided Sky” as the sun had just broken through from what had been a day of complete overcast until right before the show. Phish would work their way through 13 songs, the densest set of the weekend. The highlights of this set were “Camel Walk” and “Undermind” along with the “Divided Sky.”

The second set of the day started around 8pm just as the first set did the night before. The regular and highly anticipated “Tweezer” brought a serious jam that seamlessly transitioned to a rarer yet popular “Prince Caspian” that had a jam so powerful it could have easily brought a grown man to tears, and likely did.  If there is a debate over strongest jam, it will be between the “Tweezer”>”Prince Caspian” jams, and “Bathtub Gin” from the night before.

The third set of the day was arguably the weakest and that by no means should suggest there was anything wrong with it. It featured one very strong jam with one of the band’s youngest songs in “Blaze On,” but other than that, the jams never really seemed to get to the place that they had been all weekend. The song selection was also just a little predictable. The encore, however, brought a cover of Stevie Wonder’s “Boogie On Reggae Woman,” one of the group’s strongest covers and personally, one of my favorite selections for an encore. At the conclusion of the set, some headed back to their campsites, while others stuck around in anticipation of the not-so-secret “secret set.” Not as ambient as years past and actually quite powerful and incredibly psychedelic, it was set up to mock an experience of a drive in movie without the pickup trucks and blankets. Clocking in at 52 minutes, it was the perfect way to end a very long day. 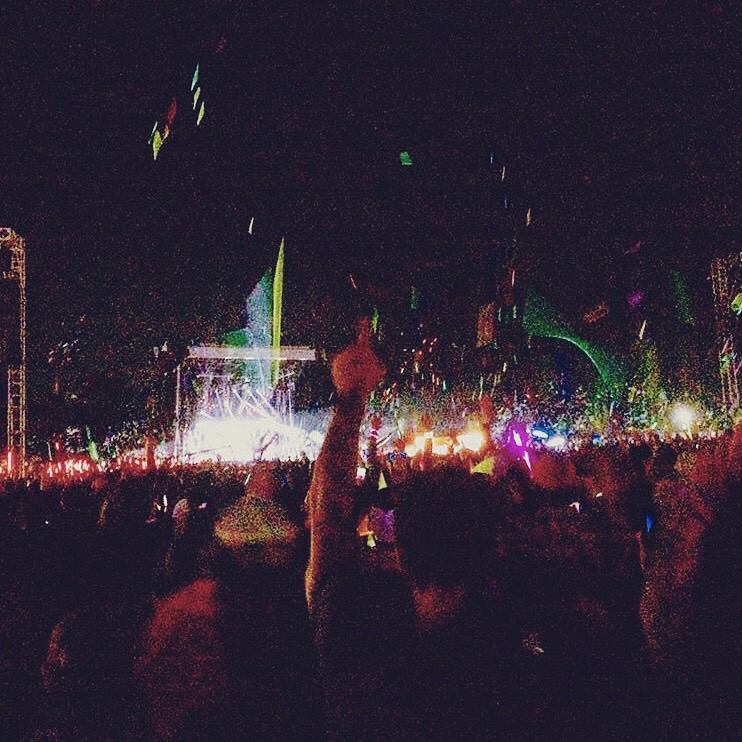 On the final day, we rested during the sun’s peak and headed in as dusk began to hit. All weekend, “Punch You in the Eye” was thrown around as possibility the greatest show opener, and on Magnaball’s final night, we were given just that. Phish later played one of their most popular pieces “Reba” which follows the structure of many of their older songs like “Harry Hood” and “Slave to the Traffic Light” as it begins with composition and then slides into a transcendent and ambient jam that reaches a peak. After “Reba” came the a cappella “I Didn’t Know” in which Trey Anastasio took the time to thank the members of the Phish crew who so often go unnoticed.

The final set did not disappoint, kicking things off with “Martian Monster,” one of the highlights of the bands musical costume from Halloween 2014.  Arguably the best jam of the night came in “Scents and Subtle Sounds” which although short, wasted no time and all four members of the band really locked into a strong “Type II” jam. The set closed with a “Mike’a Groove” (“Mike’s Song” and “Weekapaug Groove”) and in between the groove were both “Fuego,” the title track of their most recent album, and “Twist.” For an encore, we were treated with “You Enjoy Myself” another incredibly complex tune that goes into a jam that the band has played more times than any other song in their catalog, and for good reason.

Phish exceeded expectations for Magnaball. Throughout their entire summer tour the band developed seemed to deeply evolve their jamming and are without a doubt playing their best music since their return in 2009. Magnaball served as a vehicle for the band to experiment and stretch out their music more than they might otherwise have the time to do. There is a reason that the band has continued to put on these festivals, and Magnaball is a testament to that reasoning.  With a few days in the same venue and no limits on time or how things can or cannot be done, one of the most creative four piece bands in rock music history achieved what few other bands could hope to do.