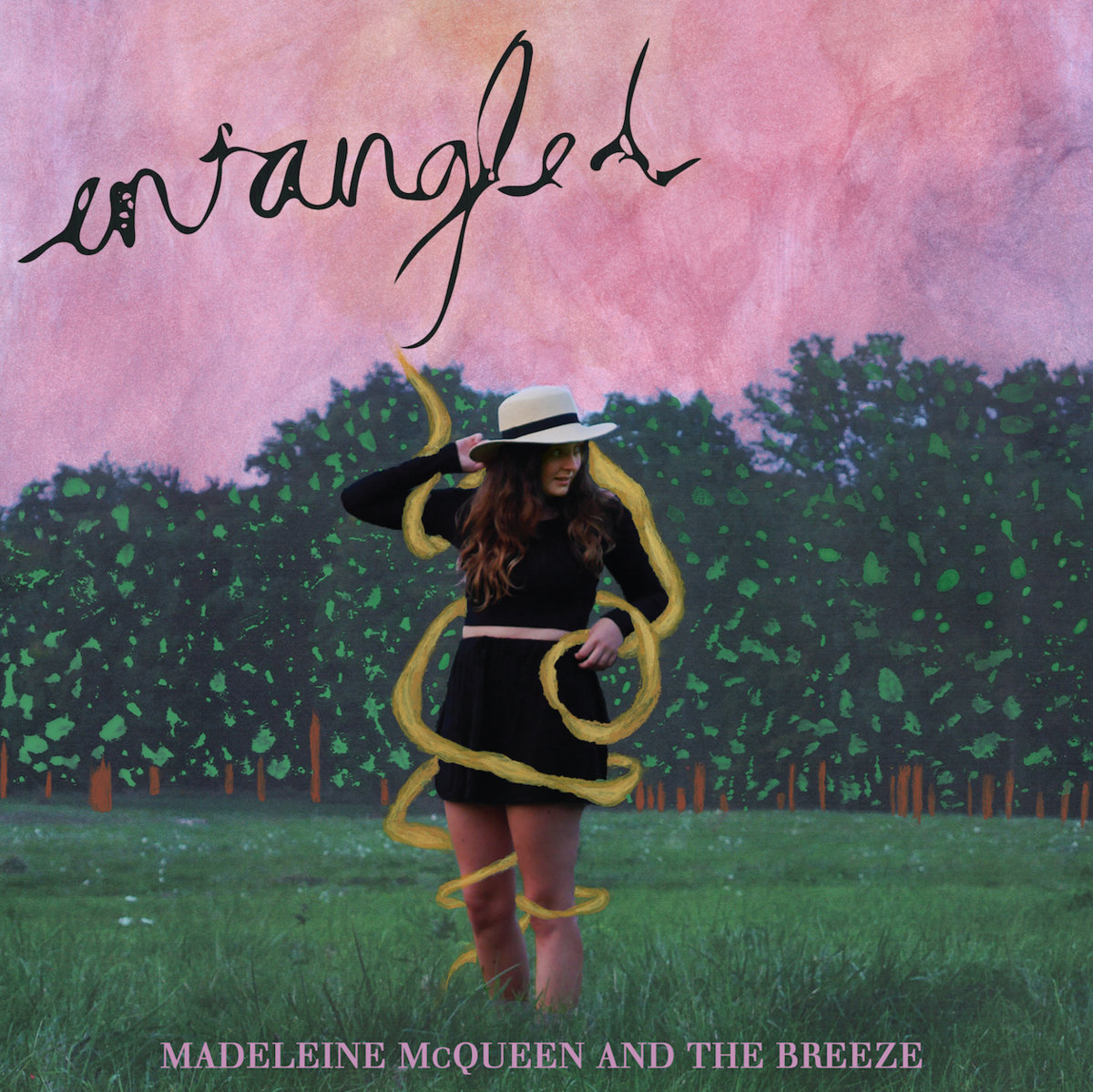 With nearly every city having a crowded folk scene, it takes a truly special talent to stand out; and that’s why we take the time to bring you, Rochester’s Madeleine McQueen and the Breeze. At the tail end of 2016, when the music blogosphere was busy compiling their top lists of 2015,  McQueen quietly released  her EP titled Entangled. While the sharp songwriting and mesmerizing vocals of her earlier release seem to continue to have grown, it’s the addition of the grand layered arrangements that help it stand out from the work of other local singer-songwriters.

Each song from opener “Long Gone” to “SMIC” have sweeping instrumentation that give them an energy and passion often missing from the local folk scene. This is not to miss the excellent songwriting though, with title tracks like “Entangled,” Madeleine finds a way to perfectly sum up the conflicting barrage of emotions that swirl around one when losing someone they love. Elsewhere the self-conflicting self-help mantra of “Loosen Up” playfully showcases the difficulties of trying to talk your head out of feeling some of those same emotions.

I can’t help but be reminded at times of the work of a few other talented young women who seem to have enlivened the folk scene, as much of Madeleine’s work seems to recall recent artists like Waxahatchee and Lady Lamb the Beekeeper. Madeleine McQueen and the Breeze seems to be another entry into this exciting new crop of singer-songwriters and I look excitedly forward to where she and her band will go next.