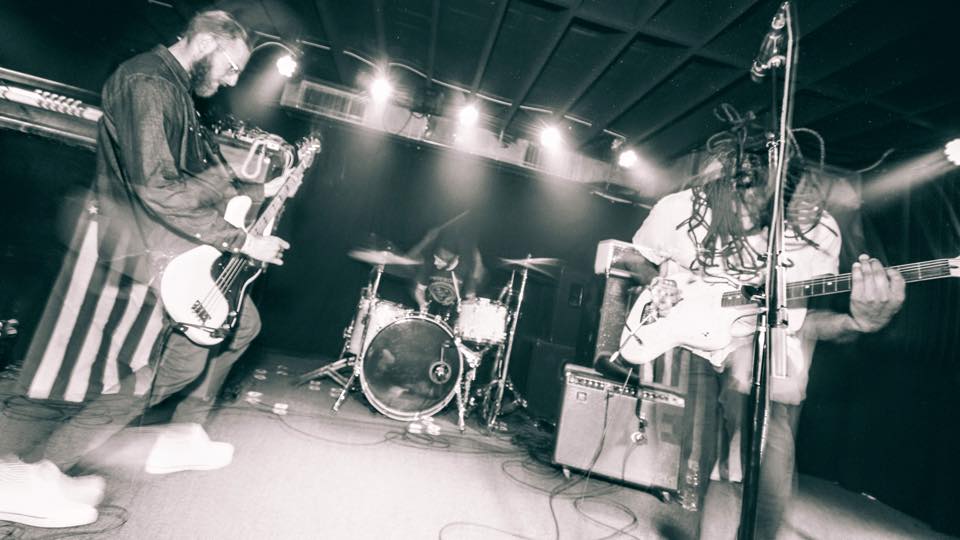 That Made Violent homecoming show the other week at Waiting Room was great for a variety of reasons, but one of my favorites was watching the crowd meet M.A.G.S., who played second at the show. It’s always enjoyable watching a crowd get introduced to an new act, but that Friday night something more happened: that audience watched M.A.G.S. with rapt attention, all eyes seemingly fixed on the three guys onstage, main man Elliott Douglas in particular.

Cloaked in dreads and coiled purposefully behind his guitar and mic stand, he unleashed a mesmerizing set of bold post punk and new wave grooves that got the growing audience on his side in no time, and by the time the trio finished up, Made Violent might’ve been the hometown heroes on the verge of breaking out, but M.A.G.S. was the starlet serving notice that it were next.

Which brings us to Saturday’s 5th Year Birthday Party, featuring among others, M.A.G.S., who’ll be performing songs from Douglas’ fine, self-produced EP, Cellophane (Admirable Traits Records), and mesmerizing the crowd at Nietzsche’s too. Ordinarily, at some point I’d have to mention The Malones (Douglas’ prior band), but here it’s only done in passing because that’s old news, and we have to move on. M.A.G.S., on the other hand, is the future and we’re really lucky the blog’s party people have Douglas’ brainchild playing our festivities (please note: I am not on that committee, I’m on the JUST SHOWS UP COMMITTEE). M.A.G.S. is a band I want to see more of.

Douglas and crew go on second, on Nietzsche’s back stage. Party begins at 10pm with a cover of $7.