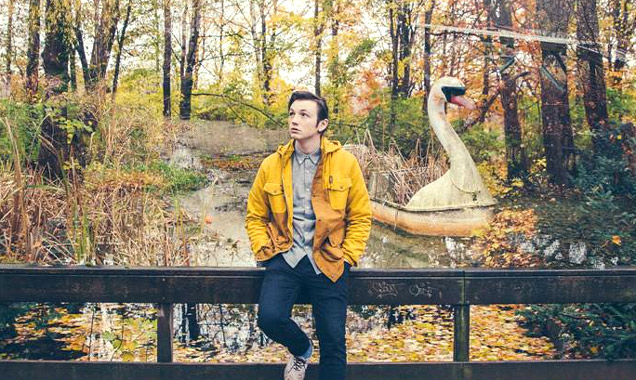 Lewis Watson may have millions of views as a YouTube star and a rising social media presence at only 21 years old, but he’s unlike many of his other youthful counterparts on the cusps of fame. Instead of spiraling out of control since he’s gotten famous, Watson has preserved a down-to-earth authenticity that’s kept him grounded and even helped to maintain his uniqueness while others his age have sacrificed creativity for mainstream trends. In the vein of other singer-songwriting guitarists like Jake Bugg and Ed Sheeran, Watson’s debut album, The Morning, delivers maturity far beyond his age and a distinct musical style that will without a doubt find its niche somewhere in the alternative market.

Over the last two years, fans of Lewis Watson have gotten a plethora of insights on what his debut album would sound like due to five highly successful EPs that featured a mix of originals and covers. On The Morning, the UK singer definitely benefited as it’s given him time to fine-tune the kinks out of his music and make something that truly hones in on his ideas. It all starts off with “Stones Around the Sun,” a clever combination of Watson’s signature acoustic-based style and a subtle synth that skillfully builds up to the chorus. This song comes out of the gate as a clear standout due to the unorthodox vocal arrangement that sits on top of the energetic instrumentation.

You can really see the depth in the album’s overall thoughts and capabilities in “Outgrow” as the song talks about the struggles of growing old while Watson himself is merely entering young adulthood. The light guitar plucks rhythmically power the emotional connection in the song while Watson’s lyrics convey his struggles with in-depth, personal scenarios: “Remember when we were children. We were just children singing songs passed down from your father. Before we started growing old.” Later, on “Stay and “Halo,” Lewis takes his typical stripped-down, guitar-centric approach and molds it into a whole new creation with richer, more textured soundscapes.

A smooth chorus opens the optimistic “Into the Wild,” a song poetic in nature that is coupled with an intriguing guitar melody that is elevated by the percussion and tambourine beats. This is arguably the best song on the album and rightfully so, as it takes a larger sonic chance than many of Watson’s other tracks. The song comes across anthemic and highly contagious, making it a suitable choice to get Watson’s name out there.

Undeniably, Watson has a voice that naturally possesses the qualities to make a huge footprint on the music industry, however, it becomes transparent that he still needs time to develop and perfect his sound. His problems become especially apparent on “Sink or Swim” and “Close,” both of which instrumentally and vocally feel empty to the point that a lackluster performance clouds their outstanding lyrical content. Overall though, Watson’s first album introduces a promising young entertainer who has a few things to work out musically before his next record, but in the meantime he can enjoy all the perks of his record finally coming to fruition.