The Leones – Ghost in the City 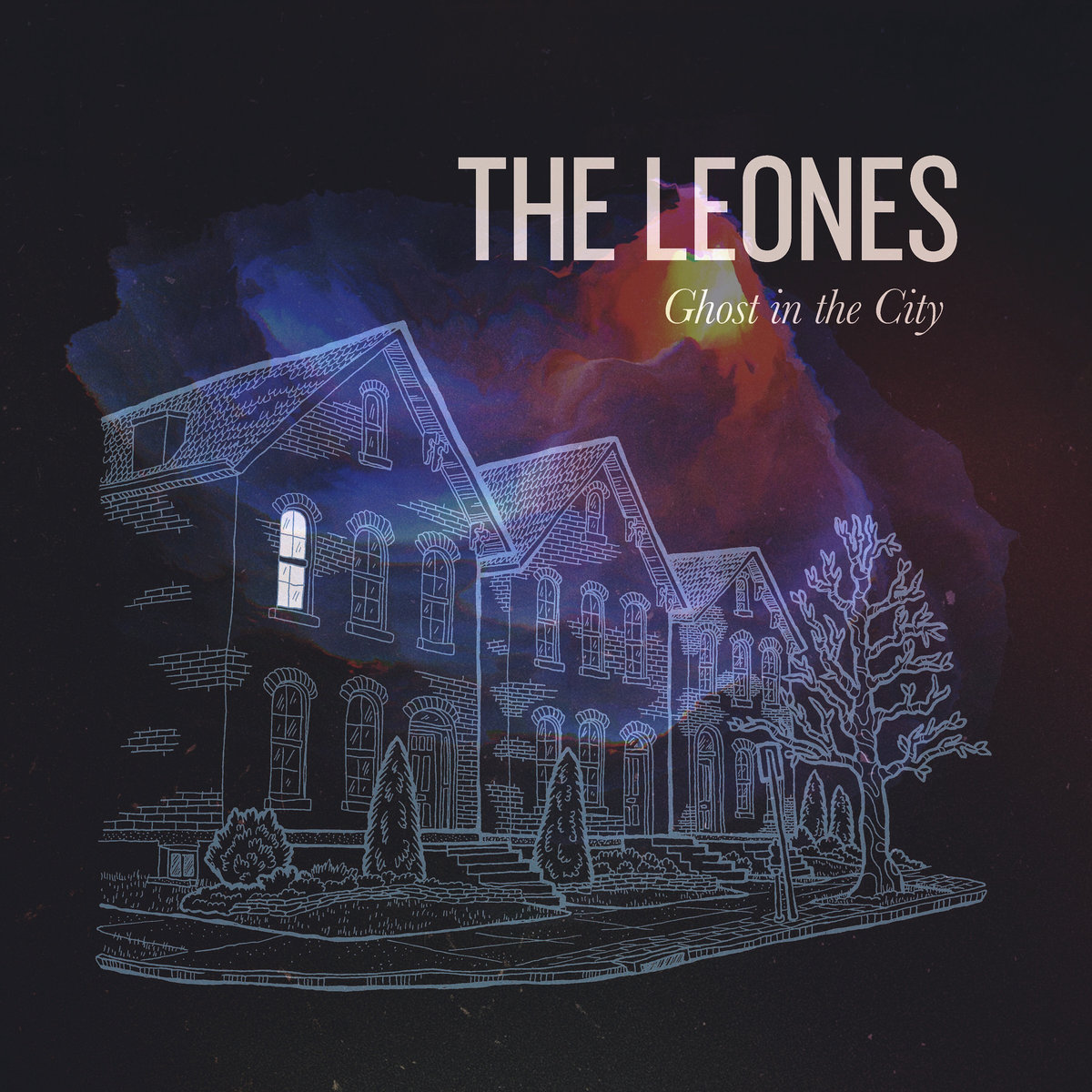 Like something out of retro Gotham comes Ghost in the City, a melancholic gaze into the haunted homes of the album. For the most part, this gaze sets its eyes on love despite the album’s eerie, mysterious lyrical settings buttressed by the deep instrumentals. Ghost in the City tells it’s tall tales in Kurt Vile-style: The songs are usually five-and-a-half minutes or more. The men of The Leones, Justin Bachulak and Dustin Lau, used their indigo pallor to create something of wondrous quality.

“Where I Want You” begins with brilliant retro synth that seems straight from the late Castlevania projects. A solid folk voice masked in some reverb joins the composition. The song talks of a girl named Anne. All she could do was “fold,” yet the main character (who seems creepy) sought her out for some reason. The guitar augments the final minute or so of the song, adding dreamy wails to the fray. “Something’s Rustlin'” finds it self the odd one out on Ghost in the City. I say that because there is a Dracula-esque voice supporting the lead vocalist in the chorus and some of the verse. Regardless, the song is about the same structure as the first. An arpeggiated synth tone serves as the rock while the guitar sings from a more forefront position with strums and solo notes. Ohs carry us to the end.

Song 3, “Eyes” is a desolate story about a girl who drown in the ocean. The main character keeps searching for her when he’s not stuck in a hopeless dream. “And sometimes people lose their minds. It happens all of the time.” Queue here a shoegaze guitar interlude. Meanwhile, you have a light arp synth keeping time gently. Drums take a noticeable role for the first time on the EP at this point. “I’ll Wait for You” starts with church organ like synth and very reverbed guitar shrills. This song is the ballad of the bunch. Once it gets going, it sounds big. Think Meatball. “I’ll Wait for You” is about a lover losing his one and only to a killer. The protagonist doesn’t want his lover to suffer, however, doesn’t want to be left alone. Toward the end of the song is some effected guitar shredding and a blistering plucking of sonic energy.

Track number 5, “Fire Walk with Me,” is another tune featuring the classic instrumentation of The Leones. Drums are a more important part of the song, keeping the beat rather than  backbone piano. There are intermittent jams of drums, synth, and guitar. The sunburnt synth kicks off the jams. A beautiful pad pulls in your attention until it ends the song. This song’s lyrics are arguably difficult to understand, but something of note the protagonist does is work himself ragged until there’s nothing left. “Wolf (Outro)” is the finale. Immediately, the guitar takes precedence with tremolo yawns. It’s an equally confusing track lyrically – you don’t know if the main character is speaking of his lover or his lover’s killer throughout the song. The piano is confident, yet confounded. And thus marks the end of our trek through the City.

Like Elvis Costello and The War on Drugs, The Leones thrive on jammy, dark, vast soundscapes. You can stream Ghost in the City below, or purchase it here.